The Virus That Has Changed Science: Research Is Hibernating, but Scientists Join Forces Against Coronavirus

Although the COVID-19 pandemic will still be part of our lives during this summer of 2021, for many of the planet’s inhabitants these summer holidays will at least be somewhat more similar to how they used to be before this global catastrophe hit. While this summer can be an opportunity to reflect on this health crisis that has changed the world, this can also be an occasion to resume reading about other problems that we cannot afford to ignore, such as climate change and the deterioration of the natural world, but also to indulge ourselves with the fascinating biography of some under-remembered scientific figure or to see if a renowned astrophysicist is able to convince us that we have already seen proof of intelligent alien life, among other intriguing options. 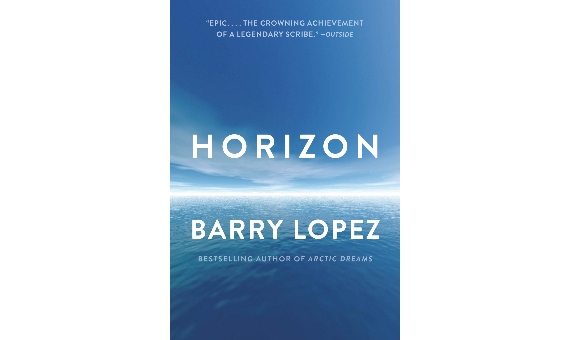 After the recent passing of the man who has been called the world’s greatest nature writer, we are left with the solace of enjoying his definitive and most personal work. Barry Lopez delighted millions of readers around the world with Of Wolves and Men (1978), Arctic Dreams (1986) and almost twenty other books through which the American biologist taught us not only to love nature, but also to believe in the conviction that human beings and the planet do not have to be incompatible, nor do humans have to be so with each other. Horizon is a compendium that calls for a leisurely summer reading—half a century of journeys across six landscapes, through their natural heritage, human experience, science, tradition and culture, and how thousands of years of this complicated relationship, from the first human migrations to today’s mass tourism, has given rise to a maimed but extraordinary world. 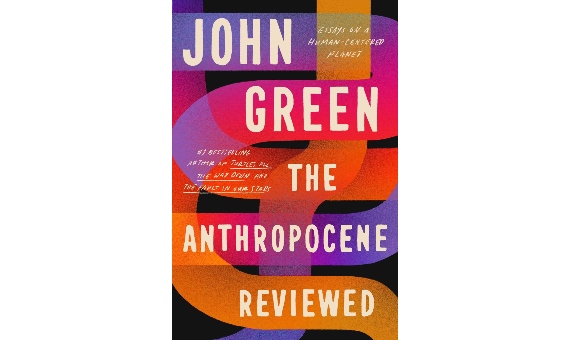 The Anthropocene Reviewed: Essays on a Human-Centered Planet

In 2018, the writer and youtuber John Green created a podcast called The Anthropocene Reviewed, an umbrella title under which the author discusses everything that arouses his curiosity about the era of the human being—the Anthropocene—from the cave paintings of Lascaux to the board game Monopoly, or from the bubonic plague to velociraptors. Green’s witty yet personal style, along with the peculiar format based on five-star reviews and ratings in the manner of those we can now find ubiquitously on the Internet for almost anything, made his podcast so popular that it prompted his first non-fiction book, which brings together 44 of these essays. As with the podcast, the book has earned rave reviews, which have propelled it onto The New York Times Best Sellers list. 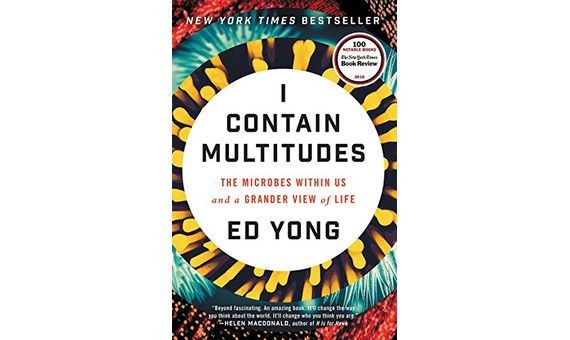 I Contain Multitudes: The Microbes Within Us and a Grander View of Life

“I contain multitudes,” wrote the poet Walt Whitman in reference to our identity that transcends the boundaries of the self. The renowned science journalist and biologist Ed Yong, renowned for his work in The Atlantic magazine and before that in media such as The New York Times, Nature and National Geographic, borrowed the phrase to title his first book; in this case, the multitudes we contain are those of the microbiome, the trillions of microorganisms that our body houses and that equal in number our own cells. In this work, which made The New York Times Best Sellers list, fans of Yong’s journalism will find his usual award-winning style, explanatory and rigorous but also humorous, in a work that explains how microbes are not the enemy, but a large part of our own selves. 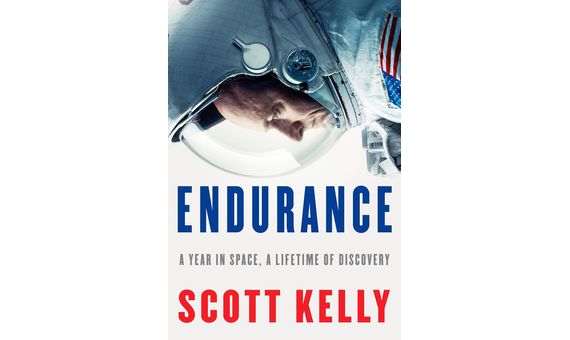 Endurance: A Year in Space, a Lifetime of Discovery

For any fan of human space adventure, Scott Kelly hardly needs an introduction, even if there have now been so many astronauts who have travelled to the International Space Station that it would be a feat to remember all their names. Kelly’s peculiarity is that he and his brother Mark were the first space identical twins. During the almost full year that Scott lived at the orbital base and his brother remained on the ground, NASA scientists had the rare opportunity to study the effects of space on the human body with an unbeatable control, his almost exact copy. But beyond his space experience, Kelly has also demonstrated a special talent for storytelling. Endurance is a gripping account of the practical challenges of life away from Earth, but also of the emotional challenges of a human being facing the loneliness and vastness of the universe. 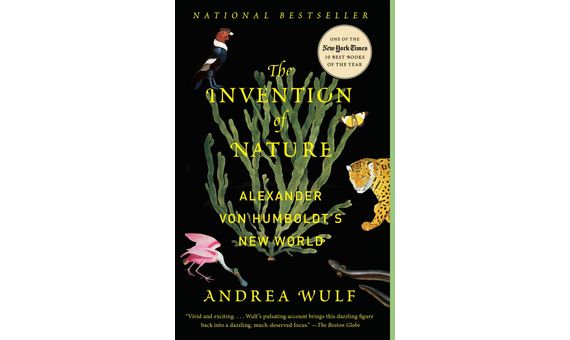 Alexander von Humboldt is not exactly an unknown figure, but neither is he on a par in terms of popularity with the travelling scientists of his time such as Charles Darwin or adventurers such as David Livingstone. And yet the German—Prussian at the time— garnered enough merit in his dual role as explorer and scientist for his biography, by award-winning author Andrea Wulf, to be read as both an adventure novel and a history of science. The work and life of von Humboldt not only laid the foundations of ecology and influenced scientists such as Darwin himself, thinkers such as Goethe and Thoreau and politicians such as Simón Bolívar and Thomas Jefferson, but his observations also led him to warn of a risk that was considered unthinkable at the time—that humans could influence climate change. 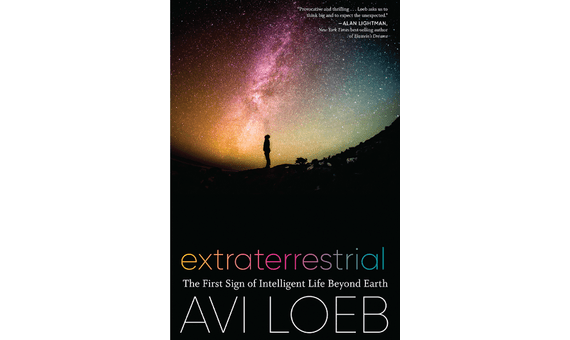 Extraterrestrial: The First Sign of Intelligent Life Beyond Earth

Harvard University astrophysicist Avi Loeb is today one of the most renowned scientists in his field, thanks to his work on black holes, the early universe and other classic subjects of academic science. With these stellar credentials, Loeb is a voice to be respected when he expounds on his less orthodox side: his conviction that extraterrestrial civilisations exist, and that we have proof of them. According to the astrophysicist, the proof is Oumuamua, the first interstellar object detected in our Solar System. Since shortly after its discovery in 2017, Loeb has argued that it is a technological artefact—a solar sail—an opinion that flies in the face of what most experts believe. Loeb’s own book is as provocative and controversial as the idea it supports. It is up to the reader to decide whether or not Loeb has made his case. 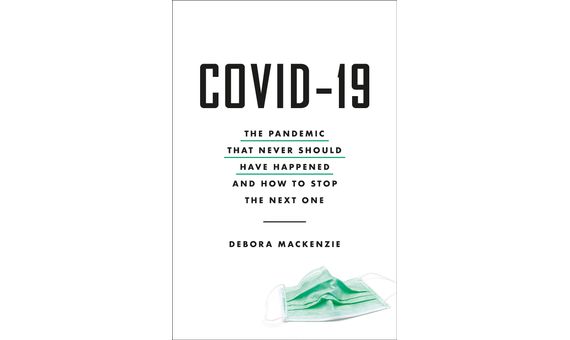 COVID-19: The Pandemic that Never Should Have Happened and How to Stop the Next One

Although the roll-out of the COVID-19 vaccines might invite us to feel that the end of this nightmare is in sight, it would be a mistake to try to just turn the page and forget what has happened in the world over the last 18 months, for—to recall the old aphorism—that would lead us to repeat the same mistakes in the future. This is the essential message of Debora MacKenzie, a health journalist for New Scientist magazine and one of the true experts who understood global infectious threats and health crises before this current one. In her book, written during the first phase of the pandemic, MacKenzie gives us key insights into why the world and its governments and institutions failed to prevent a disaster that was foreseen and whose mistakes go back a long way, exposing our poor management of the planet that has led to catastrophes such as the one we are experiencing. Learning the lessons of COVID-19, says the author, is the key to doing better in the future. 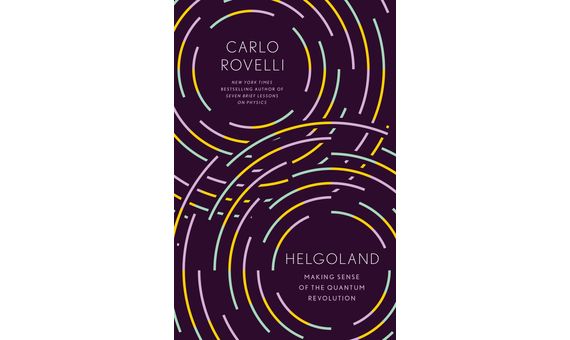 In 1925, the physicist Werner Heisenberg, suffering from a rampant allergy to pollen, retired to the small German island of Helgoland in the North Sea, the very place where the words to the German anthem were written, a place without trees or pollen. It was there that the fruit of his discussions with Niels Bohr and other colleagues coalesced to give mathematical form to quantum mechanics. Through this fragment of history, theoretical physicist and science populariser Carlo Rovelli—author of the bestselling Seven Brief Lessons in Physics and other popular books— lays down a path for any interested reader to finally understand the meaning of quantum theory and how it dramatically changed our understanding of nature, the universe, our place in it all and even our own consciousness.

The Enigma of Flatfish Asymmetry