6 Science Books for this Summer

There’s something that’s able to pass on knowledge under the shade of a palm tree on a sandy beach, on the patio of a cafe in Nairobi, or in the last house at the bottom of the most remote valley. And no, it’s not a smartphone, but another object that never runs out of coverage, whose battery never goes dead, and which always operates at full capacity, even without a Wi-Fi connection: a book. This is our selection of some great scientific books to accompany those long hours of vacation. 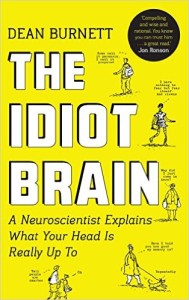 The human brain has been the subject of countless works of popular science devoted to extolling the wonders of the gray matter in almost reverential tones, that at times seem to drift towards the quasi-mystical or towards empowerment and self-improvement. This is not the style of Dean Burnett, a neuroscientist, but also at times a humorist. The goal of Burnett is very different; he wants to explain to us why our brains seem to conspire to sabotage our lives. Why do we lose an argument against someone who knows a lot less than we do? Why do we recognize someone but are incapable of remembering his or her name? The imperfections of the brain are seen in everything we say or do and, according to Burnett, even superstitions or conspiracy theories are the inevitable effects of a healthy brain. Healthy, but stupid. 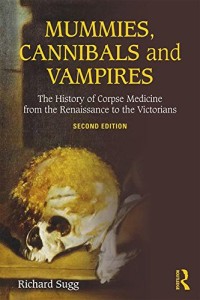 Under the subtitle “The History of Corpse Medicine from the Renaissance to the Victorians”, the professor of literature at the University of Durham (UK), Richard Sugg, reviews a little-known chapter of European history: corpse medicine, “that saw kings, ladies, knights, priests and scientists prescribe, swallow or wear blood, flesh, bones, fat, brain or human skin in an attempt to cure epilepsy, wounds, bruises, fever, cancer, gout or depression.” In this second edition, Sugg has incorporated new material resulting from his thorough investigation into a fashion that, disguised as medicine and not without a few doses of superstition, turned cannibalism into a common and respectable practice in Europe from the Middle Ages until almost the twentieth century. 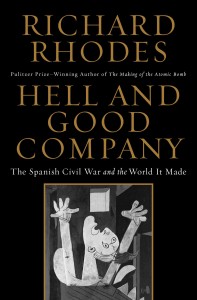 The winner of the Pulitzer in 1988 for The Making of the Atomic Bomb, the American Richard Rhodes, immersed himself in the history of the Spanish Civil War (1936-1939) to show a little explored aspect that converted that conflict into a field test for numerous medical and military technological advances that would later be applied extensively in World War II. Through the first-person stories of reporters, writers, artists, doctors and nurses who lived through the war, the author relates how the battlefields of Spain became laboratories for the testing of new weapons and aircraft, from terror tactics like aerial bombardment, to innovative techniques of field surgery, to blood transfusions on the front line. 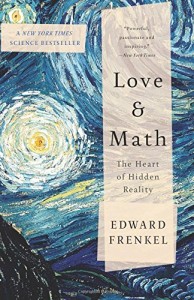 When even primary school teachers admit the difficulty in getting children interested in math, perhaps there really is something wrong, though not in children but in the focus of teachers. This is the view of Edward Frenkel, the well-known mathematician and popularizer of Russian origin, for whom the way in which mathematics is usually taught is the equivalent of giving art classes by having the students paint a fence without ever showing them the works of Van Gogh and Picasso. Frenkel’s book, a New York Times bestseller translated into 16 languages, is a personal love story that has attracted readers around the world to a discipline that is, in the words of the author, “the heart of the hidden reality.” 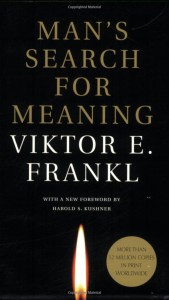 A re-edition is always a good opportunity to rediscover a classic. Seventy years after its first publication, the writing that introduced the Austrian neurologist and psychiatrist Viktor Frankl to the world remains a fundamental work for a society of individuals burdened by everyday anxieties. Few psychiatrists have faced a task as hard as the one Frankl took on: finding meaning in life, and helping others to find it, in a Nazi concentration camp. That experience was for Frankl not only experimental, but also scholastic, since from it was born his approach called existential therapy. The New York Times recognized it as one of the ten most influential books in the US.

6. Physics of the Impossible, Michio Kaku 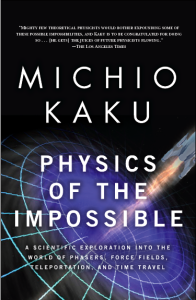 The American scientist, Michio Kaku, has managed to become one of the most popular physicists of our times thanks to his role as a science popularizer who not only explains the science of what exists, but also puts our dreams for the future to the test. He refrains from making unfounded promises and always leaves the door open to what we consider impossible today, which at one time would have included television, airplanes or space travel. On this basis, Kaku explores the speculative technologies and the limits of physics to extrapolate to what extent we might expect some of the classic storylines of science fiction, such as time travel, invisibility, telepathy and teleportation, to actually come true.

A Rose is a Rose... and also a Thorny Logical Challenge