The Role of Artificial Consciousness in AI Systems

The US Opaque Control over the Internet

What Can I Do About Climate Change?

A Rose is a Rose… and also a Thorny Logical Challenge

A novel logical-mathematical problem featuring equations where the different terms are flowers, has become popular in China and from there, through social networks, has engaged thousands of people in half the world.

Is this new? Well, almost forty years ago a similar problem, game or puzzle tested the logic and inductive capacity of some of the most promising American computer specialists of the time, including Paul Allen and Bill Gates, whom the challenge put in check. Since then, the game, known as “Petals around the rose“, has become a sort of legendary initiatory test for computer-geeks. 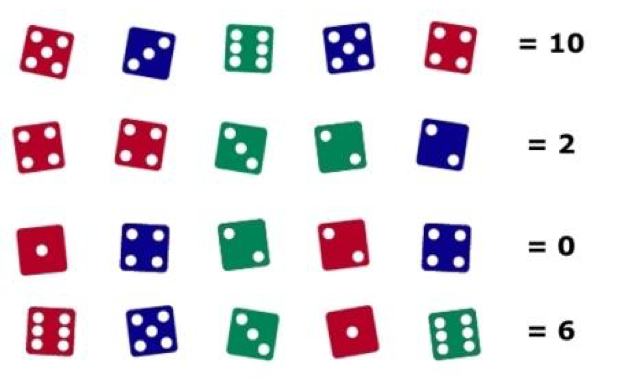 The goal is to deduce the algorithm, the formula that transforms each set of five dice into the number. And the origin of the game is just as enigmatic. Apparently, it was invented sometime in the 1970s in the mathematics department of the University of Southern California, though in some forums it has even been suggested that it’s a version of a game devised in the court of Genghis Khan.

What we do have documented is the exact moment that it acquired its legendary status, thanks to an account of the episode that Henry Gilroy gave in the September-October 1977 edition of Personal Computing magazine.

It was Gilroy himself, during the tedious wait in the airport on the return trip from the National Computer Conference in Dallas, who introduced the problem and challenged the gathered computer experts from Microsoft and MIT to solve it.

The rules of the game, which only requires five dice, cannot be simpler:

Returning to the impromptu competition organized by Gilroy, after a while Bill Gates was the only player left among those who had not chosen to give up from discouragement and/or despair that they had not yet discerned the secret. Gates even requested a piece of paper so that he could “think better”. Finally, after an hour and a half of frustration and trying out countless algorithms, he discovered the implicit logic of the game. The impact that this generated in Gates was so great that he quickly improvised a short computer program on a napkin to solve it, in which, they say, he made it clear the reason he was having trouble.

The truth is that if players pay attention to the name of the game (“Petals around the rose”), they don’t generally require many rolls to find the mechanism that governs it. With this in mind, this sequence of moves should be more than enough: 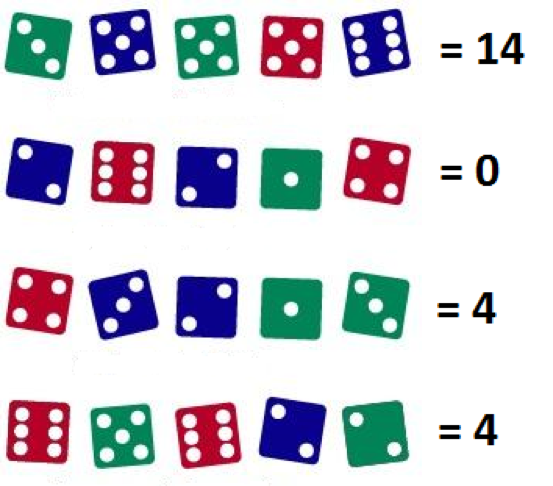 As we have already advised, the key to solving the puzzle is in the title. In every roll we have to count exactly the number of “petals around the rose.” Those dice that have a dot in the centre are considered to be “roses”, i.e. the 1, 3 and 5. And the “petals” are the dots that surround the centre dot. We know that on the faces of the 2, 4 and 6 there is no central dot –no rose and no petals–, so these count as zero. On the face of the 1 there’s a central point but no petals, so its value is zero. This leaves us with the 3 and 5 as the only faces that have a score, two and four points respectively, based on the number of petals they have around the centre dot.

If we take the above dice as an example, the explanation of the result would be the following:

Small Data vs. Big Data: Back to the Basics