The Silk Road: the Route for Technological Exchange that Shaped the Modern World

Switch on the Christmas lights

Faced with the climate emergency in which we are immersed, throughout 2021 in OpenMind we have reviewed the main axes of thought and debate by experts and scientific studies on the goal of reorienting human society towards a more sustainable model: carbon neutrality and net zero, energy efficiency and emission rights, food and meat consumption, more sustainable materials, natural disasters, air quality and pollution and agriculture and livestock are some of the main areas in which the proposals are focused. At the end of the year, and by way of conclusion and closure, we present here a collection of readings to deepen our understanding of a central idea of sustainability: climate change. In some cases, these recommendations will also remind us that disaster can inspire great writing. 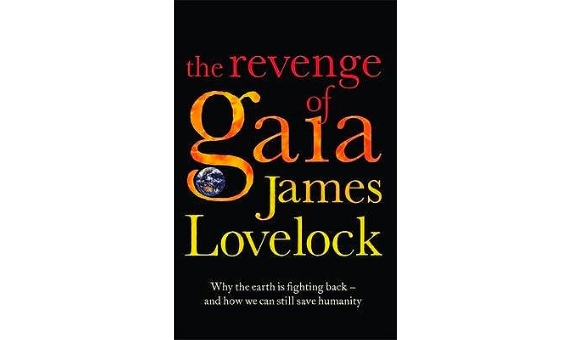 The Revenge of Gaia: Why the Earth is Fighting Back and How We Can Still Save Humanity

Ever since James Lovelock and Lynn Margulis developed the Gaia hypothesis in the 1970s, the idea of the Earth as a great self-regulating organism, this theory, even with its controversies, has become a reference for current thinking on sustainability. In a way, to read the now centenarian Lovelock is to go back to the roots to understand the foundations of a society undeniably concerned about the future of our planet. Among his many books, The Revenge of Gaia is a revision of the original concept through the development of a feedback hypothesis between climate and marine ecosystems, with catastrophic consequences for the survival of life on Earth; controversial and radical, as Lovelock’s work tends to be, this book is essential to provoke debate and a call to action. 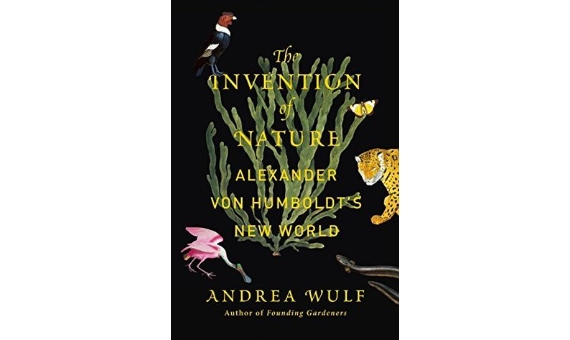 The historical perspective is an interesting point of view from which to approach the current climate crisis, especially attractive for fans of classical themes or those who are curious about “how it all began.” For this reason, it is fitting to rescue here a literary recommendation that has already formed part of our reading list for the summer of 2021 and which is once again timely in order to approach the origin of our knowledge about climate change through the first scientist who saw it coming: Alexander von Humboldt. As well as containing the key insights into the German’s observations that led him to predict the human impact on climate, the biography by award-winning author Andrea Wulf reads like a true adventure novel set in the golden age of exploration. 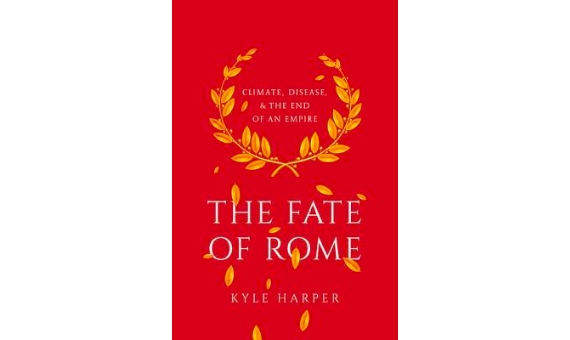 The Fate of Rome: Climate, Disease, and the End of an Empire

Without abandoning the historical perspective, and despite the fact that any time in the past was better than today when it comes to human influence on the global climate, it serves as a cautionary tale to learn how the rise and fall of some classical civilisations were determined not only by armies and battles, but also by environmental factors that have often been overlooked. Historian Kyle Harper, who specialises in classical Rome, reveals that it was not only the barbarians, the Ottomans and economic and political crises that brought the Roman Empire to its knees, but also that its foundations were severely undermined by changes in climate due to a natural factor—volcanic eruptions—and by epidemic diseases. In this way, the author conveys a lesson that is more necessary today than ever, about how nature is always stronger than human ambitions. 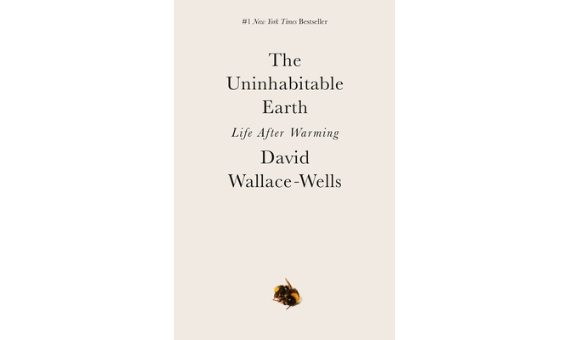 The Uninhabitable Earth: Life After Warming

Facing the most pessimistic forecasts about the effects of climate change is not pleasant, nor are scientists unanimous that scaring people is the best way to call for action. This was one of the criticisms levelled against “The Uninhabitable Earth“, a long article published in 2017 in New York magazine by climate change journalist David Wallace-Wells. The second main criticism from several scientists was that the scenario portrayed was overly alarmist according to current science. But Wallace-Wells managed to make his piece the most widely read in the publication’s history and one of the best-known essays on the subject, whose impact Slate magazine compared to that of Rachel Carson’s Silent Spring in 1962. In the book of the same title, Wallace-Wells expands and deepens the ideas from the original article. 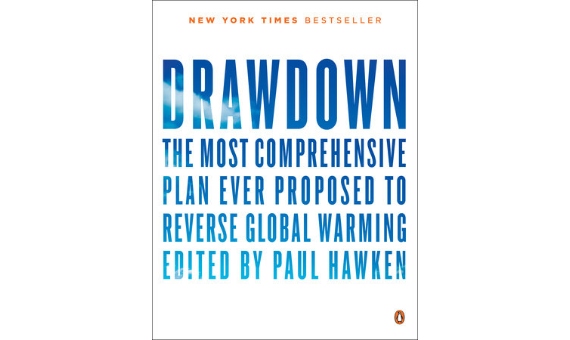 Drawdown: The Most Comprehensive Plan Ever Proposed to Reverse Global Warming

Great evils require great remedies. Knowing the magnitude and urgency of the problem must be a means to an end, that of finding solutions. There are numerous books that address and propose strategies in the fight against climate change, but when it comes to great remedies, no volume presents such an extensive collection of proposals as the one put together in 2017 by entrepreneur and environmentalist Paul Hawken. The impact of Drawdown—a term for the point in the future when levels of greenhouse gases begin to decline—was such that it has become a reference for heads of state and a subject of study in schools; a chain of hotels in New Zealand placed it in its rooms alongside the Bible. The 100 solutions compiled by Hawken have spawned a project to put them into practice. In 2021, Hawken has published Regeneration, a new book and project that aims to become a handbook for ending the climate crisis within a generation. 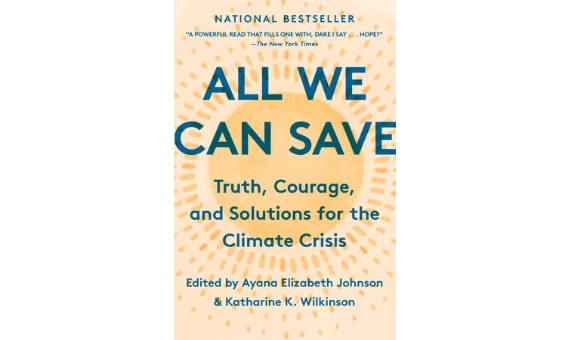 All We Can Save: Truth, Courage, and Solutions for the Climate Crisis

When it comes to solutions to climate change, the voice of women is more relevant than ever; indeed, it has been a young girl, Greta Thunberg, who has managed to raise awareness in a way that even the world’s greatest leaders have failed to do. In one of the most acclaimed recent books on climate change, marine biologist Ayana Johnson and climate strategist Katharine Wilson, both renowned climate activists, bring together the contributions of more than 50 women from different backgrounds, sectors and professions, in the form of essays, poems and artistic visions that address the climate crisis from multiple approaches. The result is an anthology that conveys a message of inspiration, hope, justice and collaboration, and has motivated the creation of a project to promote initiatives and communities that represent the voice of women in the face of the climate emergency. 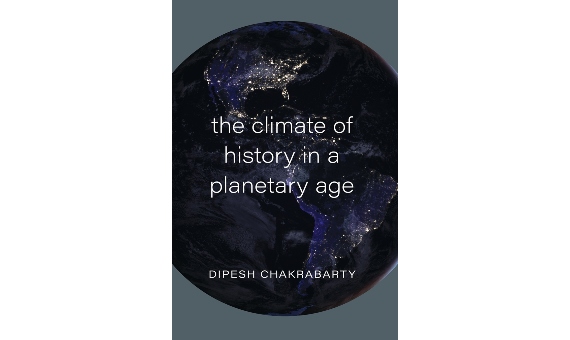 The Climate of History in a Planetary Age

On the more theoretical side, and for those interested in philosophical reflection on climate change, a recommendable option is the work of the award-winning Indian historian Dipesh Chakrabarty at the University of Chicago. From his studies on the post-colonial world, Chakrabarty began to investigate the historical evolution of thinking on climate change, and how our conception of the world conditions our understanding of the problem we face. Thus, the author confronts two visions, the global one, centred on the web of human society, the economy and markets, and the planetary one, which shifts the focus from humans to the forces of nature and whose understanding is crucial to achieving the goals of sustainability in the Anthropocene era. 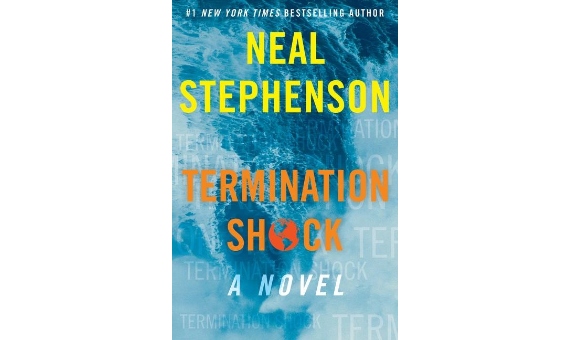 Even those minds most attuned to the climate crisis need some escapism through fiction. But for those who don’t want to put such a pressing problem aside in their leisure time, in recent years the subgenre cli-fi, a climate version of science fiction, has grown to such an extent that today there’s such a wide range of novels in this field that it’s hard to select just a couple of recommendations. Because of its novelty and the legion of followers that the author attracts, it’s worth highlighting Termination Shock, the entry of classic sci-fi master Neal Stephenson into the arena of cli-fi. Through a heterogeneous gallery of characters, this vibrant technological thriller places us in the near future of an Earth ravaged by climate change, emphasising the thorny dilemma posed by the problem and its possible solutions, the consequences of which may be even worse.

The Ministry for the Future

In the realm of the cli-fi novel, one of the kings of science fiction, who over the last decade has also emerged as one of the most outstanding authors of climate fiction, deserves special mention. American author Kim Stanley Robinson, best known for his Mars trilogy, has maintained an environmental focus throughout his work, which in 2012 crystallised in 2312, a speculative work set three centuries in the future that won the Nebula Award. In New York 2140, Robinson explored life in the Big Apple submerged under 15 metres of water. His most recent instalment, praised by Barack Obama on his 2020 reading list, places us in the much nearer future, 2025, and in the very real context of the 2015 Paris agreement on climate change. The world in which the Ministry of the Future is set is therefore not post-apocalyptic, but pre-apocalyptic, but facing an apocalypse that can still be avoided. 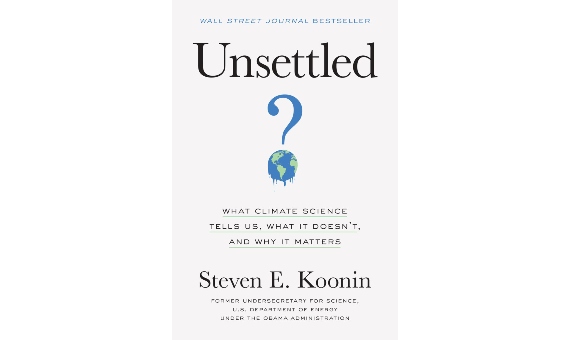 Unsettled: What Climate Science Tells Us, What It Doesn’t, and Why It Matters

Finally, the aim is not to silence the voices of climate change sceptics and deniers, but to confront them with the current consensus of the scientific community to show where their claims fail or where they are failing to represent the real science on the subject. Physicist Steven Koonin built a solid and reputable career in science and science policy before becoming one of the most prominent dissenters from the scientific consensus on climate. The recent book that condenses his thinking has become a reference work for the denialist camp, but the author’s high profile has brought the publication to the attention of some climate scientists. And while they have conceded that Koonin is right to highlight lingering unknowns, they agree that his work falls into data bias and logical fallacy, as well as offering a view of climate science as arrogant and totalitarian that is self-serving, misleading and damaging.