Halley, the Messenger of the End of World

Nine Visions of 2050 as Depicted by Science Fiction

Ramanujan and the Number π

World CO2 Emission Reduction Day is celebrated every year on January 28th  – a date designated by the United Nations (UN) to promote the development and application of greenhouse gas emission reduction policies. Why is it essential to reduce the percentage of emissions as soon as possible? The answer, and the evidence, lies in the climate.

Every year, the United Nations Environment Programme (UNEP) writes a report on the emissions gap in order to measure the difference between the amount of greenhouse gases that should be in the atmosphere to mitigate the effects of climate change and the amount we are actually emitting. In the report from 2019, UNEP estimates that if we are not able to reduce global warming below 2ºC, practically all coral reefs will be lost and the 10 million people who live in coastal areas will be affected by rising sea level at the end of the century, among the many other consequences for life on Earth.  Furthermore, extreme weather events like drought or storms will become more frequent if we surpass the barrier of 1.5ºC established in the Paris Agreement, the report indicates. Half of a degree means, for example, that the sea level would rise one meter more. 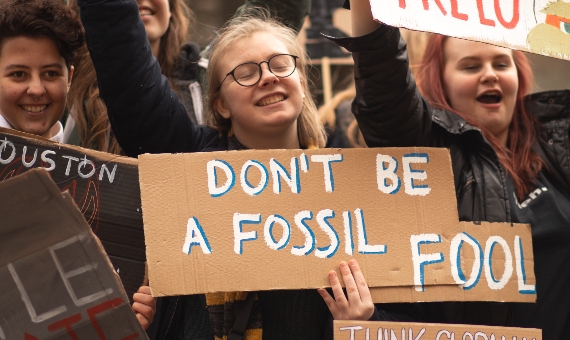 In the words of Inger Andersen, Executive Director of UNEP, 2020 would have been  “one of the hottest years ever recorded”, with forest fires and drought that continue wreaking havoc. According to the World Meteorological Organization (WMO), last year the highest temperatures above average were recorded in parts of Siberia, where they reached 10°C above average.

The illusion of the pandemic

The amount of CO2 derived from human activity dropped by 17 percent during the months of the strictest lockdown (early April), according to a study published in the journal Nature Climate Change. Although this decrease implies that, in effect, daily emissions temporarily fell to levels last seen in 2006, the UN calculates that the decline in emissions in 2020 only translates into a reduction of 0.01°C in global warming for 2050.

In addition, in the month of May, the average concentration of carbon dioxide at the Mauna Loa (Hawaii) observation station reached a seasonal peak of 417.1 percent (parts per million) – the highest monthly reading recorded, according to scientists from the University of California San Diego. However, it is not uncommon to reach this figure at this point of the year, as the concentration of CO2 is subject to seasonal fluctuations, and in general, CO2 levels reach their highest point before spring blossoms in the northern hempisphere.

Although the COVID-19 crisis may have slowed emissions, the lower figures are not observed in the broader emission trajectory. In the report on the 2020 emissions gap, the United Nations recognized that the ambition levels in the Paris Agreement should be tripled in order to reach the goal of limiting global warming to 2ºC, and multiplied by nearly five to limit it to 1.5ºC.

According to the report mentioned above, so far 126 countries (responsible for 51 percent of total greenhouse gas emissions) have already adopted, announced or considered setting net zero carbon emission goals. However, in 2021, the aim would be to translate these commitments into “concrete plans backed by real measures and investments long before the next climate summit,” United Nations Secretary General António Guterres said. 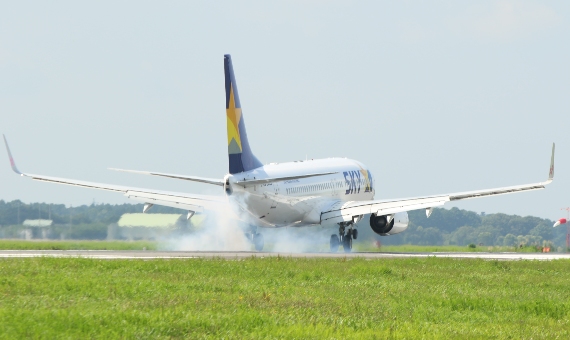 In 2020, United Nations highlighted maritime transport, aviation and individual consumer habits as sectors with significant potential to reduce emissions. In terms of transport, both sectors represent five percent of global emissions – a percentage that could be reduced by combining energy efficiency with rapid abandonment of fossil fuels.

In parallel, climate action should seriously address the consumption patterns of the private sector and individuals, as approximately two-thirds of global emissions come from individual homes, according to the experts.

Meanwhile, in its 2020 report comparing emissions by country, the European Commission’s Emission Database for Global Atmospheric Research (EDGAR) recognized that the global trend has increased in the early 21st century compared to the previous three decades. This is mainly due to the increase in CO2 emissions from China and other emerging economies.

Despite the discouraging data, in 2020 the United Nations stated that: “The world is still on its way to a catastrophic increase in temperature of more than 3 degrees.” The UN also feels that the economic recovery after the COVID-19 pandemic should be the opportunity to change course toward a greener future.

Douglas Engelbart, the Man Who Taught Us to Talk to Machines