Digital Technopeople: What They are and What They could Become

Ernesto Zedillo
Yale Center for the Study of Globalization

Back in 1993, Steven Spielberg brought us the movie Jurassic Park: a classic based on the book of the same name by novelist Michael Crichton that made a broad audience discover, in layman’s terms, biotechnology and genetics. 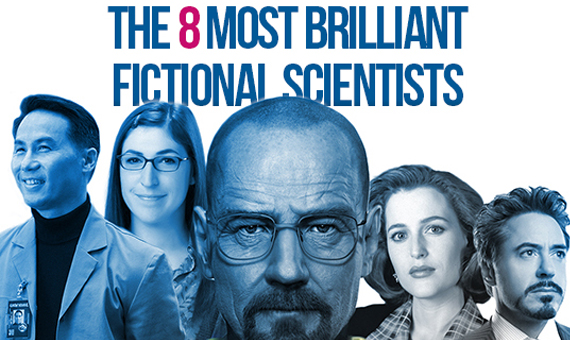 Although there was several flaws in the script, this movie made children and teenagers dream about becoming paleontologist, paleobotanists, mathematicians or even geneticists in the future (and maybe help building a park full of dinosaurs). Discover this list of the most brilliant scientists that live behind our screens, starting with Henry Wu; a survivor of Isla Nublar who leads theInGen biotech team in the new movie Jurassic World.

Field of study: Biology and Genetics

Henry Wu graduated from MIT where he studied biology and genetics. After getting his doctorate he was hired by John Hammond as chief geneticist at InGen. His mission was to reproduce (or clone) dinosaurs from genetic material present in blood samples of mosquitoes that were trapped in amber .

In the new instalment of the film, Henry Wu continues to maintain his position despite the fact that InGen was acquired by Masrani Global Corporatio. He still oversees the creation of new dinosaurs for the Jurassic World theme park.

Wu reminds us of Craig Venter, biochemist and geneticist founder of Celera Genomics and The Institute for Genomic Research (TIGR), among others. In one of his projects for Synthetic Genomics, Venter and other scientists such as Nobel Prize winner Hamilton Smith are working on creating artificial life: bacteria called Mycoplasma laboratorium and will be able to generate biofuels, drugs or even help to combat climate change.

“All the animals in Jurassic Park are female. We’ve engineered them that way.”

OpenMind
Start The 8 Most Brilliant Fictional Scientists we Love