Edward O. Wilson, the Controversial Lord of the Ants

The 8 Most Brilliant Fictional Scientist we Love (3/8) 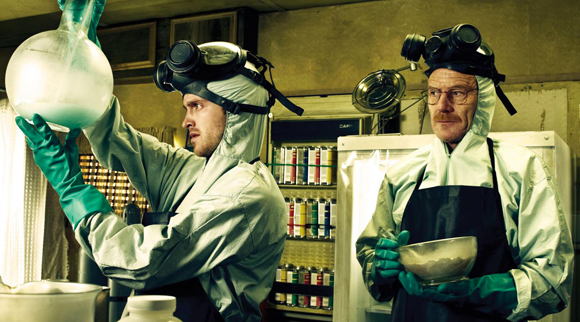 After graduating in chemistry at Caltech, Walter White joined a research team in order to work on proton radiography (similar to X-rays). Supposedly, his contribution helped Herbert Hauptman and Jerome Karle in getting the 1985 Nobel Prize in Chemistry for their achievements in the development of direct methods for the determination of crystal structures.

After a series of bad decisions, Walter White ends up as an underpaid high school chemistry teacher which will lead him to become Heisenberg: A drug lord who uses his academic knowledge to cook the purest cristal meth available in the streets.

The nickname Walter choses reminds us of Werner Heisenberg obviously, 1932 Nobel Prize in Physics. Heisenberg received this award thanks to his theories about quantum mechanics, even though he is also known for his work on cosmic rays and subatomic particles.

Because of his evolution during the TV show, this character also reminds us of Fritz Haber (the father of chemical warfare and Nobel Prize in Chemistry in 1918) who used his knowledge to developing poisonous gases during World War I. His Nobel Prize was awarded for his discovery of the Haber – Bosch, a reaction between nitrogen and hydrogen we are still using today to make ammonia on an industrial scale (for fertilisers, among other things).

One of his quotes…

The 8 Most Brilliant Fictional Scientist we Love (4/8)