The Hero of Soyuz 1, Between Myth and Reality

The 8 Most Brilliant Fictional Scientist we Love (4/8) 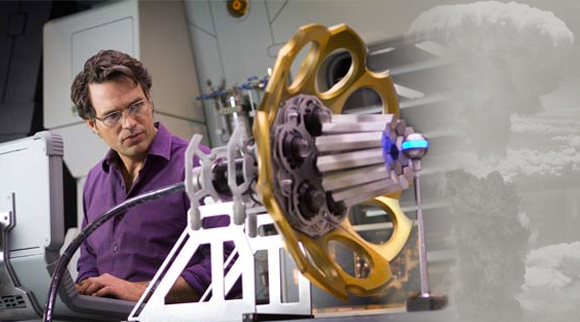 They say that Bruce Banner has one of the most amazing minds of the whole scientific community and, since his childhood, he showed an extraordinary intelligence. This led him to study at the Desert State University (fictitious) and at Harvard, Penn State and Caltech where obtained his Phd in nuclear physics.

Because of lack of funding, Banner had to abandon his research and joined the Department of Nuclear Studies of the United States Department of Defense. It is during this stage that he developed the Gamma radiation bomb which gave the him his superpower to become the Hulk.

J. Robert Oppenheimer, without a doubt.  Oppenheimer was the theoretical physicist who lead the Manhattan Project during the past century. He’s goal was developing the first A-bomb. Shocked by the outcome of Hiroshima and Nagasaki, he became chief advisor to the newly created United States Atomic Energy Commission and tried to prevent nuclear proliferation.

The 8 Most Brilliant Fictional Scientist we Love (5/8)