The Species Most Highly Prized by Poachers

10 Science Books for This Summer

50 summers ago, televisions and radios around the world broadcast Neil Armstrong taking his small step on the Moon, which was a giant leap for mankind. Half a century later, it’s time to celebrate one of the greatest historical triumphs of science, which today faces urgent new challenges such as climate change or the fight against pseudotherapies. These are some of the topics we propose in our annual selection of scientific reading for the summer holidays.

A Scientist in Wonderland: A Memoir of Searching for Truth and Finding Trouble

Trick or Treatment: The Undeniable Facts about Alternative Medicine 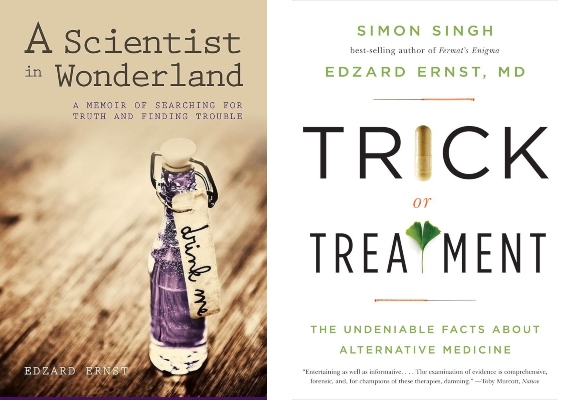 Although today there are many scientists, journalists and science writers dedicated to denouncing pseudosciences and pseudotherapies, among them the voice of the German-British academic physician and researcher Edzard Ernst continues to stand out. This is not only because he has been doing it longer than most, but also because he began his struggle from the inside: he was once a homeopath and became the world’s first professor of Complementary Medicine.

A Scientist in Wonderland is an autobiographical tale especially recommended for those who embrace pseudotherapies out of mistrust of the medical and pharmaceutical establishment. Through his own experience, Ernst recounts the harassment and pressure he has suffered from another establishment no less powerful and, in his own words, from “the sheer ferocity with which advocates of alternative medicine would go in order to protect their field from scrutiny.”

Trick or Treatment, in collaboration with science journalist Simon Singh, is a review of the scientific truth about some thirty of the most popular pseudotherapies, from acupuncture or homeopathy to aromatherapy or chiropractic.

Merchants of doubt: How a handful of scientists obscured the truth on Issues from Tobacco Smoke to Global Warming 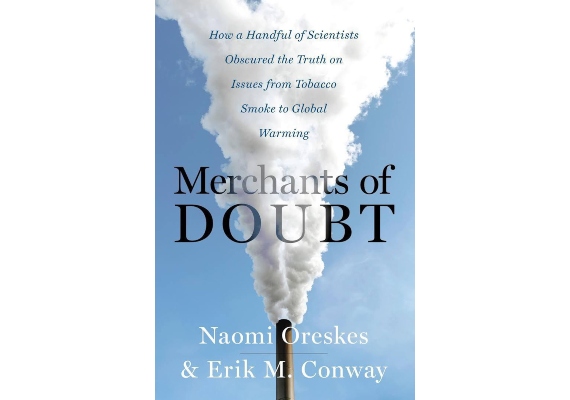 “Doubt is our product.” Science historians Erik M. Conway and Naomi Oreskes draw inspiration from this old quote from a prominent tobacco company executive to show how a small group of scientists, in collusion with certain corporations and conservative circles of power, conspired for four decades to sow doubt about the scientific evidence relating to global warming, the harms of tobacco, or the hole in the ozone layer. Interestingly, in all cases the names involved are the same. Now that the scientific consensus on climate change has finally prevailed in public opinion and most of the media, Conway and Oreskes’s book —about which a documentary has also been made— is an essential work to remind us that even today we are not safe from those who seek to manipulate us for profit by seeding doubt in our minds. 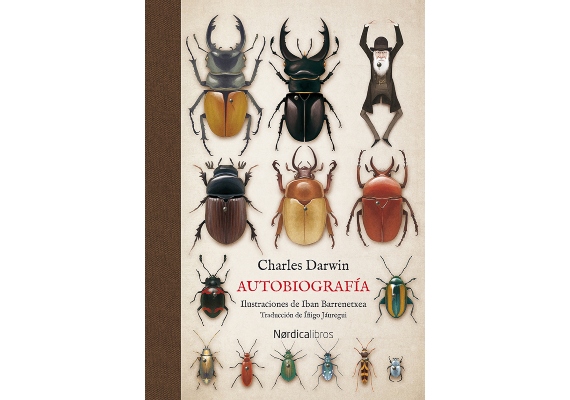 No self-respecting science library would be without The Origin of Species, the book by Charles Darwin that laid the foundations of evolutionary theory. For those who have already read the masterpiece by the English naturalist and wish to deepen their understanding of the man, but also for those who are being introduced to him for the first time, Nordic Books has now published his Autobiography, which he wrote in the final years of his life in order to leave the legacy of his memory to his children and grandchildren. Following in the footsteps of their previous volume Natural selection, which in 2016 was awarded first prize from the Spanish Ministry of Culture for the best published book of the year, the Madrid publishing house has now done it again with a beautiful edition illustrated by Iban Barrenetxea that turns science into art.

I Love Science: A Journal For Self-Discovery And Big Ideas 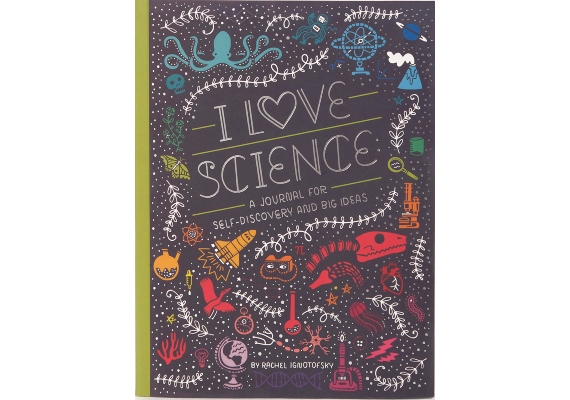 In the midst of the era of multimedia content, among the youngest of us —digital natives— a style of interactive book has triumphed where interaction completely dispenses with batteries, screens and keys; instead, it is a renewal of the classic diary in which the reader is invited to interact through paper.

American illustrator and author Rachel Ignotofsky has applied the concept to science: her journal invites young readers, and especially girl readers, to reflect, play, write, paint and discover the world around them, all through the prism of science and accompanied with valuable quotes and fun illustrations. Undoubtedly, this is a highly recommended volume for the future scientists of tomorrow.

The Radium Girls: They paid with their lives. Their final fight was for justice 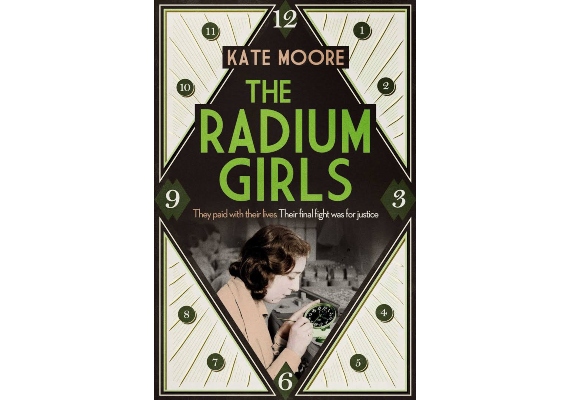 This is the fascinating story of how thousands of working women paid with their lives in the struggle for the recognition of their rights, and by doing so, how they also achieved the recognition of what was then an uncomfortable scientific truth: that radiation kills. At the beginning of the 20th century, the strange luminescence of radium, discovered by Marie and Pierre Curie, turned it into a fashionable substance, used both in beauty products and in medicine. The workers of three factories in the USA were envied for the brightness they gave off when they finished their workday painting clocks, watches and military dials, until they began to fall ill and die. Their struggle for justice served to boost research into the effects of radiation and inspired much of the current regulation on nuclear protection.

No one is too small to make a difference 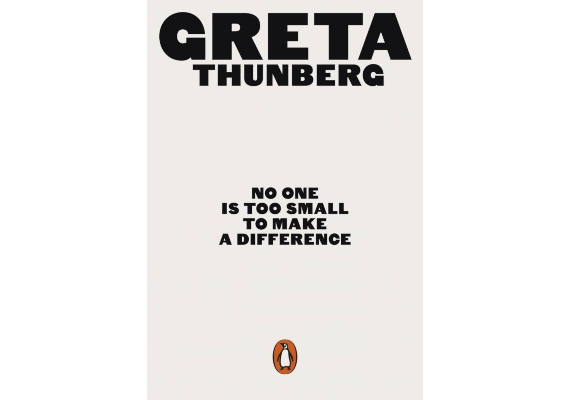 Perhaps the name of Greta Thunberg is not yet super famous, but no one who remains attentive to current events is unaware of this Swedish girl who has managed to get schoolchildren across the globe to take to the streets every Friday to demand urgent action against the climate crisis. What began in August 2018 as a personal initiative, has grown in just a few months to reach even the United Nations and the World Economic Forum in Davos. But above all, the peaceful revolution of Thunberg, which represents the generation that will begin to suffer more dramatically the effects of climate change, has caught on in the hearts of millions of people.

One Giant Leap: The Impossible Mission That Flew Us to the Moon 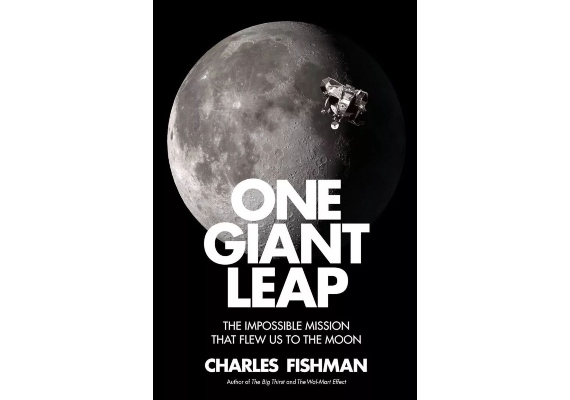 Few suggestions for scientific reading are as appropriate this summer as delving into the immense feat that 50 years ago opened up what is still today the latest frontier for humans: the Moon. Although nowadays we look back to see that episode as almost historically inevitable, journalist Charles Fishman reminds us of the true odyssey that led to humans walking on the Moon in less than a decade, starting in 1961 when then President John F. Kennedy announced the goal. At that time, Fishman points out in his New York Times bestseller, the US had only accumulated a total of 15 minutes of experience in manned space flights. Nobody knew how to send astronauts there, what to feed them, how to build a computer that could guide them, or a ship that could transport them. And despite everything, it all came together and succeeded.

How To: Absurd Scientific Advice for Common Real-World Problems 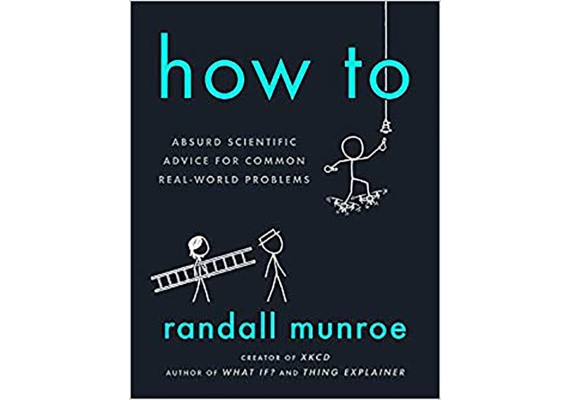 NASA’s ex-robotic engineer Randall Munroe, better known as the author of the popular webcomic xkcd and the bestsellers What If? and Thing Explainer, has published what is undoubtedly one of the most hilarious science books ever written. While practical manuals present simple solutions to any task, Munroe proposes the opposite: his is the most useless “how to” guide in history, with solutions so convoluted and complex that they only serve to at least teach you something about science, from supplying energy to the home by destroying the very fabric of space-time, to taking a selfie with a telescope. It also includes tips on how to get rid of the book once finished, such as subducting it between tectonic plates or turning it into steam. 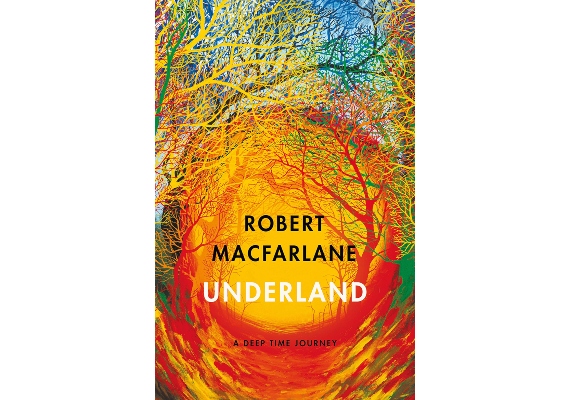 It does not happen very often that a scientific piece of writing is also praised as an outstanding literary piece, but when The Guardian newspaper describes the latest book by award-winning author Robert Macfarlane as “one of the most ambitious works of narrative nonfiction of our age,” we can assume that this is an unusual work. Its premise is simple to summarise: the subsoil. What exists under our feet has fascinated and intrigued humans since ancient cultures first imagined the infernos of the underworld.

On a journey through space and time, the author visits caves, grottos, catacombs and dark matter detection laboratories. In all these places he finds the traces that this subterranean world has left in mythology, religion, art and science, but also those that our era of the Anthropocene has left there and that are as worrisome as those that are shown to our eyes; only in this case we have swept them under the rug so as not to see them.

Milestones and Curiosities of the Space Race