Science Also Comes Home for Christmas (And Loaded With Gifts)

When Lorenz Discovered the Butterfly Effect

There Are No Idiots In Springfield

Could you write the next term of the sequence? No offence, but this sequence is sometimes referred to as the “idiot’s sequence” and it’s one of the most popular and well-known logical puzzles. Much less known, however, is its origin.

Everything indicates that it first appeared in 1998 in an episode of The Simpsons called “Lisa the Simpson”. In his highly recommended book “The Simpsons and Their Mathematical Secrets”, the British popular science writer Simon Singh relates the story like this:

“The story starts in the school cafeteria, where Lisa sits opposite Martin Prince, who is perhaps Springfield’s most gifted young mathematician.

In the cafeteria, Martin becomes interested in Lisa’s lunch, which is not the usual cafeteria food, but rather a vacuum-packed space-themed meal. When Lisa holds up the lunch, Martin spots a puzzle on the back of the packet. The challenge is to find the next symbol in this sequence:

Martin solves the puzzle in the blink of an eye, but Lisa remains perplexed. She gradually becomes more and more frustrated as students sitting nearby, including Bart, say that they can identify the next symbol in the sequence. It seems that everyone can work out the answer…except Lisa.

The “definitive” proof that this sequence originated on The Simpsons is a sketch made by David S. Cohen, physicist, mathematician and writer of the series: 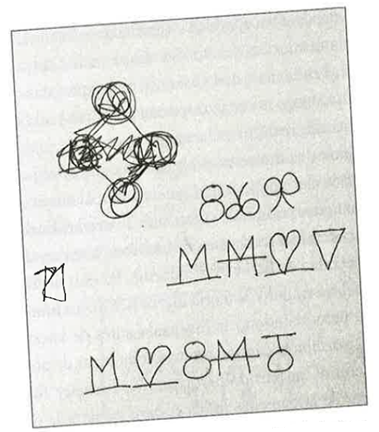 Along with the final version of the problem, in the sketch appear two attempts that at that time were discarded and that we have recovered here to pose as a game or puzzle. And we’ve also added a “similar” sequence, created specifically for this occasion: 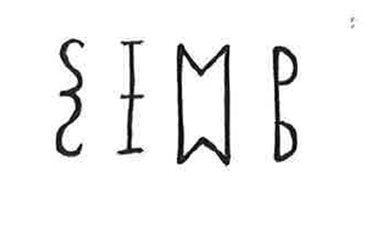 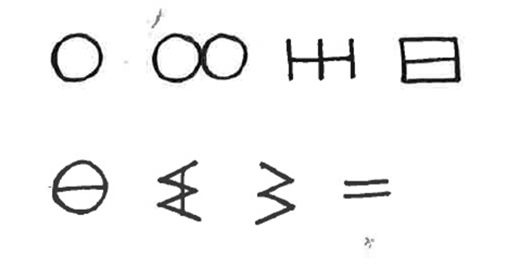 Although David S. Cohen cannot remember if he suggested the puzzle that appears in “Lisa the Simpson”, he certainly drew the initial sketches. The puzzle, almost as it appeared in the episode,is in the lower line of this page of doodles. Solving the problem relies on noticing that the left and the right halves of each symbol are mirror images of each other. The right half of the first symbol is 1, and the left half is its reflection. The right half on the second symbol is 2, and the left half is its reflection.
The pattern continues with 3, 4, and 5, so the sixth symbol would be 6 joined to its own reflection. Regarding the versions discarded by the team of writers of The Simpsons: The upper line suggests Cohen was thinking of using the sequence (3, 6, 9), but the idea was abandoned, probably because the fourth element, 12, would have required two digits. The middle line, which
shows the sequence (1, 4, 2, 7), was also abandoned. It is unclear what the fifth element of the sequence would have been, and Cohen can no longer remember what he had in mind.For the new sequences proposed here:

The second consists of the letters Simpson (S I M P …) with its attached reflection just below. The next term would be the same as the initial one.

The third series is formed by superimposing the Roman numerals I, II, III, IV and vertically arranged horizontally. The next symbol would be a superposition of two Vs.

OpenMind
Start There Are No Idiots In Springfield