James Lind and Scurvy: The First Clinical Trial in History?

The Sistine Chapel, a Hidden Treatise on Human Anatomy?

The Physics of Domino Toppling

We have all witnessed on various occasions domino-toppling shows, which consist of creating elaborate patterns and sequences with standing dominoes arranged in a row or rows and then toppling the first one to set off a chain reaction that causes all the dominoes to fall sequentially, the so-called the domino effect. There are also domino rallies in which two or more players compete to make all their dominoes fall first.  But what determines whether the train of falling dominoes advances at a dizzying pace or, in contrast, slows down and even, to the dismay of its creators, abruptly stops?

A recent physics study has analysed thousands of simulations of toppling dominoes to find the answer: the success or failure of these set-ups depends mainly on three factors:

1) the distance or spacing between each domino and its neighbour;

2) the friction between the dominoes; and

3) the friction or slipperiness of the surface on which the dominoes rest.

Even more surprisingly, these last two frictional forces compete with each other in controlling the wave speed.  Let’s see how:

Domino toppling shows and rallies are not the only domino competitions with hundreds of thousands of fans. A similar passion among puzzle competition fans is aroused by games based on a sequence of domino pieces and known as Domino Loops.

In this case, the challenge is to arrange the adjacent dominoes in such a way that the values in the margins of the circuit indicate the total sum of the values present in the respective row or column. 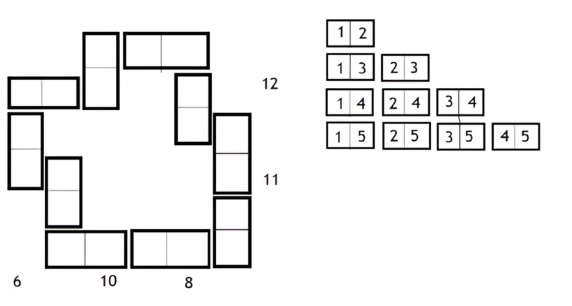 As for the friction between tiles, and as you would expect, the greater the friction, the more the reaction slows down, since this friction consumes or dissipates part of the energy that drives the forward movement.

And how does friction with the surface affect the reaction? Well, it depends on the distance between successive tiles:

When the distance between the dominoes is half of their thickness, friction with the surface acts in a counter-intuitive way. Initially, one might think that the smoother the surface, the less it slows down the progress of the wave. However, the opposite is true: surfaces that offer more friction, such as carpets or rugs, cause the tiles to fall faster than highly polished surfaces. The reason is that on a slippery surface, the base of the tile slides back as the top falls forward, so that it ends up hitting the next one a little lower than expected, making the impact less strong. On the other hand, on surfaces with higher friction, this backsliding does not occur.

When the spacing between tiles is greater than half their thickness, but does not exceed three times the thickness, friction with the surface becomes less important. In this case, the domino falls further and can acquire the necessary kinetic energy to counteract any backsliding and thus hit the next domino more forcefully. This, in turn, causes the impacted domino to fall faster and slip less.

In this game the idea is to place the dominoes arranged below in the correct order such that the numbers that appear inside the figure indicate the sum of all the adjacent half tiles (vertically, horizontally or diagonally, as shown in the example). In the circuit for you to solve, two dominoes have already been placed (4:4 and 0:0) to get you started. 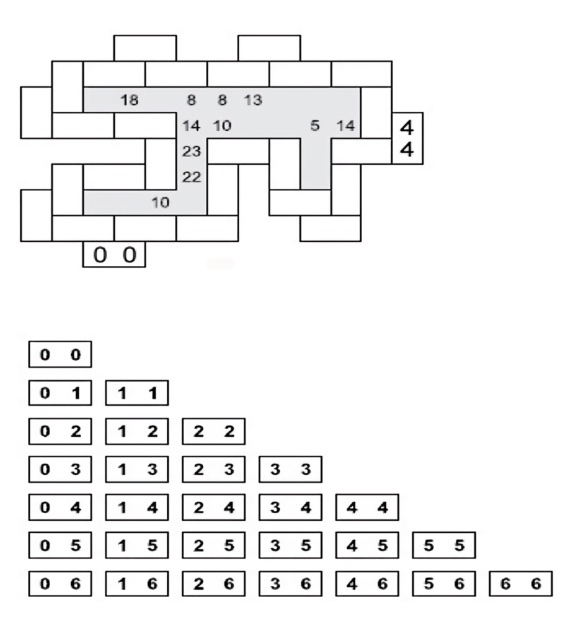 Finally, when the spacing is greater than three times the width of the domino, the wave is unstable and can spontaneously stop, as the impact occurs too low and transfers less energy. In these conditions, if the surface is sufficiently slippery, then the backsliding of the base could cause one of the dominoes to fail to topple its neighbour.

On this occasion, the challenge is to place the 28 dominoes correctly such that the numbers on the edges of the circuit indicate the only digits or values that are present on the dominoes or half dominoes in the respective row or column. 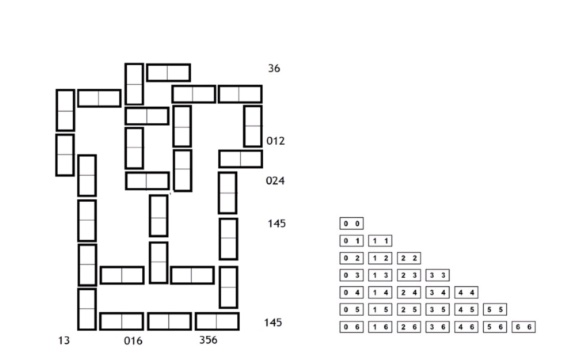 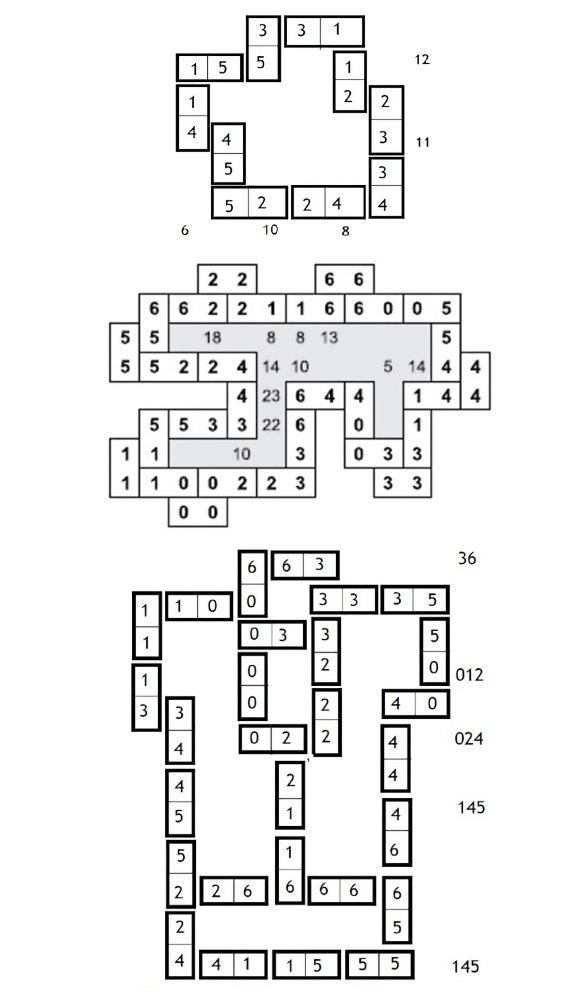 Physics
The Conquest of Space
Physics
Planets: the Great Stars of Summer