Darwin’s Misunderstood Theory. Did We Evolve From Monkeys?

Can Technology Create a ‘Hit'?

Much More Than a Diversion: The Mathematics of Solitaire

The game of Solitaire was invented by a French aristocrat during his imprisonment in the Bastille, or at least that is what some versions of the game’s origin story claim, which would date it back to the first half of the 17th century, a time when King Louis XIV used the fortress to imprison nobles who were not related to him. Whether one believes this or not, this legend of the origin highlights both the antiquity and the nature of the game —a simple diversion— which can be played anywhere and which allows one to kill the hours in solitude; hence its timeless popularity and long life.

But it was not until the end of 2019 that the probability of winning the card version of the game was finally determined. This question, which for decades had been the subject of study by amateurs and mathematicians, has been resolved by using a computer programme to handle the complex and laborious calculations.

Apart from stories and legends, the first documented reference to the game is a 1697 French engraving depicting Anne-Joulie de Rohan-Chabot (1648-1709), Princess Soubise, playing solitaire. This would support a different version of its origin, which identifies French mathematician Pelisson as its inventor for the entertainment of Louis XIV, known as the Sun King. However, as reflected in the engraving, the game depicted is a form of solitaire known as Peg Solitaire or Solo Noble, which is played on a board with holes and pegs. Accordingly, this could be the precursor or origin of the card game.

Peg Solitaire is played on a board, which in its most usual version has the shape of a cross and 33 holes, with the central hole empty and the remaining holes occupied by pins or pegs. The aim is to leave only one peg occupying the centre position. 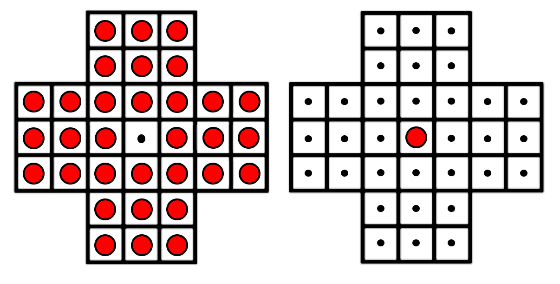 To do this, the player must eliminate pegs one by one by jumping them over one another —horizontally or vertically— to occupy a free space. Like this:

Two simpler initial configurations are presented below. The challenge is to achieve the goal of having only one peg left in the centre hole: 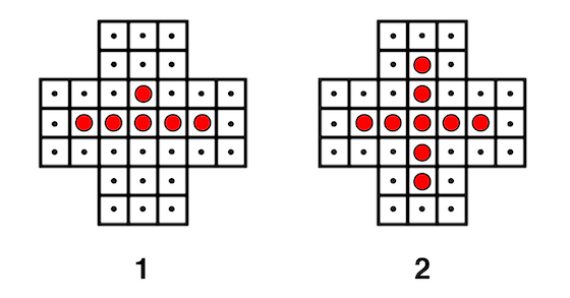 The card game that is ultimately identified as solitaire likely emerged in the late 18th century in the Baltic countries as a form of fortune telling. This hypothesis is supported by the boom that card reading underwent at that time and by the fact that in Scandinavia the game was called Cabale, a term that has been linked to the Jewish Kabbalah.

From there it would have quickly spread to the rest of Europe, as witnessed by the fact that the first reference to the term in the Oxford English Dictionary dates from 1801. It is also reported that the first known work on solitaire (a collection of games) was published in Russia in 1826, followed shortly thereafter by others in Germany and France. The game became so popular that already in his Great Expectations (1864), Charles Dickens introduces one of the characters playing solitaire, known as Patience in the U.K.

Try to figure out which card is missing. 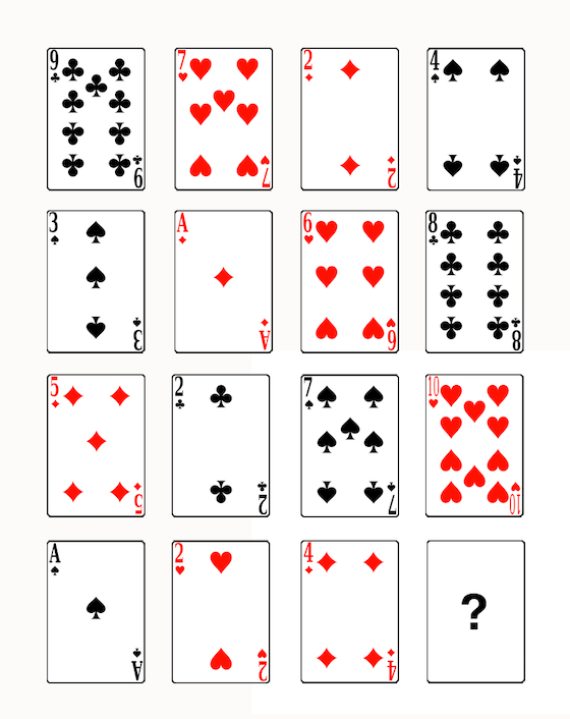 Almost from the moment it became popular, solitaire attracted the attention of mathematicians, who, supported by the recent branch of Game Theory, tried to determine, among other things, the probability of winning a game. This calculation has resisted them ever since and has come to be regarded as one of the most challenging problems in mathematics.

Danish Solitaire is a mathematical game in which cards with values from 1 to 10 must be placed in this arrangement:

The most used program from Microsoft

At the end of the 20th century, solitaire experienced a new and unexpected boost in popularity with the appearance of personal computers. Thanks in large part to Microsoft, which decided to incorporate the game —specifically, the version known as Klondike— into the Windows 3.0 operating system, arguing that it was a pleasant and intuitive way for the new user to become familiar with the handling of the mouse and the graphic interface. Since then, not only has it been maintained in all subsequent versions of Windows, but Microsoft has also introduced new versions of the game in what is surely a safe bet, since, according to the tech giant, Solitaire is the most used of all its programs, even ahead of Word and Excel.

This “Microsoft factor” explains the fact that in the 21st century, Klondike has become by far the most widespread and played form of solitaire. And it has been precisely through the use of computers (and specifically an Artificial Intelligence program called Solvitaire) that the probability of winning has finally been established for 45 different version of the game, among them, Klondike, for which the success rate is 81.96%. Is this high probability of winning another key to the game’s popularity?

One last game of Peg Solitaire? The challenge is to solve the usual 32-pin layout: 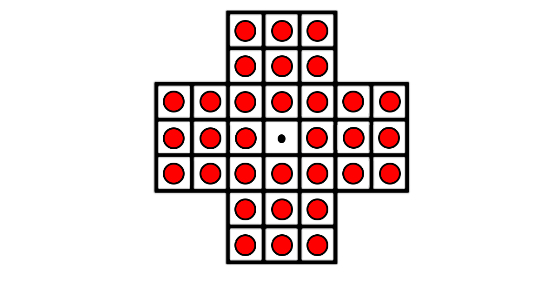 Numbering the 33 positions of the board in this way: 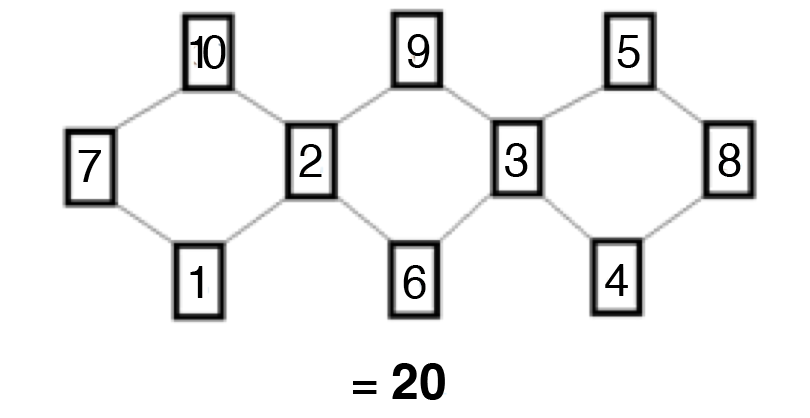 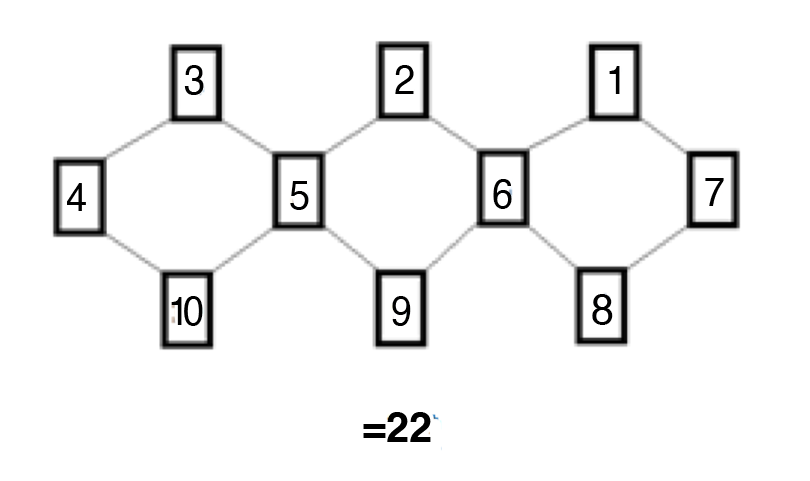 There are several solutions; one of which is the following:

10 Houses for an Environmental Architecture

Ventana al Conocimiento (Knowledge Window)
Start Much More Than a Diversion: The Mathematics of Solitaire