Technological Triumphs and Failures of 2018

The Discovery of the Structure of DNA

What Happened to our Genomes?

Want to have your own complete genome? No problem. Write down the steps you must follow: first, get the support of a doctor; you still cannot request this service, at least not from a reliable supplier, without the approval of a physician who must sign the application. Then you have to register online at Understand your Genome from the California company, Illumina. Once you have paid the fee of $4,900 (about €4,150), your doctor will receive by courier a kit for the extraction of samples, which must then be returned to the sender with a few drops of your blood. Illumina will send the results to your doctor and you will be invited to a symposium at which they will explain your genome in great detail. The price does not include travel costs, but at least you will receive an iPad mini with the MyGenome app from Illumina that will reveal all the secrets of your DNA. 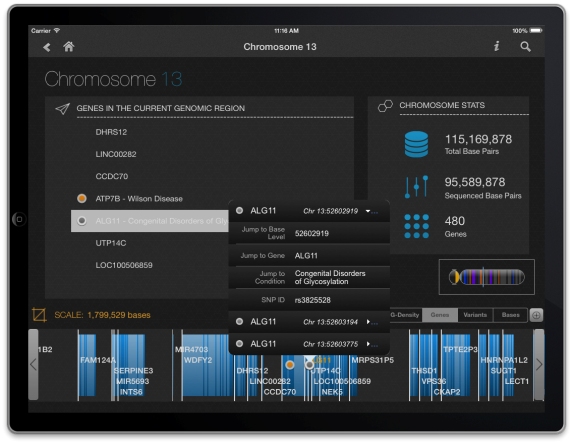 This is the closest we can currently get to that promise at the start of the century, that in a few years we would have our genome at our disposal for less than $1,000, about €850. We are still far from being able to pop down to the pharmacy, throw a few coins into a machine and upload our DNA code directly onto our smartphone. But considering that the first human genome sequence was only completed in 2003, and that its obtention cost about three billion dollars, progress in the last decade cannot be described as anything less than meteoric.

The Human Genome Project was conducted with technology from the 1970s. This titanic initiative prompted many entrepreneurial scientists to develop new techniques of DNA sequencing, which has led us in just over ten years to already having more than 200,000 human genomes. Today Illumina monopolizes 70% of the market, with its machines producing 90% of all genomes sequenced in the world. According to the biotechnologist and Swiss geneticist Glynne Ivo Gut, director of the National Genome Analysis Centre of Spain, “Illumina is now the most viable sequencing platform.” The rest of the pie is divided among companies like 454 Life Sciences (Roche), Life Technologies or Pacific Biosciences. A year ago, on January 14, 2014, Illumina announced it had reached the milestone of $1,000 per genome with its new platform HiSeq X Ten. Gut confirms that “in a research context, nowadays you can sequence a human genome with Illumina at a cost of $1,000.” 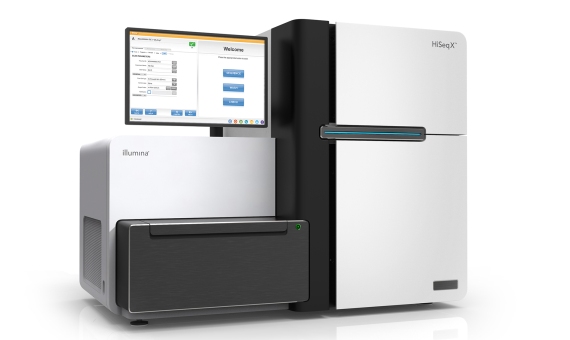 For those for whom this price is unaffordable, it is possible to freely join any of the research projects that recruit volunteers willing to donate some of their DNA to science. However, despite the spectacular advances, we still cannot freely exercise the right to own our own genome without the intervention of a professional, and our family doctor is still unable to access our genetic data to identify risks recorded in our DNA and advise us according to our profile. Why not?

In the opinion of Gut, the obstacles are not technological: “Technically, we would be able to introduce genomic sequencing into the clinical routine,” he assesses. “However, there are many questions of detail that must be resolved before it can be implemented on a large scale, both practical and organizational, legal and social.” These aspects that exceed the purely scientific are due to the fact that, in some cases, technology has advanced faster than regulations. Although the genetic data of each of us are presumably inviolable, there are still fears that its popularity could lead to abuses such as genetic discrimination. As well, one must keep in mind that the genetic profile of someone not only affects the individual but also their families; maybe someone wants to know the likelihood of their developing an incurable illness, but perhaps some relative of theirs prefers not knowing who shares that risk.

Moreover, and although it is now possible to read the entire DNA of a person, it is not so simple to standardize the process so that it can be reproduced in whatever centre. Recently Gut co-led a study, pre-published on the website bioRxiv, where five institutes from different countries sequenced the same two samples, one a tumor and the other healthy, and the results did not all agree. “We must still define standards, standardize procedures and implement them,” says Gut.

Finally, there is still another challenge, that of interpreting the vast amount of data contained in a genome. It is a process that no longer depends on tubes and pipettes, but rather on computer systems, and it is as expensive as it is complex. “A human genome of clinical grade will require a major investment,” said Gut, for whom the jump to the hospital or the consulting room depends primarily on the tools capable of integrating genomic information in the healthcare process: “They must develop support systems for decision- making that prioritize the most relevant data for the doctor, quickly and reliably.”

The Technology Coming in 2015: a Realistic Analysis