Six Tech Trends of the Financial Industry in 2018

How to Achieve Sustainable Development While Addressing Global Climate Change?

Transposons or “jumping” genes are DNA sequences that only carry genetic information to enable them to move within the genomes of living beings. As they don’t carry useful information for the organisms, and as they can integrate with useful genes or gene regions by interrupting or altering the way they function, transposons are assumed to have only negative effects on health. But can they also have positive effects?

When the nucleotide sequence of the 3 billion base pairs that make up the human genome was obtained at the start of the century, it confirmed what was already suspected: that a large part –almost 30%– are formed by transposons or sequences related to them, such as certain viruses. 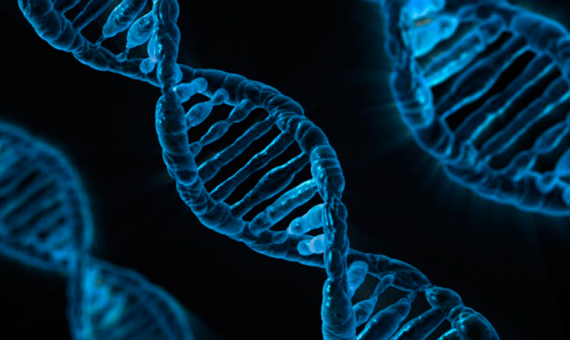 Transposons have invaded our forebears’ genome throughout evolution. They have spread through the genomes, even though they carried no molecular functions of any use to cells or organisms, as they were mostly inserted in non-functional regions of the genome. So although they were not functional for cells or organisms, they conferred no negative effects and gradually accumulated as “genome parasites”.

Currently, the transposons in our genome are set to their “harmless” positions, and have generally lost the capacity to transpose. However, exceptionally some transposons can move “de novo” when forming reproductive cells –or in early embryonic cells– and become integrated inside some genes, altering their expression. This can give rise to certain diseases, such as some types of hemophilia and leukemia. What’s more, they may occur in some cancers (varieties of colon or breast cancer) as a result of transposons integrating in key genes of adult somatic cells (1).

In some cases transposons may have become integrated close to certain genes, such as in the regulatory regions. This may have modified the activity of these genes, possibly benefiting cells and organisms. It has recently been shown (2) that certain transposons related to viruses existing in our genome have become integrated in the regulatory regions of the genes in our innate immune system (the one involved in inflammation or the early elimination of invasive agents), which acts before the adaptive one, which works by producing antibodies through the lymphocytes. When they are in these positions, these transposons render the genes in the innate immune system more active.

In these cases, all human beings have these beneficial insertions fixed in their genomes and chromosomes; in other words, all human genomes have the same insertion. This is why it’s impossible to compare the effects of the presence of transposons with their absence.

However, there are cases in which the insertion of a transposon is not fixed in all human genomes, so there can be three types of people: some who have the insertion in both their genomes, others who have it only in one, and finally those who have it in neither. This is known as a polymorphism–that is, several forms of that transposon in the human population. These circumstances allow direct investigation of the potential positive effects of the presence of the transposon. In relation with this type of polymorphism, we will now look at the possibility that a transposon called Alu can protect against myocardial infarction.

A jumping gene versus myocardial infarction

Acute myocardial infarction is one of the primary causes of mortality in developed countries, and is affected by many factors, from way of life and nutrition to genetics. Current research into genetic factors is uncovering many regions and genes in our genome that play a role in infarction. For some time now research has been underway on the potential influence of certain genes related to Angiotensin.

Angiotensin is a crucial hormone in human physiology, and has a variety of effects on the heart, brain and kidney (among other organs). But angiotensin is normally inactive, and requires the so-called angiotensin-converting enzyme to act on it before it can be activated. Active angiotensin exerts a significant vasoconstrictive effect on the heart by increasing blood pressure, and has other effects that induce atherosclerosis, such as stimulating the formation of blood clots and atheromatous plaques. So plasma levels of angiotensin –and above all, its conversion from the inactive to the active form– may have an important influence on heart function. And this is where a transposon called Alu comes into play. This transposon exists in a polymorphic condition in the human species within the gene that controls ACE synthesis.

Alu is a small transposon with almost one million copies in the human genome. Most of these copies are fixed in our genome, but exceptionally there are some with a polymorphic condition. There are several copies of Alu fixed in different regions of the ACE gene, although there is also an Alu located towards the middle, for which a situation of polymorphism occurs in our species. In other words, there are three types of people with this Alu:

Since this polymorphic Alu was detected in the ACE gene in the early 1980s, and it was observed that its presence could lead to a drop in the level of active angiotensin, several risk populations were studied in various geographic regions to see whether its presence ultimately has a protective effect against myocardial infarction. These analyses have produced a diversity of results, some of which are contradictory. Thus in a Spanish population with a low risk of infarction –young, no hypertension, non-smokers and so on–, the research group to which the authors of this article (3) belong found that the presence of this Alu (in double or single doses) could act as a protection factor against infarction, although this association was not found in other populations in other regions. However, the publication of a global meta-analysis of all the studies conducted until 2013 (4) reinforces the idea that the presence of this Alu may have a protective effect against infarction, at least in Asians and Caucasians.

The potential protective effect of this Alu against myocardial infarction and its basis at the molecular level still remains to be confirmed. Does its presence in the ACE gene affect the quantity of enzyme synthesized? Or its functioning? Other questions still to be answered are how it relates to other components of human life that have also been studied, such as aging or athletic capacity, and other diseases of the brain or kidney. Yet another subject for future research is its possible association with the side effects –such as an annoying unproductive cough– suffered by some people with high blood pressure when treated with ACE inhibitors.

James Lind and Scurvy: The First Clinical Trial in History?