The Origin of the Human Species: a Chromosome Fusion?

Three Lessons From the Crisis to Build Inclusion at Work

Twelve months ago, when we presented our annual scientific reading list for the sweltering vacation season, we could scarcely have imagined that one year later the advancement of science would have captured the attention of the general public, but for reasons we would never have wanted: the COVID-19 pandemic. It is inevitable that viruses and their ravages will be the focus of some of the books selected for this summer, as for the moment it seems that the new pathogen will be with us for a long time in this “new normal.” But even in times of pandemic there is also room for entertainment and critical reflection on other aspects of science. 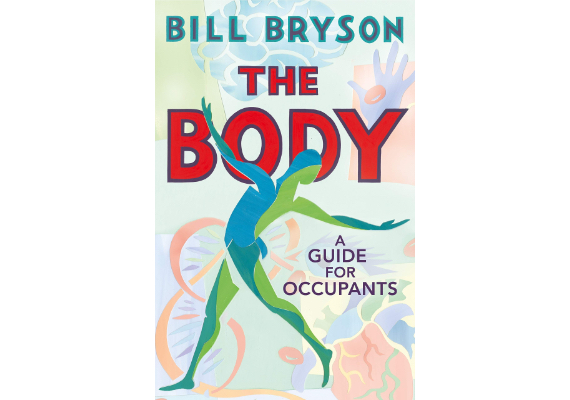 THE HUMAN BODY: A GUIDE FOR OCCUPANTS

Bill Bryson, known for the travel book genre, rose to international fame when his 2003 science book A Brief History of Nearly Everything became one of the best-selling books of its decade, conquering millions of readers who never suspected that science could interest them. With his unusual ability to cram a huge amount of data into the reader’s head without them noticing, Bryson now presents a work, chosen by the Sunday Times as the science book of the year 2019, that explores the workings of the human body as the wonderful artefact that we are. Bryson discovers that our brain only needs 400 calories a day to operate, the equivalent of a cupcake, and encourages us to try to keep our laptop running for 24 hours with a cupcake. 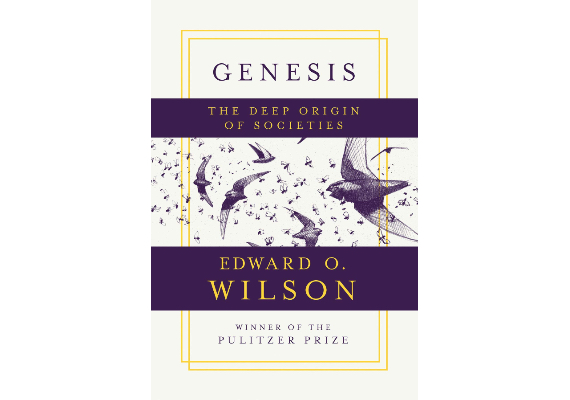 GENESIS: THE DEEP ORIGIN OF SOCIETIES

Although we have known at least since Charles Darwin that human beings are a species that comes from nature, and is not separate from it, in the popular imagination the idea that we are more unique than we really are still prevails. There is nobody like two-time Pulitzer Prize winner Edward O. Wilson, the father of sociobiology and the world’s leading expert on ants, to explain to us that, in reality, everything that makes up our societies comes from the evolutionary history of non-human species, and that even behaviours that we believe to be exclusively our own, such as altruism and cooperation, underpin the social organisation of humble species such as the naked mole-rat or the shrimp. 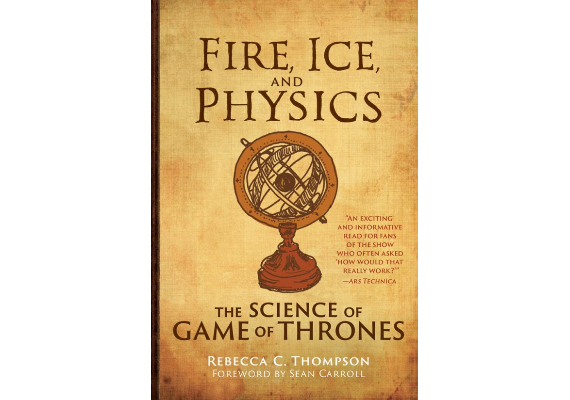 FIRE, ICE, AND PHYSICS: THE SCIENCE OF GAME OF THRONES

For a change of scenery to distract us from the pandemic, there’s nothing better than some scientific entertainment, especially when it’s based on one of the greatest entertainment phenomena of recent years: Game of Thrones, the acclaimed series based on the novels by George R. R. Martin. Clearly, any resemblance of Martin’s universe to science is purely coincidental, but a fan of the series and of physics like Rebecca Thompson couldn’t help but wonder: how could that work? The enormous ice wall, the winter that comes when it feels like it, the dragons, the Valyrian steel, the poisoning of Joffrey Baratheon or the genetics of the Targaryens and the Lannisters, all viewed through the prism of science. 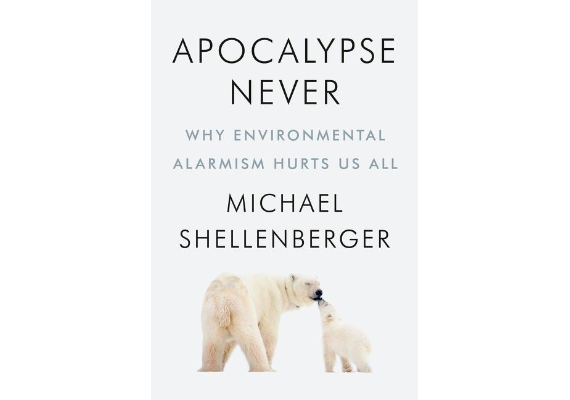 APOCALYPSE NEVER: WHY ENVIRONMENTAL ALARMISM HURTS US ALL

Judging by its title alone, Michael Shellenberger’s new book might seem at first glance to be an exercise in scepticism or denial about environmental degradation. But when it is explained that its author is a longtime environmentalist, founder of the organization Environmental Progress and was named an Environmental Hero by Time magazine in 2008, it is understood that the truth is quite the opposite. Shellenberger’s thesis is summed up in a promotional quote from his book: “Climate change is real but it’s not the end of the world. It is not even our most serious environmental problem.” The author argues that global environmentalism has become immersed in apocalyptic thinking that only leads to inaction, as it blocks any attempt at solution, sometimes relying on ideas that are contrary to scientific evidence. Instead, Shellenberger advocates an ecomodernism or ecopragmatism that produces inspiring ideas to combine conservation and progress. 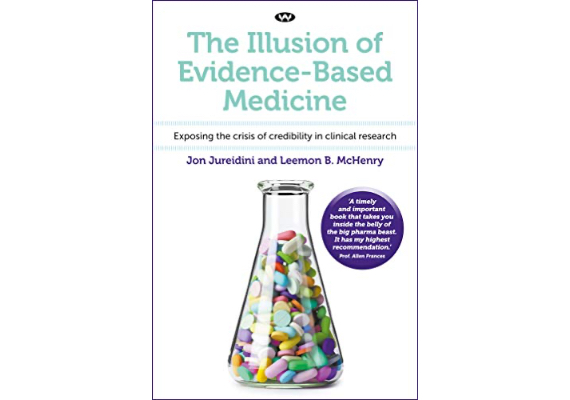 THE ILLUSION OF EVIDENCE-BASED MEDICINE: EXPOSING THE CRISIS OF CREDIBILITY IN CLINICAL RESEARCH

If Shellenberger’s book is a wake-up call on today’s environmentalism, the new release by philosophy of science specialists Jon Jureidini and Leemon B. McHenry touches on another issue where the discrediting of hoaxes and conspiracies can also create the false impression that the opposite side has clean hands. In case we had forgotten that the world of the big pharmaceutical industry and clinical trials is undermined by corruption and fraudulent science, the authors take it upon themselves to remind us of this. The integrity of evidence-based medicine, one of the greatest achievements of modern science, is at stake because of the large economic interests involved, say Jureidini and McHenry, who chose to publish their work in a small, independent publishing house for fear of a possible boycott. The solution, they suggest, lies in taking clinical trials out of the hands of the drug manufacturers themselves. 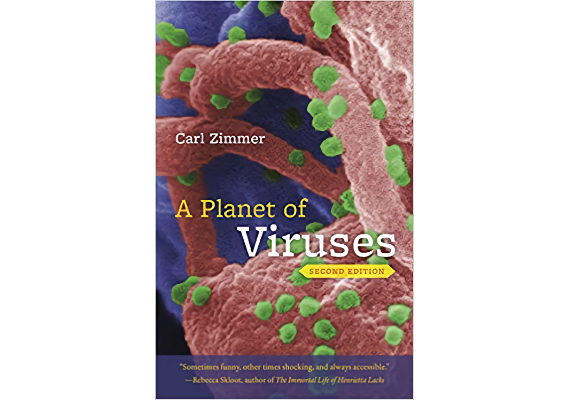 A PLANET OF VIRUSES

Since its original publication in 2011, A Planet of Viruses has emerged as one of the seminal, timeless works for understanding viruses beyond their public face of contagion and disease: why they exist, what role they play in nature, how they challenge our understanding of life, and even why we have them in such large numbers embedded in our own DNA. These are all questions that are answered by renowned biology populariser Carl Zimmer. As The Washington Post noted, he manages to summarise in just over 100 pages what other authors struggle to do in 500. 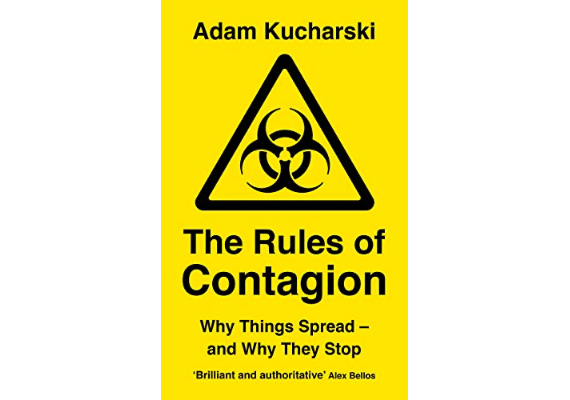 THE RULES OF CONTAGION

On the crest of the wave of the pandemic comes the work of one of the most authoritative scientific voices in the COVID-19 crisis, London School of Hygiene & Tropical Medicine epidemiologist Adam Kucharski, an expert in the mathematical modelling of epidemics. Kucharski’s book explains in detail a concept that was already rooted in our popular culture before the coronavirus: virality. From an Internet hoax or disinformation to the violence of weapons or financial crashes, and of course viral epidemics too, they all obey patterns that explain how these phenomena are born, grow, reproduce and die. Learning these rules, says the author, offers us an indispensable practical guide for modern life. 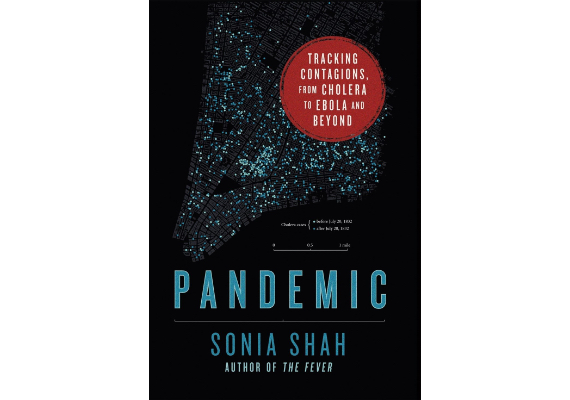 PANDEMIC: TRACKING CONTAGIONS, FROM CHOLERA TO EBOLA AND BEYOND

Many of the hoaxes and conspiracy theories about the coronavirus SARS-CoV-2 and COVID-19 stem from the uninformed disbelief of those who think that an epidemic of these proportions was not only unexpected, but also unprecedented in our world. A serious mistake. To learn how our species has always been harassed by armies of pathogenic microbes, and how this threat has grown alarmingly in recent decades until reaching the current climax, there is nothing better than this 2016 book by investigative journalist Sonia Shah. Her review of the plagues of cholera, Ebola, bird flu or multi-resistant bacteria, among others, is the perfect vaccine against ignorance and a false sense of security. 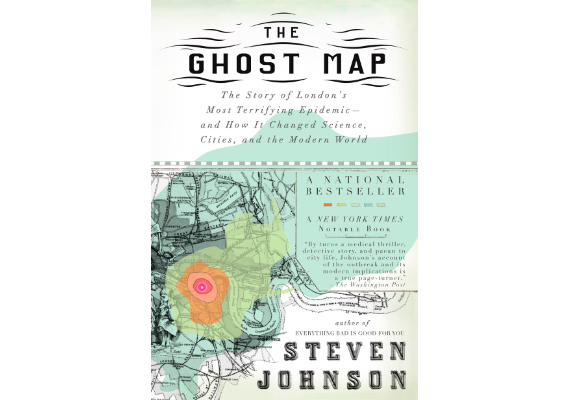 A time of pandemic is an ideal occasion to revisit the exciting historical account of one of the plagues that left the greatest impact on our world today: the cholera outbreak that devastated London’s Soho district in the summer of 1854. The Ghost Map by popular science author Steven Johnson is the story of an investigation with a Victorian setting, but whose Holmes and Watson are in this case doctor John Snow and Anglican pastor Henry Whitehead. Their dogged investigations led to the location of the origin of the outbreak at a public water pump on Broad Street, but the consequences of their discovery went much further: science learned to discard outdated theories about contagion and founded modern epidemiology, while cities began to equip themselves with safer and more hygienic infrastructure.