DNA Reveals the History of the Human Species

The Seasonality of the Coronavirus, Still an Open Question

When Lorenz Discovered the Butterfly Effect

Malostranská subway station, Prague. I rush off to buy a ticket. A notice reminds me to glance at the old dispensing machines, all of them scratched on the right side as a result of rubbing coins. According to myth, all it takes is a couple of scratches when the machine doesn’t accept them the first time. They’ve been there for many years. They are the same as the machines in the street, since the Prague transportation system –quite good, by the way– combines subway, streetcars and suburban trains. Nothing too sophisticated. The typical stuff: coins, tinkling, change and ticket. From there, straight to the train, after stamping the piece of paper with the date and time in another device. If the ticket inspector shows up, something I’ve witnessed only once in seven years, that’s what prevents me from being fined.

As I said, nothing from another planet. At the newer stations, like Nádraží Veleslavín, the dispensing machine is digital, much more modern. It does “beep” instead of “click… tinkle”. I’ve been thinking about this. I live in Santiago de Chile, probably one of the most modern cities in Latin America. The country has grown spectacularly in recent decades and this can be seen in infrastructures, connectivity or technology. However, any subway station in Santiago has more employees in full view than the one at the box office in Malostranská, who today seems quite bored while he stares at security cameras, and the ticket inspector, who reminds me of Halley’s Comet: he shows up from time to time, catching unwary travelers. Santiago, Manuel Montt station: four in the ticketing area, supervisors, security staff. In the rush hour, it is unbearable between the purchasing row and the turnstiles. There are two gigantic dispensing machines, modern but hardly used. In any event, they are there, watching discreetly…

The thing is that the future does not arrive suddenly. Sometimes it’s late, perhaps for cultural, institutional or economic reasons, but it’s relentless. The trend has been clear for centuries and decades. And also every year, since automation announces that every day more and more people will be replaced by machines and devices. Or at least their way of working and living will change drastically. Today it’s faster, since any decent machine does what yesterday seemed fiction. Software, the quality of robot vision, autonomy and algorithms are targeting millions of jobs, whether to take them over or to share them with human beings. It’s not only routine tasks. In Rise of the Robots Martin Ford claims that a more accurate term is “predictable“. We’re taking about artificial intelligence. Heavy stuff. 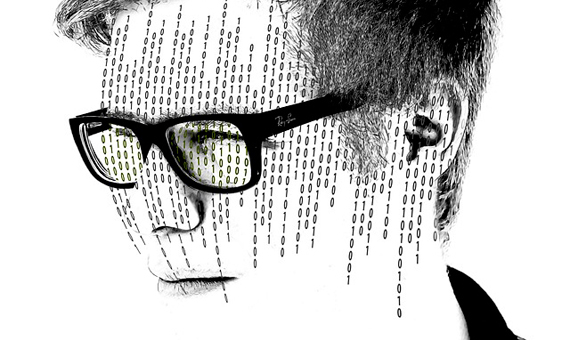 Don’t search on YouTube for the Boston Dynamics robots or for Sophia. Or for the Eatsa restaurant in San Francisco, fully automated; delivery drones; remote-controlled vehicles and the “Chair Force“, a mocking term used to describe the U.S. Air Force operators who watch, patrol and attack targets from their desk, much less likely to end up KIA (Killed in Action). Don’t go so far away: Take your iPhone and keep the central button pressed for a few seconds. The answer will be Siri, which still lacks some intelligence, but is determined to become your personal assistant (don’t insult it; sometimes it gets sensitive).

Radiologists, lawyers, messengers and even doctors… a study cited by Klaus Schwab in The Fourth Industrial Revolution lists the trades that have their tombstone engraved. I mentioned this to my friend Gabriel: “our public debate on employment smells of mothballs. Things are discussed that will soon seem absurd. We will not talk about gender quotas, but of people and machines”. According to Gabriel, we will discuss “species quotas”. Alexandros Vardacostas, from Momentum Machine, says bluntly that his devices are not designed to make employees more efficient, but to do away with them completely. Tough, but in some cases this will happen. In other cases changes, adaptations and relocations will be required. Those who haven’t anticipated and prepared themselves will have a hard time. Ask cab drivers in France, who nearly left me stranded at the airport some months ago while they took over Paris to protest against Uber. Or in Chile, where they recently took to the streets to demonstrate against the app, naively convinced that they could stop the trend and put an end to so many business models.

To conclude: I don’t know if the intellectual, opinion, business, labor union and political leaders in many countries, including some developed ones, are being visionaries. A visionary is not an extremely gifted person or a fortune-teller. They only know how to read the signals around them and act consequently. They have something of what Isaiah Berlin calls “political judgment”: an intellectual, but particularly practical capacity to observe and understand the immense complexity around them. And a visionary is ideally responsible. He or she places the issues on the agenda and sticks to them. They consider them in their analyses and decisions. What will happen when automation, robotics and the Internet of Things make even more inroads in industry, education, homes or the State itself? Is our education working on the skills needed for today’s world, especially on creativity, innovation and adaptability? Are we discussing the policies and reforms of our millennium or stubbornly anchored to obsolete logic? “Forewarned is forearmed, unless there is carelessness”, as the old saying goes. It’s four a.m. and I’m going to bed. My phone’s app says that I need to improve my sleeping habits.

Moore's Law and the End of the Technological Society

David Barrado Navascués
Start The Future does not Arrive Suddenly: Why we Need Visioners