This Is How Global Warming Affects the Transmission of Diseases

The Technology Coming in 2015: a Realistic Analysis (II)

In the first part of this analysis, the “Ventana al Conocimiento” (Knowledge Window) considered the gadgets that most manufacturers are betting on at the beginning of 2015: wearables, in the form of a bracelet or a smartwatch, which so far have failed to engage consumers. Taking a realistic approach, we try to differentiate the spectacular and futuristic gadgets from those which are innovative and actually useful to the general public. This is why we have put aside bendable screens or smart cups that recognize the liquid they contain. And in this spirit, we address in this second part a number of technologies that are “more fundamental” but which are also setting trends in 2015.

The Internet of things comes to our homes

Every good technology guru and all the consultants who analyze the sector throw around a recurring term to refer to the short-term future: the “Internet of things”. Smartphones and tablets launched a revolution that is multiplying over and over the number of net-connected devices. The predictions are already approaching 50 billion “things” connected to the Internet by 2020, 25 times more than at the start of the century.

In this technological scenario of 2020, the car, the washing machine and, of course, wearables, would all be online, just like the many sensors located throughout the house. They would be interconnected with the mobile phone, which would be the control centre. It would be the rebirth of home automation. Both Apple and Samsung have launched platforms for all types of household appliances to communicate with their phones. We can already imagine the smart home. No keys or switches, with lights that turn on and doors that open at the approach of our steps. 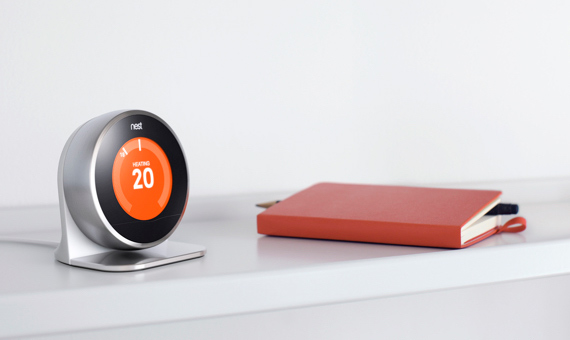 But among all these ideas, which seem like they’ve come from “Back to the Future II” or “The Jetsons”, smart thermostats have crept into many houses. Led by Nest, a startup purchased a year ago by Google, these devices are controlled from the phone, and can turn on the heating or air conditioning when they sense we are approaching our home. But they can do more than this. The key is that they learn from our habits, collecting data from many domestic sensors, processing them and making their decisions using artificial intelligence. These thermostats are the first great example of the Internet of things and its possibilities: these “things”, more than just being automatic and easy to program, no longer need to be programmed because they learn and adjust their settings on their own.

The friendly face of this new era of data processing is seen by the users of smart thermostats, who have reduced their spending on heating. The manufacturers promise savings of up to 30% on the bill. Power companies are beginning to sell these thermostats to their customers, and some go still further, offering rate discounts to users of the Nest thermostat if they let the electric company have the power to remotely shut off their air conditioning during peak hours of consumption to avoid overloading the electric grid in summer. 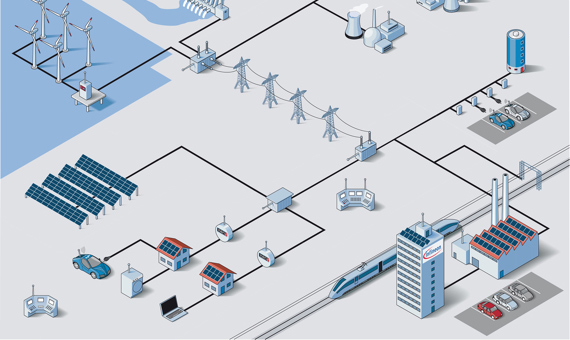 This can be seen in two ways. Processing and sharing data does achieve greater energy efficiency in every house, and also collectively in entire cities or regions. However, users may feel they are giving up their data and part of their control to the company, and that’s a double-edged sword. The era of Big Data awakens new concerns regarding privacy and the power that can accrue to those who collect all this data and know how to use it to their advantage.

In an industry that moves as much money as that of health, data on physical activity, heart rate, sleep, calorie consumption, etc. of millions of users is priceless. The legislation will have to adapt quickly to avoid abuses of power and permit the use of this data for the benefit of the health of the general population.

And the fact is that, turning it around again, the user of a smart bracelet who monitors her activity may also think that there is more utility in “donating” such data to science, much of which the typical individual is incapable of processing.

In late 2014, Apple launched a new system for the iPhone to collect and store data related to health, as measured by the mobile phone sensors themselves and from external mobile devices, sophisticated wearables with medical applications. Companies such as WebMD have already launched their own services based on this technology to more accurately monitor the health of patients. So, in 2015, we will learn about the first fruits of these pilot projects. If the result is that lives are saved and some ailments become better known, there will finally be a good reason to regard 2015 as the year of the wearables.

Threats: How to Successfully Survive Ourselves