Cosmic Lottery or Perfect Combination: Why Is There Life on Earth?

Breakthroughs in studies of the nervous system over the past centuries have been dramatic, with key findings in experimental and theoretical neuroscience. These breakthroughs have helped to understand important aspects of how the brain works, which also provides new inspiration for technology and artificial intelligence. Moreover, the continuous development of new automatic data and image processing methods that arise out of neuroscience and genetics experiments, control technology applied to neurophysiology experiments and the use of computational neuroscience to represent and integrate information, feeds back knowledge about the brain and creates new opportunities for interaction between the nervous system and computational intelligence paradigms, robotics, brain-machine interfaces and all sorts of prosthetic and augmented reality devices.

Understanding how the brain processes information: a multidisciplinary challenge

Among the maze of disciplines and approaches that try to understand how the brain works, there is a multidisciplinary approach to Neuroscience which looks at the nervous system in terms of its function: processing information. Theoretical models and experiments draw on closed-loop technology to reveal aspects of neuronal dynamics which do not come under traditional experimental protocols, hybrid circuits comprising live neurons and artificial neurons in a bidirectional interaction, behavior experiments with activity-dependent stimulation, and new protocols to personalize brain-machine interfaces.

The theoretical paradigms and computational models born out of this approach describe information processing in terms of robust sequences that activate neurons, networks and systems: from basic motor skills to cognitive activity, attention and decision-making. These paradigms can be implemented with high biophysical realism models or abstract models, allowing a combination of bottom-up and top-down approaches to study the origin of the robust dynamics of information processing in the nervous system. 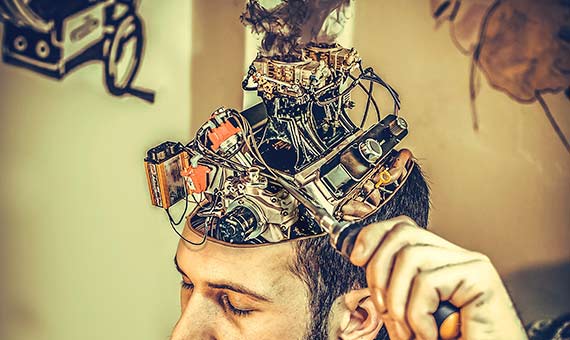 The models can serve as internal representations to build closed-loop interaction with the nervous system through in vitro and in vivo studies or nuclear magnetic resonance experiments. These experimental models include animals with simple nervous systems in which all of the sensorimotor transformation stages can be studied, and experiments can be conducted to check the efficiency of new brain-machine interfaces or information extraction paradigms to allows an early diagnosis of diseases in humans. The theoretical paradigms are also useful to prepare locomotor control and decision-making protocols in bio-inspired robotics.

Efforts to foster a two-way transfer between neuroscience and technology pose new challenges for modern research, highlighting even further the importance of the interdisciplinary nature of this interaction. Expectations about developing artificial intelligence to come closer to matching the capabilities of a human brain require an increased hybridization between the nervous system and algorithms and devices so that they perform shared information processing resulting in enhanced perception and a greater ability to understand and act.

Beliefs
The 4th Revolution: Delegated Intelligence and its Shadows
Scientific Insights
The Brain Living in your Body

The Greatest Showman (of the Pseudo-Scientific Hoax)