Maria Mitchell, a Scientist in the Struggle for Women's Rights

The End of "Single-Size" Medicine

Where do Insects go when the Cold Arrives?

The Strange Relation Between Numbers and Neurons

Mathematics as a vital key for understanding how the brain works

Advances in mathematics enable models to be created for describing mental processes concerning bipolar disorder and memory. Various experts in this promising interdisciplinary area that combines mathematics and neuroscience came together in the special sessions of the 10th American Institute of Mathematical Sciences (AIMS) Conference on Dynamical Systems, Differential Equations and Applications. The ICMAT was one of the local co-organizers of this event. 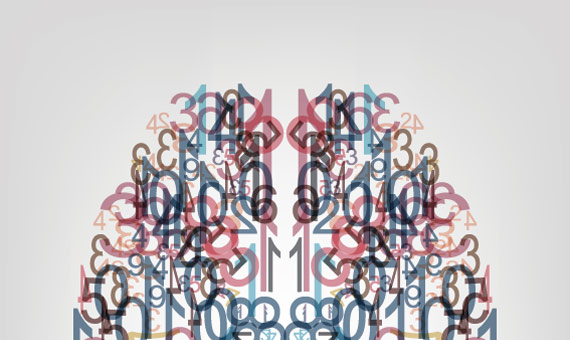 Bipolar disorder has for a long time been regarded as a curse disguised as madness or depression that was better left hidden, and it was not until the 19th century that it began to be understood as an illness. It is estimated that bipolar disorder affects one million people in Spain alone, according to the World Health Organization (WHO). The world total would be about 150 million people affected. A new mathematical model seeks to explain what happens during outbreaks of this illness.

The cycles of manic depression are described by patterns of oscillations, and we are just beginning to understand how these mood swings occur thanks to geometrical theories of perturbation. Mathematicians are still unable to guarantee that their proposals will prove to be of clinical use, but as Ekaterina V. Kutafina points out, “what is certain is that this model explains the mechanisms that are behind the development of the illness.” She is a researcher at the AGH University of Science and Technology in Krakow (Poland) and was a speaker at one of the sessions of the 10th American Institute of Mathematical Sciences (AIMS) Conference on Dynamical Systems, Differential Equations and Applications, held at the Autonomous University of Madrid Cantoblanco campus between July 7th and July 10th. These special sessions consisted of 13 talks scheduled to take place during the conference and were devoted to the applications of mathematics to neuroscience.

“Neuroscience is one of the most active scientific fields and requires the participation of experts from other disciplines. Its computer science aspects play a highly important role in modeling and experimentation, as well as in explaining the neurophysiological mechanisms and cognitive processes”

Roberto Barrio, professor and researcher at the University of Zaragoza (Spain), and Antoni Guillamon, researcher at the Technical University of Catalonia (Spain), in their introduction to the special session they organized together, which was devoted to nonlinear dynamics in neuroscience. “Differential equations are essential for the modeling of these phenomena, and as a consequence the techniques of dynamical systems and nonlinear dynamics have become resources for studying neurological models.”

In order to predict neuronal biological processes, it is very useful to describe the properties of neurons mathematically, and this is done by means of models. One of the most commonly used models is that by Hodgkin and Huxley, which explains the electrical behavior of nerve cells through the generation and propagation of electrical impulses. Simplifications such as those by FitzHugh-Nagumo and Hindmarsh-Rose have been proposed to make the most manageable model with computers. These simplifications have the peculiarity of only describing the dynamic as the transition between periods of rest and “explosions” of electrical impulses and their rhythms. Thanks to their great computational efficiency, they enable a large number of interconnected nerve cells to be simulated, thereby forming a neuronal network and the changes in the structure of these cells.

Understanding the capacity of neuroplasticity for repairing brain damage

In contradiction to the popular Spanish saying, knowledge does indeed occupy space. When something new is perceived, neurons develop filaments known as axons and dendrites that form connections with other neurons to create what is known as a neuronal network. This mesh of nexuses is where memory is housed, so the more stimuli and experiences a person perceives, the more connections he or she develops. These connections occupy space and cause the brain to increase in volume, but with age the process of neuronal atrophy begins and with it a reduction in the neuroplasticity of the brain. This capacity of the nervous system to respond to new information may hold the key to the development of more effective ways of treating brain damage caused by traumatic lesions, cerebrovascular accidents, deterioration due to age or to degenerative diseases. Many biochemical and physiological components lie behind this process, which requires different reactions both inside and outside the neurons that generate this response.

Neuro-DYVERSE (which stands for DYnamically-driven VERification of Systems with Energy considerations) is a new application aimed at understanding of how human memory functions by means of new perspectives in modeling, analysis and control of systems such as neuroplasticity. It arose in response to the lack of knowledge about the functioning of neuronal networks and their relation with memory and the learning process. According to Eva Navarro-López from the Faculty of Computer Science at the University of Manchester (United Kingdom), “Existing models are very limited. This project is a step towards a better understanding of the adaptive dynamical processes involved in the formation and consolidation memory in the human brain.”

In order for the brain to be able to produce memories, it must be capable of strengthening the most frequently used connections, which is what is known as long-term potentiation. Channels that are activated by nuerotransmitters form part of this process. When this molecule enters the synaptic cleft of the neuron it creates an electrical impulse. This “positive” connection triggers a series of biochemical processes that turn the neuron into a “favorite” channel for future connections, thereby making it stronger. The process increases the number of channels as well as changing the shape of some spines found in the dendrites and improves the connection. As Navarro-López explains, “We still don’t know anything about these neuronal interactions. Neurons are important, but what happens when they act as a whole?”

This is where Neuro-DYVERSE comes in; it combines theories from different disciplines such as hybrid systems, engineering, dynamical systems and network science. On the one hand, hybrid systems provide the models that represent the dynamical or variable behavior of the system. Since we are dealing with neurons, it is related with fuzzy logic theories and neuronal networks.

However, Neuro-DYVERSE is just one of the applications with the DYVERSE research network, the aim of which is to understand the complex behavior of hybrid systems (the dynamic of which is both discrete and continuous). To that end, DYVERSE consists of a three-step system. It first extracts information from the dynamical system under study. It then proceeds to a formal verification that checks to see whether the system if behaving correctly, and finally it supervises the process by control engineering. Once this process has been carried out, the theoretical data is validated experimentally by means of a prototype.

This is the result of a long research process combining engineering, computer science and the theory of dynamical systems. Eva Navarro-López says that, “the tools involved in hybrid systems may be able to provide answers from a different point of view.”  Despite recent progress, challenges still remain to be tackled, such as the appropriate gathering of data in complex systems and simulations in real time.

Navarro-López ended her intervention with a quote from “Degeneration and Regeneration of the Nervous System” by Spanish Nobel Prize-winner Ramón y Cajal: “The functional specialization of the brain imposes two great lacunae on the neurons: the incapacity of proliferation and the irreversibility of intra-protoplasmatic differentiation. It is for this reason that, once development ends, the sources of growth and regeneration of the axons and dendrites dry up irrevocably. In the adult brain the nerve channels are fixed, complete, immutable. Everything can die; nothing can be regenerated… It is up to science in the future to change, if possi

OpenMind
Start The Strange Relation Between Numbers and Neurons