Can a Transposon Protect Us From Coronavirus?

How Neurotechnology is Expanding the Brain’s Frontiers

This week José Antonio Lopez Guerrero shares with us part of his radio program in Spanish radio RNE, “Entre Probetas” (Among Test Tubes), where he introduces us to the Planck telescope, key to getting to know our universe a bit better.

When still less than 400,000 years old, the original universe was formed by a soup of protons, electrons and photons at just under 3,000ºC. After protons and electrons combined to form atoms – initially only hydrogen atoms – Light began to emerge. With the expansion of the universe, this light – radiation – took on the length of microwaves, and moved at couple of degrees above absolute zero (-273ºC below zero). Small fluctuations in the temperature of this background microwave radiation indicate regions with unequal density in the baby universe. These tiny differences are in reality the seed of everything we know, such as stars and planets, and of what we do not know.

The Planck space telescope of the European Space Agency (ESA) has just created the most detailed map so far of the cosmic microwave background. The map has processed the data collected from the telescope for nearly a year and a half. It represents the oldest light found in the Universe. 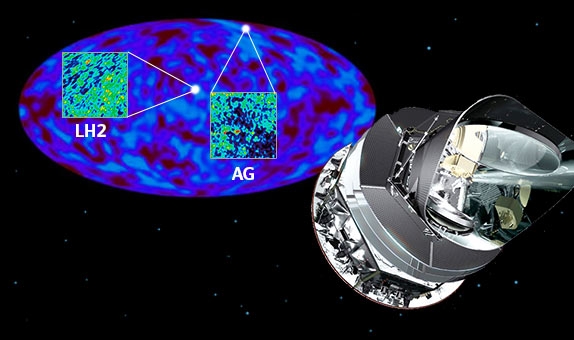 The Planck telescope was designed with the aim of preparing a map of the whole sky to reflect the fluctuations of the waves captured with a sensitivity that was impossible until now. These studies have allowed the evolution and expansion of the universe to be monitored from its first years of existence in order to confirm (that is the aim) the standard cosmological model precisely. However, not everything will be so simple. According to Jean-Jacques Dordain, Director General of ESA, the data analyzed so far show that the map of the cosmos is far from complete. At the moment, dark matter and dark energy are not covered by these initial results…

If you want to listen to the original content (in Spanish only), You can enjoy it here.

Business
Building Innovation "from the Roof Down"