Typographers Who Draw in the Clouds

William Hamilton: the mathematical vandal who invented a board game

Although William Rowan Hamilton of Dublin (1805-1865) is considered the most important Irish mathematician, the two best-known episodes of his life —and perhaps also of his work— are an act of vandalism and the invention of a mathematical puzzle or brainteaser, christened the “Icosian Game“. This month we pay tribute to him by presenting a series of puzzles based on his work:

Brainteaser 1: We begin with the original: Trace a route that begins and ends at the same point after passing through each and every one of the vertexes of the dodecahedron only once. 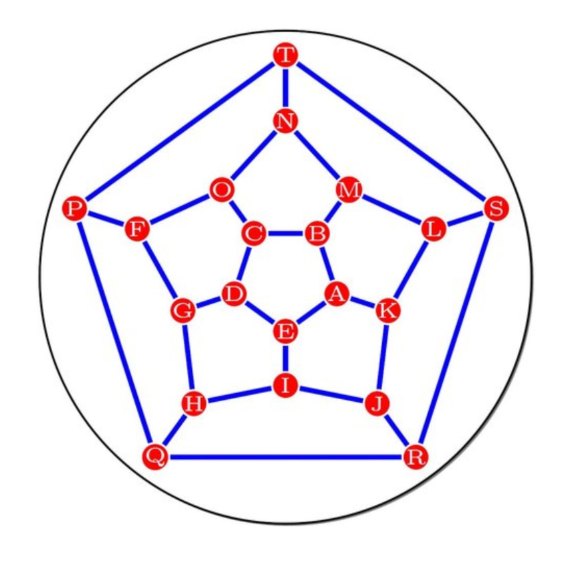 His act of vandalism in Dublin

William Hamilton’s act of vandalism (mathematical, but in the end vandalism) occurred on October 16, 1843 —when he was already a knight of the Empire.  That afternoon, the mathematician was walking with his wife on the Royal Dublin Canal, on his way to a meeting of the Royal Irish Academy, which he presided over. Hamilton was concentrating on his world, ruminating on a problem he had been working on for some time: giving shape to quaternions, the equivalent or extension of complex numbers in a tetradimensional vector space. Just as they were passing in front of the Broome Bridge and as Hamilton himself would later write, “an electrical circuit seemed to close in my brain and made a spark jump”… igniting an idea, upon which Hamilton —caught up in the excitement and in order to retain that moment of inspiration— could not resist the impulse to carve into one of the stones of the bridge the formula of quaternions (i2 = j2 = k2 = i j k = -1). This would end up being his great contribution to mathematics.

The questionable event passed definitively to posterity and became a sort of mathematical legend when in 1958 the Royal Irish Academy erected a commemorative plaque on the bridge, which has since become a place of pilgrimage and/or obligatory visit for mathematicians and science nerds in general.

A voyage around the world

Making up for that act vandalism, in 1857 Hamilton’s good deed was to create the “Icosian Game”. To claim that he invented this puzzle is controversial, since equivalent problems and puzzles had already been posed long before; but what is certain is that Hamilton’s formulation generalised the definitions of a Hamiltonian path (the route that on a graph passes through each vertex only once) and a Hamiltonian cycle or circuit (a closed loop in which the first and last vertex visited are adjacent).

Hamilton was also a pioneer when it came to commercialising the concept, after converting it into a board game called A Voyage Around the World. His game was played on a board with the flat representation or projection of the dodecahedron and where each vertex represented a city of the world. The challenge consisted of trying to make a Hamiltonian path that would start and end in two predetermined cities chosen by another player, as in this second example:

Brainteaser 2: Complete A Voyage Around the World that, starting in New York (N) and ending in the Austrian town of Innsbruck (I), follows a Hamiltonian path.

The game turned out to be a commercial flop, perhaps because it was too easy even for children. It would take a century and a half before interest in the “Icosian game” and Hamiltonian paths was revived. Based on them, in 2009 Erich Friedman created a new type of logical labyrinth: the “Hamiltonian mazes“, in which the objective is to find the only possible Hamiltonian cycle in a given graph. We close this month’s challenge with two of those puzzles, more complicated than those originally devised by Hamilton:

Brainteaser 3: Find the Hamiltonian cycle in this labyrinth, in other words, the loop that passes through each point only once. 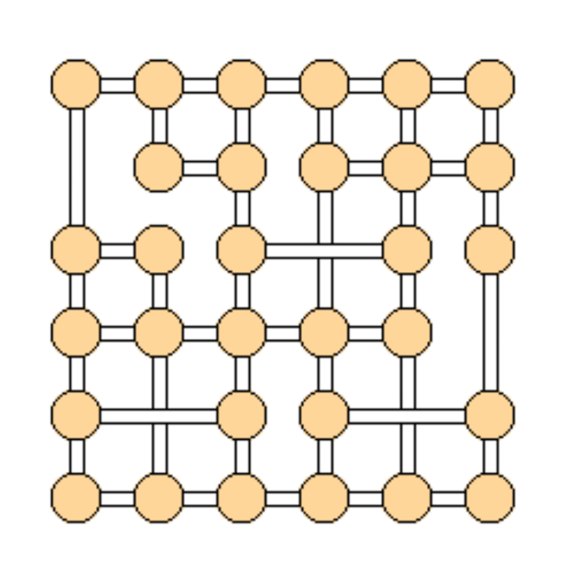 Brainteaser 4: Another Hamiltonian logic labyrinth in which the challenge is, again, to find the only Hamiltonian circuit possible. 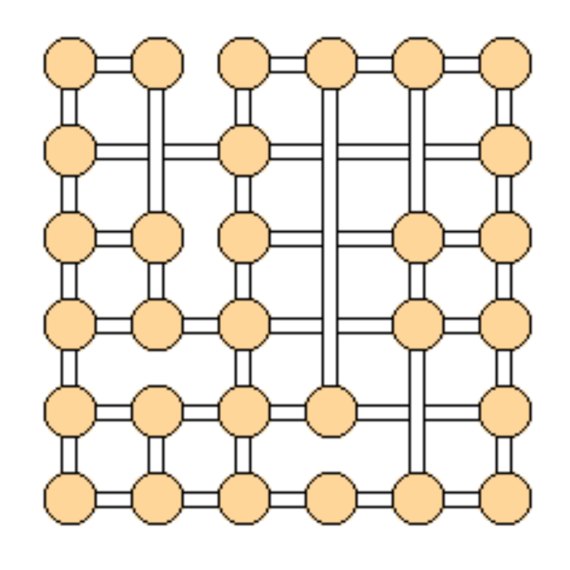 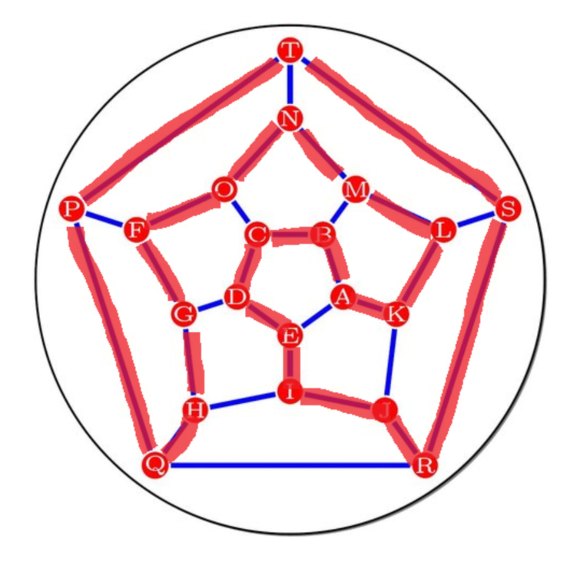 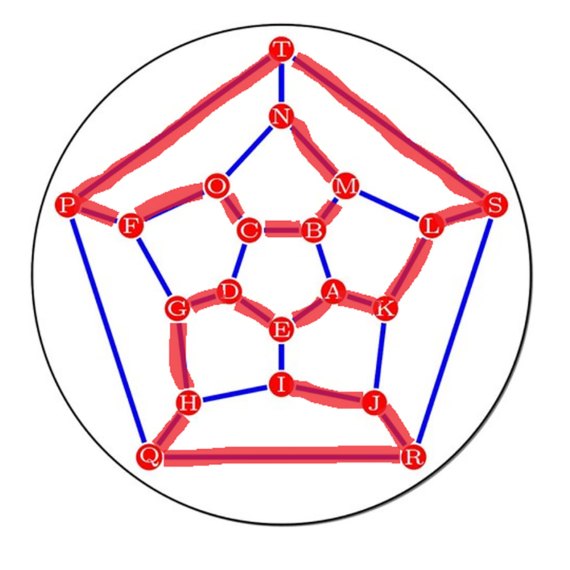 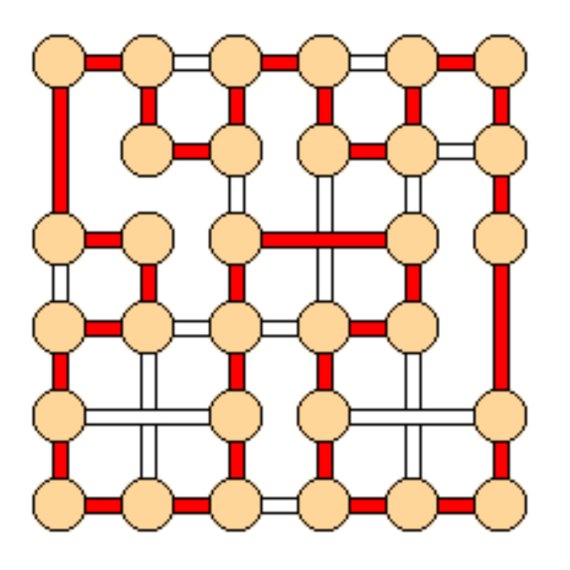 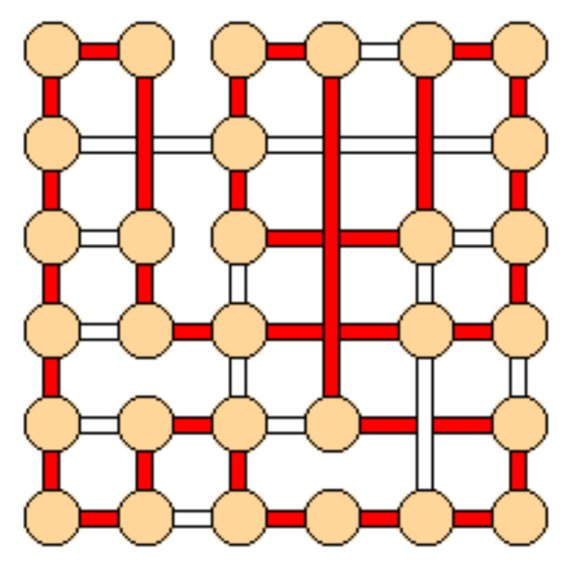 Why AI Can Never Replace a Good Employee

Elaine Thompson
Start William Hamilton: the mathematical vandal who invented a board game