Watch Out for Acid Rain!

Santa Claus and the Five-Room Mystery

According to Christmas tradition, on the night of 24-25 December Santa Claus travels in his sleigh pulled by flying reindeer and slides down chimneys to fulfil his mission of delivering presents without being discovered. But what if Santa’s real reason for using chimneys is to overcome the five-room puzzle?

This classic topological puzzle of unknown origin was first introduced in 1957 by the writer Martin Gardner, known for his articles and books on recreational mathematics. In its most classic version, which Gardner presented under the name “Cross the network puzzle”, there is a rectangular diagram divided into five interconnected spaces and the objective is to trace a continuous path that crosses all the straight lines of the diagram without passing through any of them twice and without the circuit crossing at any point. 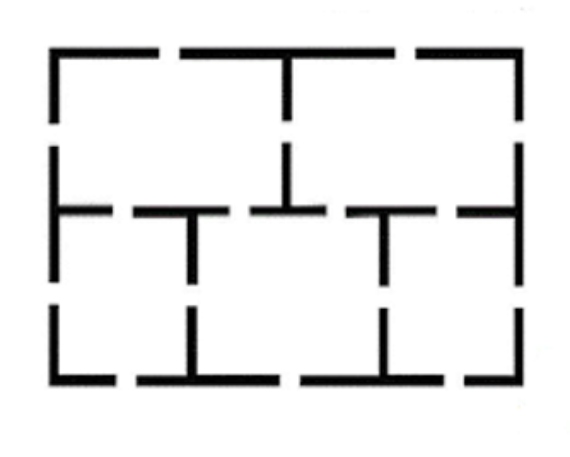 However, the best known version of the puzzle is the one that presents a five-room house with doors that interconnect each room to the inside and outside. The challenge is to visit all the rooms in the house by passing through each door only once. The difficulty is that the puzzle is an example of an unsolvable problem, i.e. one for which there is no solution. 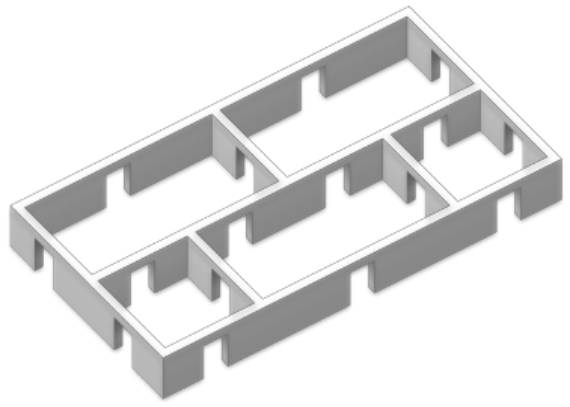 Challenge 1: The house with six rooms

Although the original problem cannot be solved, there are several variations of it that can be solved, for example, this one in which an additional room is introduced: 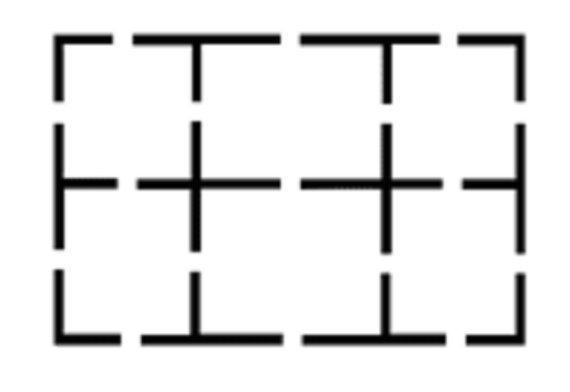 Mathematically, the unsolvability of the 5-room puzzle is explained by graph theory and the impossibility of tracing an Eulerian path (first discussed by Leonhard Euler), that is, a continuous and uninterrupted line that passes through each edge of the plane—which in this case is equivalent to the doors of the puzzle—only once.

However, it can also be demonstrated in a more informal and intuitive way: if each door has to be traversed only once, this implies that each room is entered through one door and exited through another. Thus, in rooms with an even number of doors (the two small ones) the line enters and exits. But in rooms with an odd number of doors (the three large rooms) the line enters, exits and re-enters. This implies that there would have to be three ends of the line, one in each of these large rooms. But a continuous line has only two ends, the beginning and the end. This shows the unsolvability of the problem.

Another variant of the problem presents the five-room house but with one of the original doors bricked up, a scenario that, once again, can be solved. 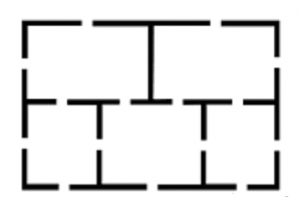 The origin of Santa’s chimneys

Back to our Christmas setting, with Santa Claus as the main character and taking into account that he has to visit all the homes in the world in a single night, it is more than likely that he would come across a house laid out in the same way as the puzzle. And if one assumes that Santa’s aim is to visit every room while minimising the risk of being seen, this implies that Old Saint Nick would try to go through each door only once. If so, he would not be able to make his way through the house if he initially entered through one of the doors, since, as we have seen, the problem is unsolvable. Could this be the reason why Santa traditionally slips down chimneys?

The now traditional depiction of Santa Claus entering homes through the chimney originated in the early 19th century, and the legend is said to have begun with the publication in 1812 of a revised version of A History of New York by Washington Irving, which contained the first known written reference to Saint Nicholas entering houses by “rattling down the chimney”.

However, the origin of the five-room puzzle is unknown; neither its author nor when it first arose is known. But let’s speculate—if only for the sake of amusement—that Irving knew of the puzzle and introduced the chimney to offer a satisfactory solution to Father Christmas.

With the introduction of a chimney the scenario changes and the two-dimensional puzzle is transmuted into a three-dimensional one, making the puzzle solvable. Of course, this is just a fictitious Christmas story and it is more than likely that Irving had no connection with the well-known five-room puzzle.

Help Santa Claus solve the five-room house puzzle by considering that he can access one of the rooms through the chimney.

(Hint: At no point does the problem require the circuit to start and/or end outside the house). 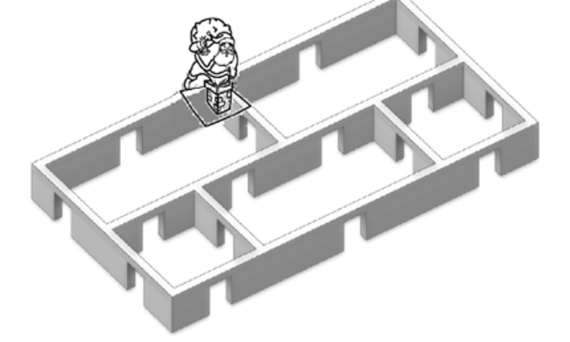 For challenges 1 and 2 there are several possible solutions that are easy to achieve. 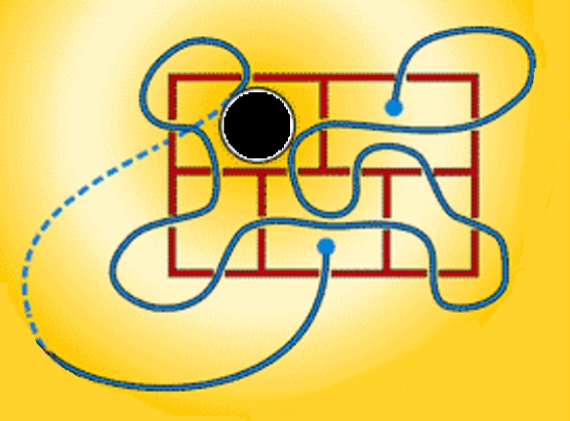 The dashed line represents the part of the route that involves climbing up the exterior wall to reach the chimney.

Are We the Same Person Throughout Our Lives?