William Hamilton: the mathematical vandal who invented a board game

3 Historic Discoveries That Allow Us to Fight Against COVID-19

What Can I Do About Climate Change?

More than three decades have passed since the scientific community reached a consensus in the late 1980s: greenhouse gas (GHG) emissions caused by human activity are warming the planet and altering the climate. What was previously understood as climate change has escalated to a climate emergency due to the foreseeable severity of its effects. In the meantime, we the masses anxiously endure a succession of international summits, negotiations between governments, agreements, their observance or failure, etc.

But the causes of climate change do not rest solely at the highest level of governments and industries; scientists have taken it upon themselves to teach us that ordinary humans are not mere passive spectators of all this, but that our daily activities and our own homes are also part of the problem, and that we must therefore be part of the solution. As a group of researchers from several European institutions wrote in the journal Energy Research & Social Science on the contribution of households to climate change, “there is a mismatch between the roles and responsibilities conveyed by current climate policies and household perceptions of responsibility.”

Households consume fuel directly for heating, cooling, cooking and powering private vehicles, which already accounts for a certain share of GHG emissions. But while the focus of the climate change debate is often on oil, gas and energy companies, industry in general, transport and livestock farming, it is worth remembering that the destination of many of these chains is society itself; it is we who consume the end result of this whole system of production. Therefore, the contribution of households and individuals to climate change can be approached using two different criteria: direct emissions and indirect emissions through this chain.

Regarding the former, a recent analysis led by researchers at the University of Michigan estimated that in a country like the US, GHG emissions generated directly by households account for around 20% of global emissions. Although there are differences between countries, this figure can be taken as representative, bearing in mind that not only does the total amount of GHG emissions into the atmosphere vary greatly between rich and poor nations, but also that household emissions in each region of the world are influenced by other demographic, social, technological, policy and natural factors.

But if we add the indirect contribution through what we buy, consume and eat, the services we hire and the energy we use, the global household carbon footprint amounts to more than 60% of all GHG emissions, with variations between countries: in the US it exceeds 80%, while it is lower in China (30-40%), Canada (44%) or Japan (40%).

And what is true regarding the difference between rich and poor nations also holds true for households with higher and lower incomes: the average carbon footprint of an American is more than five times higher than the global average, but also in the US the carbon footprint of a high-income household is five times higher than that of the poorest families; households with an annual income of more than $100,000 account for 22% of the population, but generate almost a third of the emissions caused by households. According to one estimate, when a household’s income doubles, its carbon footprint increases by 66%.

The magnitude of these figures is large enough for experts to draw attention to the need for action; according to a review of household emissions by scientists at the Chinese Academy of Sciences and Lanzhou University, “realizing the climate target without changing the consumption behaviour of household sectors is unrealistic.” Yet this is a sector that is often neglected in the climate debate: “The possible contribution and position of households in climate policies is neither well understood, nor do households receive sufficiently high priority in current climate policy strategies,” said the European study cited at the beginning. For these authors, “short term voluntary efforts will not be sufficient” to achieve the goals of the Paris agreement—limiting the global temperature increase to 1.5°C—if states do not implement “a regulatory framework supporting their behavioural changes.”

Household energy and transport, the key drivers of emissions

But for consumers to take action and for governments to guide and support this transformation, it is necessary to drill down into the details, to break down this volume of emissions attributed to households into the different types of activities, services or products. Furthermore, it is also necessary to know what the real carbon footprint of different consumption options is according to a rigorous scientific analysis, as the preconceived or most widespread ideas about what is greener or more environmentally friendly are not always backed up by data.

Firstly, with regard to the distribution of these household emissions, in terms of direct emissions, the greatest burden falls on transport: according to one estimate, this accounts for 73% of the total, with the remaining 27% due to the fuel used by households. If all indirect emissions from supply chains are also considered, the aforementioned University of Michigan study divides this total carbon footprint into five categories: housing, transport, services, food and clothing. Of these five, and with data for the US, housing itself has the greatest impact, with 34%, and three-quarters of this (25% of the total) comes from energy consumed at home, mainly electricity and gas.

In the same breakdown, transport accounts for 30% of total direct and indirect household emissions, slightly more than energy from the home itself. But interestingly, only 23% is due to vehicle fuels; the remaining 7% is due to public transport and other transport services. Although in this direct comparison, vehicle fuel accounts for a smaller share of emissions than the energy we consume at home, transport is nevertheless a growing sector, both in total and per capita emissions, due to a steady growth in travel and vehicle sales.

As for services, food and clothing, the first two contribute respectively 19% and almost 17%. Services comprise categories such as health, entertainment, education and others. But it should be borne in mind that in these authors’ analysis these data refer to direct and indirect emissions generated in the households’ own country, in this case the USA. However, the globalisation of trade means that in many cases a part of these emissions are produced in other countries supplying the products and services, and in some categories this foreign footprint far exceeds the domestic footprint; for example, clothing hardly contributes anything to emissions in the US, but it represents 12% of the total indirect emissions that US households cause in other countries.

This exported footprint mainly affects the major supplying countries. In the case of the US, most of it is generated in China, a country that supplies all kinds of goods to much of the world, while Canada and Russia have traditionally been major suppliers of fuels to the US—a situation that has changed in recent years—and Mexico produces much of the food consumed in US households. These exported emissions have a varying weight in the countries’ own emissions; in China they account for only 3% of its total emissions, but in Mexico they amount to 8%, and more than 12% of Canada’s emissions are due to US household consumption.

In summary, the above provides an outline of the main sources of GHG emissions from households, and thus the areas where action is most needed. But how to act? In the following articles in this series we will address in detail each of these categories that contribute to household GHG emissions, and examine the opinions of scientists and experts regarding how one’s carbon footprint can be reduced so that individuals can play a positive role in a transformation that involves all of us.

Is industry the human activity most to blame for global warming?

Analyses of emissions by sector show which sectors are the most intensive users of fossil fuels, the main source of GHGs. But sometimes the way the data are grouped together can lead to confusion. For example, industry is often blamed as the main contributor to global warming, and it is true that this sector accounts for more than 40% of global emissions. But this calculation is made by distributing the generation of electricity and heat among the sectors to which they are allocated. By contrast, if energy production is considered as a separate sector, it amounts to 44% of the total, while emissions from industry excluding energy use fall below 20%. 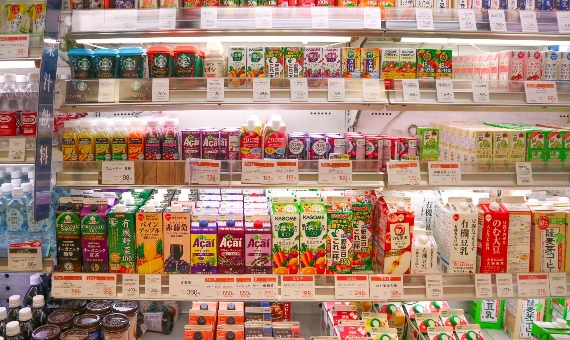 The decisions we take regarding the consumption of clothing or food affect our environmental impact. Image: Pexels

Similarly, leaving households out of these calculations can mask their impact on emissions. When energy is apportioned between the sectors to which it is allocated, households are responsible for 20% of GHG emissions in the US. The European Environment Agency estimates that, of the 40% that energy production contributes to total EU emissions, half of this is distributed equally between industry and households.

The Second Type of Mendelian Inheritance

Manuel Ruiz Rejón
Start What Can I Do About Climate Change?