Sustainability Notes nº1: Carbon Neutrality: Current Status and Outlook
See more books
Start We Are Not Alone… Or Are We?
Humanities Sociology

We Are Not Alone… Or Are We?

Few topics generate more interest among both the scientific community and public opinion. And more so when we are visited by meteroids and asteroids —a small one, yet whose impact in the Urals was widely broadcast over Youtube, and a larger one, discovered by a Spanish citizen, which brushed against us at only 27,000 kilometers.

From Orson Wells with his War of the Worlds to James Cameron’s Pandora and Na’vis (Avatar) to ET by Stephen Spielberg as well as his Close Encounters of the Third Kind or the Trojan Horses of JJ. Benítez… the doubt persists. And resists. 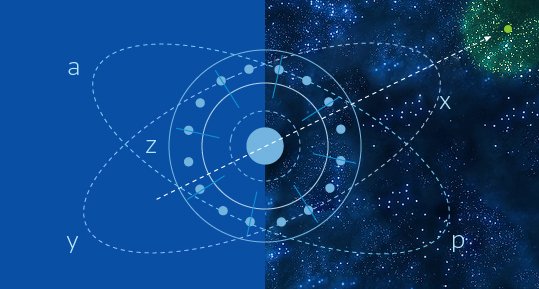 The logic of probability tells us that among millions of galaxies, stars, and planets we might not be the only place where the primordial soup catalyzed the combination of trace elements —oxygen, nitrogen, carbon, hydrogen, sulfur…— in a structure sufficiently stable to reproduce and, with the right dose of infrared and ultraviolet rays give birth to life. Empirical evidence tells us that we have not met others, which is obvious if they live light years away or at the part of the universe which is expanding in the other direction, and faith converts us into unique creatures in the image and likeness of the all-embracing creator.

Up to now we could only nurture our doubt from the imaginative minds of the likes of Jules Verne or conspiracy theories, the Bermuda Triangle, Nazca lines… but we now have Twitter direct from Mars. Live and direct. Curiosity, the latest probe exploring the Red Planet since August 2012, shares in 140 characters with its more than 1.2 million followers its discoveries. For now, what seems to be  to be bacteria fossils.

Disappointing or hope-giving? Worryings or foreseeable? Almost all everything in life, it depends on the expectations generated by our framework of reference. For those who were hoping for something like Close Encounters of the Third Kind, or ET… the truth is that fossil bacteria are not greatly exciting. For those who believe that all that did not come out of Noah’s Ark should not be there… Houston, we have a problem.

What life do we expect to find out there? Are we alone?

Sociology
We Are Not Alone... Or Are We? (part II)
Finance
Reinventing Financial Services

Juan Murillo Arias
Start We Are Not Alone… Or Are We?