Great Masters of Painting... and of Science

How Our Medicines Pollute the Environment

The Species That Conservationists Themselves Want to Eradicate

The Challenge of Technological Intelligentsia

The intelligent label refers to more than just a device’s functionality. It also refers, for example, to its long-term social and personal consequences, its internal dynamics, its duration and also what is new about it. The idea covers not just how IT developments work, but also what happens when they are used. 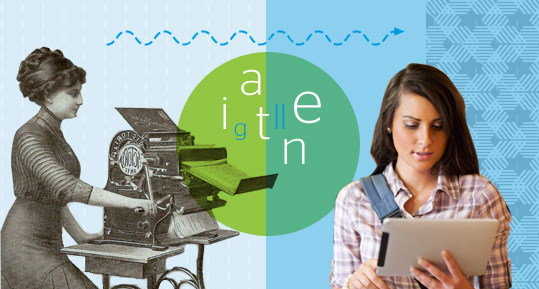 Not all innovations are subject to the same thought process. There are many examples that we can point to. When the printing press was invented in the 15th Century nobody thought that the new technology would revolutionize the way we understand the world around us or make reading available to the entire population. We now have a greater understanding of such effects than in the past, but we are still unclear on what the future holds for digital reading. Another example is the invention of the combustion engine and its proliferation in the 20th Century. In the late 1900s we thought that vehicles were the solution to our transport problems. Now we know that there are less benign consequences of the combustion engine. These are examples of intelligentsia going unused. Had we grasped an understanding of the printing press, perhaps we would have prepared better for the overwhelming amount of information that is now available, while had we understood the consequences of cars better perhaps we would not find ourselves in the same ecological straits. But is such circumspection and an understanding of the future possible? There are examples that suggest that it is. These include the designing of cities capable of handling vehicles that do not yet exist, or sending messages into space in the belief that they may find a recipient.

I believe our ability to predict the future is predicated on our capacity to understand phenomena. The greater the insight we have regarding an object, the greater our ability is to make judgments on how best to use the same. That’s what makes it so essential that we learn to define things and order them somehow. It’s not as hard as it seems. To understand things we must try to define them in our own words.

One technological intelligentsia initiative, and attempt to establish definitions, is the international conference The Western Library in the Hispanic Context , organized by the La Rioja International University in partnership with the Discourse Analysis Group from the CSIC Center for Human and Social Sciences. The event aims to promote debate over the future of traditional books in the electronic age. One of the conference objectives is to establish a list of books that deserve the honor of inclusion in the library of the future. I don’t know if such an enterprise is possible, but the idea is certainly thought-provoking.

Future
The Sensory Revolution of Technology
Beliefs
Esthetics and Innovation: from Nietzsche to Schumpeter to Freeman
Communications
Typographers Who Draw in the Clouds

The Urban Footprint – Part I