Leonardo's Footprint: From Engineering to Anatomy

Beyond Auto-Tune: From Oil Exploration to Revolutionising Pop Music and to AI

Little has been said about the deceased, or rather the feelings or emotions triggered by the deaths caused by COVID-19. “Regarding the pain of others”, which is the title of one of the best-known books by Susan Sontag, is a topic that hasn’t been very present in these years of pandemic, and it is also a very important part of being human. Moreover, feeling the pain of others seems to have acquired relevance on many occasions only for those who have had to suffer it themselves.

Derobotizing human thought – a path towards sustainability consists of a set of two articles, which have the processes on which important decisions are based as their central theme. These concern what is most intimately human: life, and the pain when faced with its loss. This first article will analyze and exemplify through different stories what can lead to this type of human disasters. The second article of the same title will discuss what kind of solutions are emerging and what they consist of. Responses to this challenge will be presented from artificial intelligence and from a deeper understanding of our emotions.

THE SENSE OF LOOKING FOR REASONS: A PARADISE OF CONTRADICTIONS

One of the ways to approach a subject and make it understandable to others is to generate or narrate a story. This can be both real or fictitious. The story of this pandemic is real, and we are all part of it. We all, without exception, function as a kind of actor and spectator at the same time, and the data and information being generated, or rather that we ourselves are providing, may prove to be the master keys to the design of future societies.

Thus, new data or measures emerge all day every day which, in some cases may seem contradictory if you pay close enough attention to them. It is a well known fact that the most pertinent information or data is found in the details or in the exceptions, and not infrequently. Thus, we have signs that limit the capacity of many public spaces; lines painted or stuck on the ground, which indicate the path you should take to exit and enter a building to avoid crowds; informative signs, many of them reflective, remind us to practice social distancing and of the mandatory use of masks for our health and that of others. On the other hand, coinciding simultaneously with the above, we find bars, public transportation, restaurants, historical centers, seafront promenades -to name but a few-, full of people vaccinated with the complete Coronavirus vaccination regimen, mixed with unvaccinated people, and others already immunized because they have survived the disease.

In addition, many of the world’s countries have decided to take different paths to tackle the pandemic. And, if something in one country has worked excellently, it does not seem to have been a sufficient reason for such measures to be implemented in other parts of the world. Some people, those who feel like actors on this historical stage will have wondered, and will even continue to wonder, if things could have been done better in a different way. Others, those who prefer to be more spectators, will cling to what is simply there, to what others say without questioning anything at all. This Coronavirus has cost not only the lives of many people, but, if one speaks in more human terms, it has single-handedly taken the lives of many, who “have literally died alone”.

The years of COVID-19 and its many variants have been joined in recent months by torrential rains, hectares of forest devastated by fires and other natural disasters, again resulting in human losses. In addition to climate change, there is another current issue that has yet again to do with the loss of life: the Afghan conflict, which has left millions of civilians in search of a new home, food and work since somebody has decided to make this decision for them.

While virtually all the world’s media report on these issues day in and day out, the dominant tone of the world’s population is clearly teetering between a state of alienation and despair, with optimistic overtones because the Coronavirus vaccine has given us back our longed-for “normality”, or has established a “new normality.” This has all been in exchange, of course, for the registration of many of our movements, both physical and digital.

Let us move on to another story that appears in The Book of Why by Judea Pearl. This story is also based on real events, and unfortunately corresponds to another great human drama. What is interesting about this story is that, on the one hand, it emphasizes the process by which certain decisions were made.  On the other hand, it shows how certain emotional biases cost the lives of the explorers, without anyone having to assume responsibility for the deceased.

Pearl calls this event a “truly appalling” historical example. The story is based on a controlled experiment, which was published in 1747, in which a ship’s captain, James Lind, conducted some research on scurvy. After the study, Lind concluded that a diet rich in citrus fruit prevented the sailors from developing the disease and dying from it. The important facts to remember are that scurvy was the cause of death of two million sailors between 1500 and 1800, and that in the early 19th century scurvy was a disease relegated to the past.

However, this disease was again present in the British Arctic Expedition of 1875, in the Jackson-Harmsworth Arctic Expedition in 1984, however it was Robert Falcon Scott’s expeditions to the Antarctic in 1903 and 1911 respectively that suffered the worst consequences. How could it be then that a disease practically eradicated in the various past expeditions could have re-emerged again? Pearl specifically uses the words “ignorance and arrogance” to describe this human failure. The following is the reasoning for these terms. 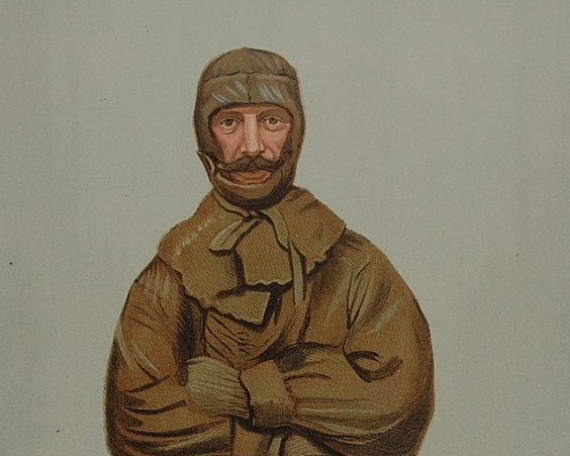 The reemergence of scurvy was due to the fact that by 1900 Britain’s leading physicians seemed to have forgotten Lind’s lessons of the last century. Specifically, Dr. Reginald Koettlitz and others attributed the death of the explorers from scurvy to contaminated meat, and in Dr. Koettlitz’s own words the benefit of anti-scurvy foods (i.e. citrus fruits) was a hoax. Thus, on his 1911 expedition, Scott, on the advice of Dr. Koettlitz, stocked up on dried meat but not citrus fruits or juices. The key question is: Why did Koettlitz dismiss James Lind’s research?

Fortunately, in 1912, a Polish biochemist named Casimir Funk proposed the existence of micronutrients, which he called “vitamins”. And in 1930 Albert Szent-Gyorgyi succeeded in isolating the specific nutrient that prevented scurvy, which was not just any acid but ascorbic acid, or the well-known vitamin C. This discovery earned Szent-Gyorgyi a Nobel Prize in 1937, doing exactly what Szent-Gyorgyi did what Manuel Vicent says in the proverb: “he who seeks the truth runs the risk of finding it.”

Finding “the necessary ingredients” to improve both processes and decision making, while ensuring that these are in line with the values of our societies in a hyper-connected and digitized world on a planetary scale, requires innovative tools. Introducing artificial intelligence systems to support humans in their decision making, along with improving our understanding of what kind of emotion comes into play and making us go for one option and disengage from the rest may be two of them. But what is this subfield of AI called and how will these intelligent systems learn ethics and morals? What human emotions are responsible for being able to change certain mental models and patterns of behavior? The pieces of this puzzle will be dealt with in the next article.