Mendel Versus Darwin: A Clash of Titans

A Secure Model of IoT with Blockchain

Drivers of Convergence Between Developed and Developing Economies

In the past 40 years, we have seen a breakdown in the sharp divide between advanced and developing economies that first emerged during the Industrial Revolution. 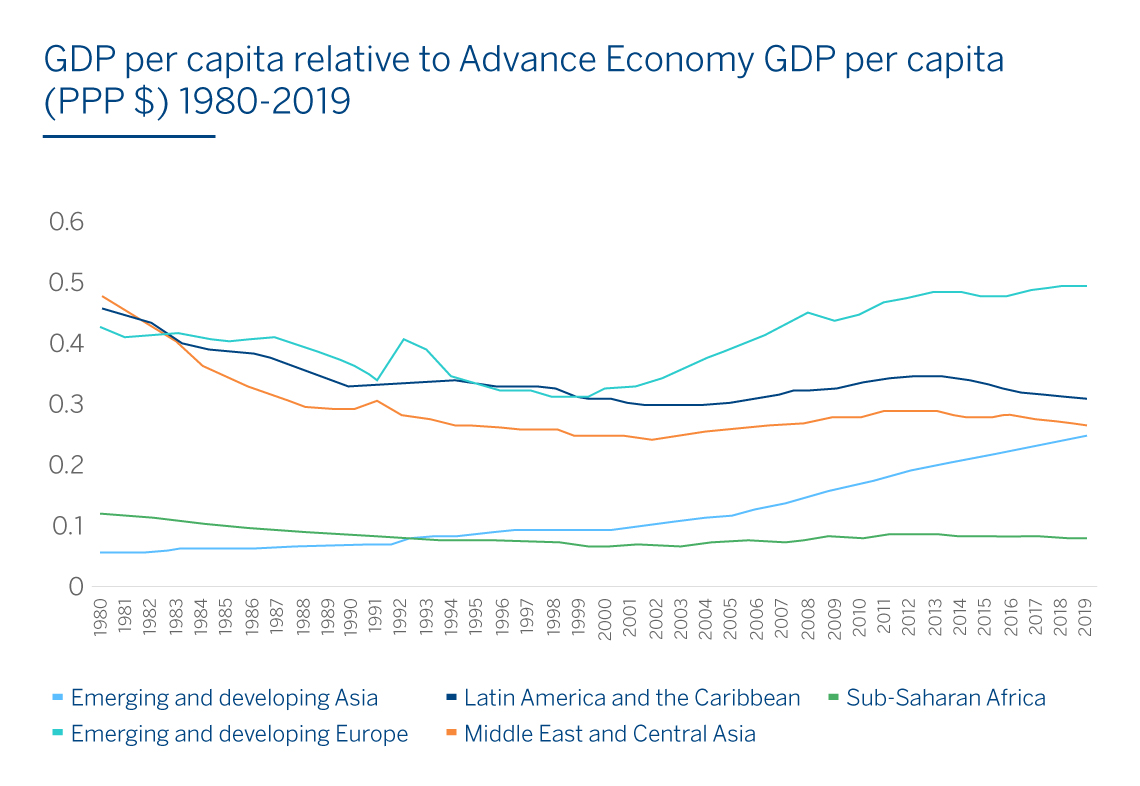 Looking at EMDEs by region reveals that much of the convergence has been driven by East Asia, particularly China. Also notable has been the growth among Emerging European countries owing to their rapid convergence with what the World Bank called the Western European “convergence machine.” (World Bank 2012). 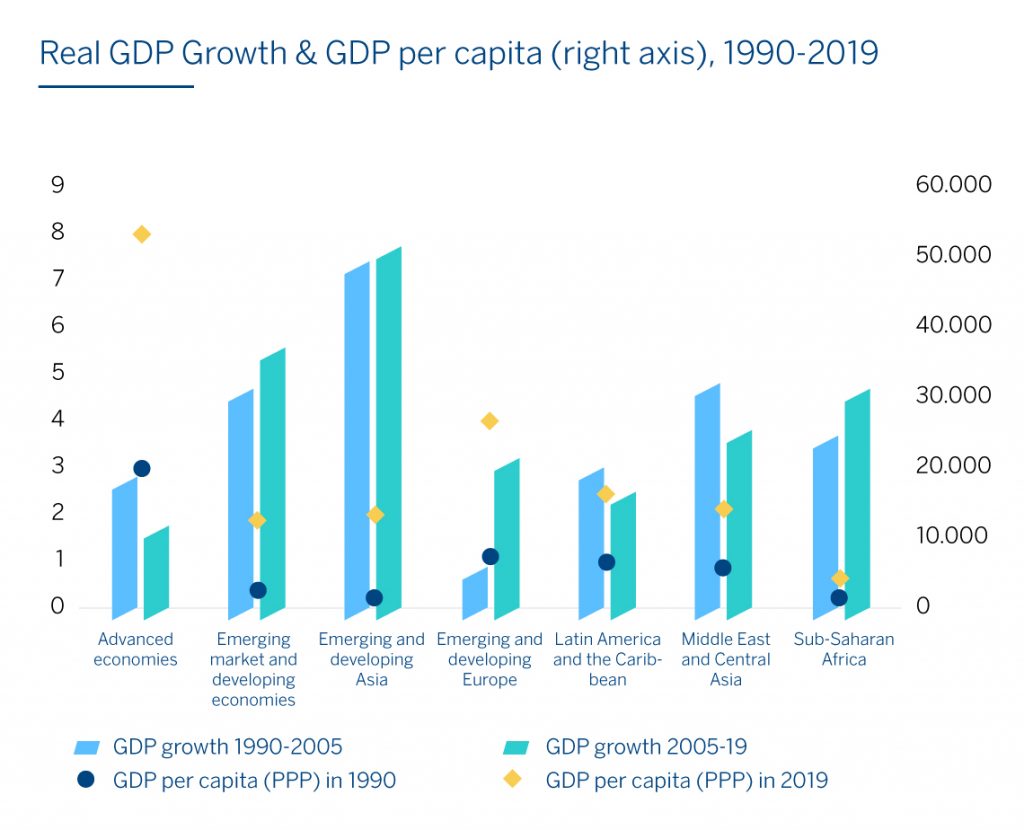 There are numerous factors behind this historical convergence. One is the demographic transition that has taken place in many EMDEs as I discussed in a previous post. In this essay, I would like to highlight the role of two other variables: (1) significant improvements in the business environments of many developing economies, and (2) the higher levels of EMDE integration into global trade and value chain networks.

A big part of the story that has driven many of the most successful convergence stories is in improvements in the business environment. According to the World Bank, since 2004 the cost of starting a business has fallen from 150% of income per capita to around 30% today in EMDEs as a whole (World Bank 2020). This convergence is very important as substantial barriers to firm entry may account for almost half of the income gap with the U.S. (Herrendorf and Teixeira 2011). Economies with better business environments typically experience higher levels of entrepreneurial activity, which generates better employment opportunities, higher government tax revenues, and improved personal incomes. And despite this progress, there is still a long runway for improvement and the role of business sector reform to continue to contribute to convergence in many countries. An entrepreneur in some emerging market economies may spend around 50% of income per capita to launch a company as compared with just over 4% in a high-income economy (World Bank 2020). 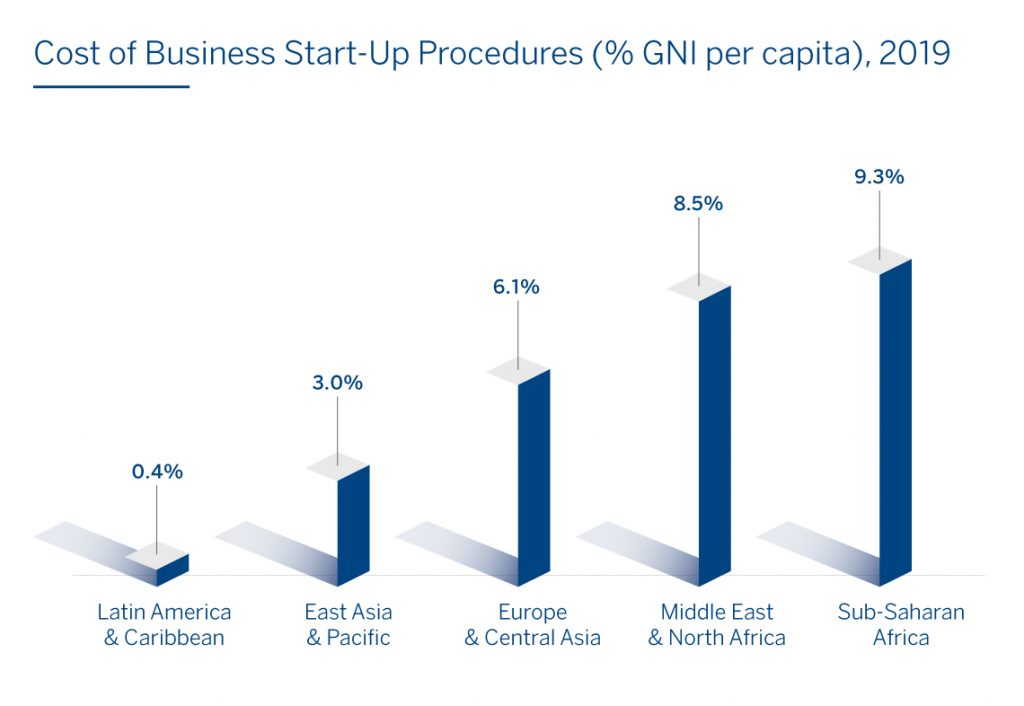 A second part of the convergence story results from the increased integration of international goods markets. From the start of the 1997 East Asian financial crisis to the start of the 2008 Global Financial Crisis, EMDEs massively extended their integration into global networks of trade, including global value chains which comprise more than two-thirds of world trade (World Bank and World Trade Organization 2019). Combined EMDE imports and exports increased from 44% of GDP in 1997 to 64% in 2008.

It is interesting to note that the destination of EMDE trade has increasingly re-oriented away from advanced economies and towards other EMDEs. Currently, just under half of exports from EMDEs are shipped to other EMDEs (“south-south” trade) and this has increased by 10 percentage points in the past 20 years. Similarly, EMDE growth has shifted end markets for global value chains and the value of intermediate goods trade between EMDEs is now higher than between EMDEs and advanced economies. These increased trade links, along with rising foreign direct investment, create the conditions for convergence by facilitating knowledge and technology transfers. China is at the center of both final and intermediate goods trade being the world’s leading exporter of manufactured goods and the world’s leading importer of raw materials (UNCTAD 2015). 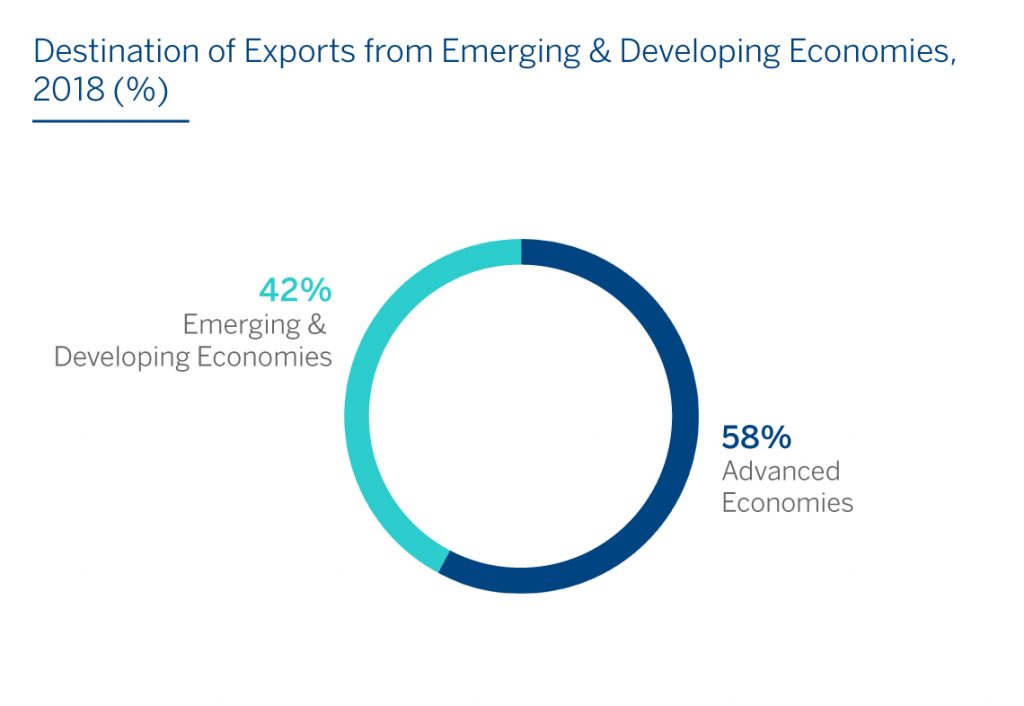 Will trade integration continue to support further convergence? Perhaps, yet the modalities may change. Over the next decade, international demand may become a less important driver for many EMDEs, especially given slower growth in advanced economies and aging populations, which will shift demand more heavily towards non-traded services and away from imported consumer perishables. Younger populations and rising consumer demand resulting from rising per capita GDPs will make domestic demand, as well as higher levels of South-South trade, even more important in driving convergence over the next decades.

A version of this essay was delivered at the 2019 Cornell Emerging Markets Institute Conference at the Cornell Tech Campus in New York on November 8.

Take Your Telescope Out for a Stroll in the Universe