How to Retort to the Climate Change Deniers

Water, the Strangest Liquid in the Universe

She was a Hollywood star who spent her nights developing a frequency-hopping communication system. She was the inventor of a precursor of Wi-Fi who by day played Dalila under the direction of Cecil B. DeMille. She was the wife of a Jew who sold weapons to Hitler and Mussolini. She was an immigrant who told authorities in the US everything she knew about the weapons of the Axis powers. All this was the remarkable Hedy Lamarr (9 September 1914 – 19 January 2000), a character worthy of a novel by John Le Carré, and whose birth 100 years ago we now celebrate.

In 1933, the year the film Ecstasy came out in which she appeared nude and launched her career on the back of the ensuing scandal, the Austrian actress Hedy Kiesler married her first husband, magnate Fritz Mandl, “who was supplying illegal weapons to the fascist governments of Europe,” explains Stephen Michael Shearer, biographer of the actress and author of Beautiful: The Life of Hedy Lamarr. Their relationship was not ideal. “She was a trophy wife who was denied a social life without her husband; her career stalled,” says the biographer.

Hedy escaped from her husband and moved to the US, resuming her career in Hollywood in 1937. With her new name, Hedy Lamarr, the stunningly beautiful actress became a big star. But behind her glittering public image, Lamarr was hiding something. In Vienna she had heard discussions about weapons and communications systems that her husband had had with the leaders of fascist Europe. And when she left, she took with her what she knew in order to make it available to the country that welcomed her. 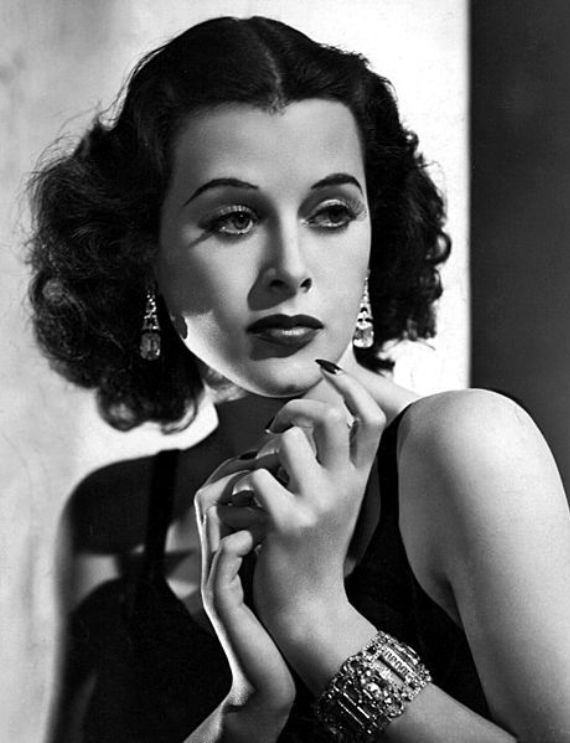 One day Lamarr met the composer and pianist George Antheil, a pioneer of mechanized music and automatic synchronization of instruments. Together they thought of applying the principle of the pianola (or player piano) to radio controlled torpedoes; i.e. using perforated rolls of paper so that the communication frequency would jump around between 88 different values (the number of keys of the piano) in a sequence that only those who possessed the key could know. This would prevent the system from being intercepted. The patent was issued on August 11, 1942 under number 2,292,387 and entitled Secret Communication System. 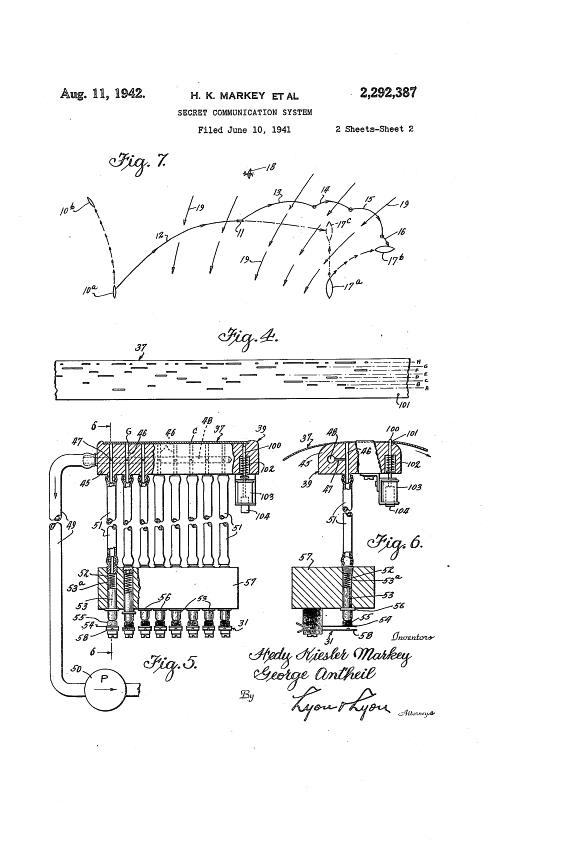 However, the system of Antheil and Lamarr was not immediately exploited. According to Shearer, this was due to two reasons: “First and foremost, the government did not understand or did not at that time conceptualize the idea of wireless communication.” But according to the author, the second motive may have derived from the unusual profile of the inventor. “Possibly the invention was shelved because Lamarr was considered the most beautiful girl in the world and we must keep in mind that, at the time, nobody took a beautiful woman seriously regarding intellectual matters.” Anthony Loder, son from Lamarr’s third marriage, told OpenMind that she never intended to make money with her invention, which she handed over to the US Navy. “Hedy was ahead of her time by 20 years,” adds the actress’ son. 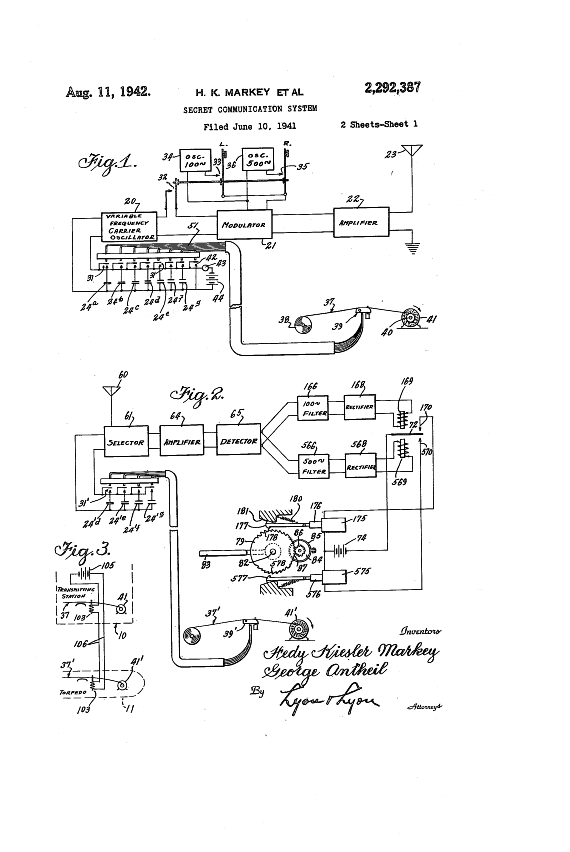 The invention of Antheil and Lamarr would finally be exploited two decades later, after Antheil had died in 1959 and the patent had expired without producing a single dollar.” In the 1960s, the patent was used to develop wireless military communications for guided missiles. This would be, together with the invention of mobile phones, the foundation of all wireless communications we know today, such as Wi-Fi,” explains Shearer.

For the inventor and actress, however, the future would not be as promising. After the war, her film career went into decline. Her darkest years arrived starting from the 1960s when she was arrested for shoplifting. Nor would her work as an inventor be recognized until after her death in 2000. Since 2005, her birthday, November 9th, has been designated as Inventors’ Day in the German speaking countries (Austria, Switzerland and Germany). In May 2014, Lamarr and Antheil were inaugurated into the US Inventors Hall of Fame. The rejuvenation of interest in her exciting life has led to new works being written about her, such as the graphic novel by Trina Robbins Hedy Lamarr and a Secret Communication System or the book Hedy’s Folly: The Life and Breakthrough Inventions of Hedy Lamarr, from Pulitzer Prize winner Richard Rhodes. Meanwhile, Loder is looking forward to writing a book about his mother and is working on a biographical film destined to see the light in 2015.

Good Science Also Has a Place in the Cinema