How Our Medicines Pollute the Environment

Five Doors to a Smart Future

“Hi, I’m the future you imagined, and I’m already here.“

That’s how technology could greet us one of these days; in fact, that’s what it already does, thanks to virtual assistants that connect to the smart devices in the home to make our lives easier. This future will arrive little by little, but you can start by opening each of these doors to understand what is hidden behind them.

The dream of enjoying the intimacy of your car, forgetting about public transportation, and doing so without driving is getting closer every day. Not only that, but your car will recognize you and take you where you want to go while it puts on the music you like, reminds you of your important meetings and reserves a table in your favorite restaurant. In other words, autonomous cars can transform not only how we move around, but also the concept itself of intimacy, because although we won’t share space with people we don’t know, we will be giving vital information about ourselves to the companies that run autonomous transportation systems.

Ships, trains, buses and even planes: all of them are means of transportation that are getting ready to adapt to this driverless technology, with all its advantages and all its risks. The ethical dilemmas presented by these transformations will sooner or later be heard by the courts and be transformed into law. How successful will that transformation be?

Until now compulsory education around the world has been committed to the study of a second and even a third language; but little by little, a new global language has been introduced through our terminals. Sadness, joy, hugs and kisses are the simplest icons to decode, but as in the case of hieroglyphs, this is a new way of increasingly complete and intricate communication: the language of emojis. Are you prepared to understand it? 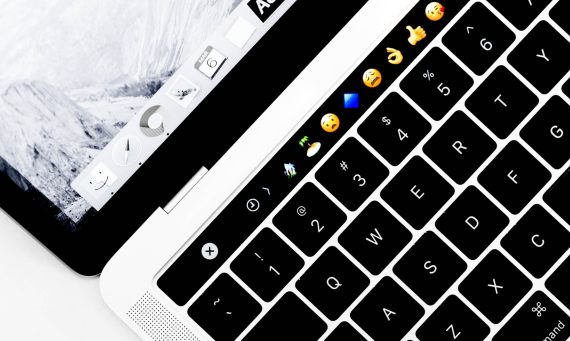 And what if these graphic messages could reach your smartphone quicker than they do now, without the need for keys or wifi? Through light? Is it utopian to think that one day we may be able to connect to the internet through streetlights? There really is a treasure at the end of the rainbow: that of the communications of the future. Discover all the secrets of li-fi, the communication technology of the future.

Thanks to the development of the Internet of Things (IoT) and connected devices, the proliferation of applications, consumer preferences for sophisticated products, and the interest of users in social connectivity and data monitoring have become the ideal breeding ground for the development of technology you can put on, or wearables.

Although we are already familiar with smart bracelets and watches, what would happen if our own clothes were monitored and “understood” our movements?

Our life with machines has become consolidated over decades: they accompany us and make our daily life simpler. The capacities of robots are transforming more swiftly than the capacities of humans. Does that mean that robots will achieve the singularity, and surpass human beings themselves?   And if that happens, what role will human beings have in the society of the future? What can we do today to have an influence in the events of a potential future dominated by robots?

Post-human evolution could last as long as Darwinian, of which our species of humans is now a product; and what is even more fascinating is that the post-human generation will reach to the stars. Darwin had already pointed out that “no living species will preserve its unaltered likeness into a distant futurity.” Now we know that this “futurity” extends much further, and that the alterations in species can take place much quicker than Darwin forecast thanks to technology and scientific development.  And we also know that the cosmos offers possibilities of a more extensive and varied habitat than we would ever have imagined here on Earth. Will our generation get to live on other planets?  Martin Rees answers these questions and raises many more in his fascinating article on interstellar travel and post-humans.