Interactive Timeline: The Age of Things

Quantum computing is the area of study focused on developing computer technology based on the principles of quantum theory. Tens of billions of public and private capitals are being invested in Quantum technologies. Countries across the world have realized that quantum technologies can be a major disruptor of existing businesses, they have collectively invested $24 billion in quantum research and applications in 2021. 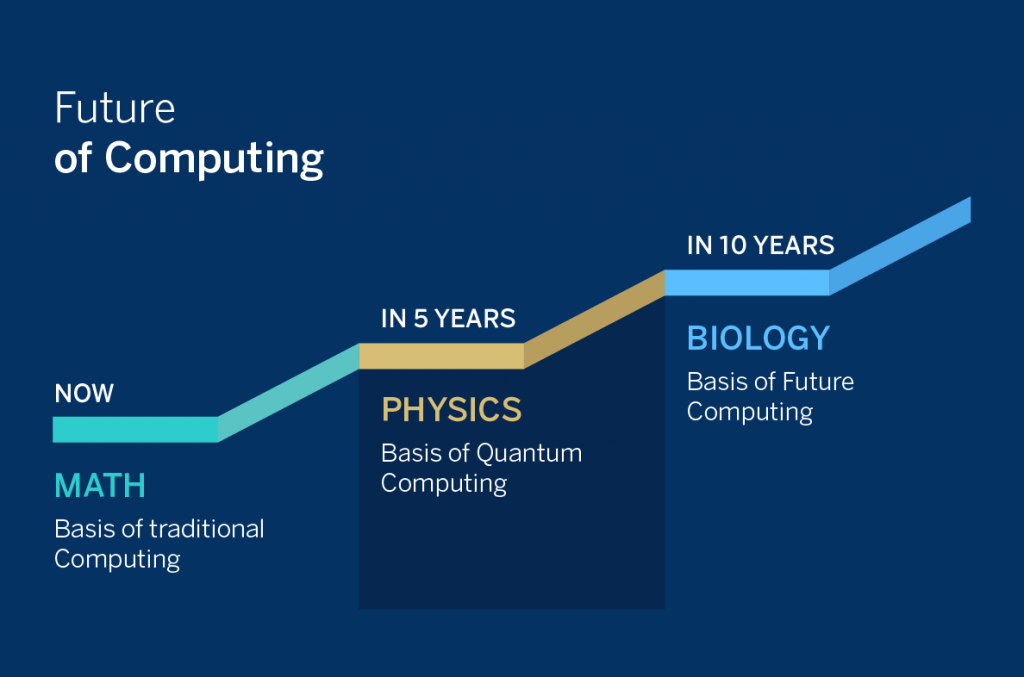 A Comparison of Classical and Quantum Computing

Classical computing relies, at its ultimate level, on principles expressed by Boolean algebra. Data must be processed in an exclusive binary state at any point in time or what we call bits. While the time that each transistor or capacitor need be either in 0 or 1 before switching states is now measurable in billionths of a second, there is still a limit as to how quickly these devices can be made to switch state.

As we progress to smaller and faster circuits, we begin to reach the physical limits of materials and the threshold for classical laws of physics to apply. Beyond this, the quantum world takes over, in a quantum computer, a number of elemental particles such as electrons or photons can be used with either their charge or polarization acting as a representation of 0 and/or 1. Each of these particles is known as a quantum bit, or qubit, the nature and behavior of these particles form the basis of quantum computing. Classic computers use transistors as the physical building blocks of logic, while quantum computers may use trapped ions, superconducting loops, quantum dots or vacancies in a diamond.

The two most relevant aspects of quantum physics are the principles of superposition and entanglement.

Superposition: Think of a qubit as an electron in a magnetic field. The electron’s spin may be either in alignment with the field, which is known as a spin-up state, or opposite to the field, which is known as a spin-down state. According to quantum law, the particle enters a superposition of states, in which it behaves as if it were in both states simultaneously. Each qubit utilized could take a superposition of both 0 and 1. Where a 2-bit register in an ordinary computer can store only one of four binary configurations (00, 01, 10, or 11) at any given time, a 2-qubit register in a quantum computer can store all four numbers simultaneously, because each qubit represents two values. If more qubits are added, the increased capacity is expanded exponentially.

Entanglement: Particles that have interacted at some point retain a type of connection and can be entangled with each other in pairs, in a process known as correlation. Knowing the spin state of one entangled particle – up or down – allows one to know that the spin of its mate is in the opposite direction. Quantum entanglement allows qubits that are separated by incredible distances to interact with each other instantaneously (not limited to the speed of light). No matter how great the distance between the correlated particles, they will remain entangled as long as they are isolated. Taken together, quantum superposition and entanglement create an enormously enhanced computing power. 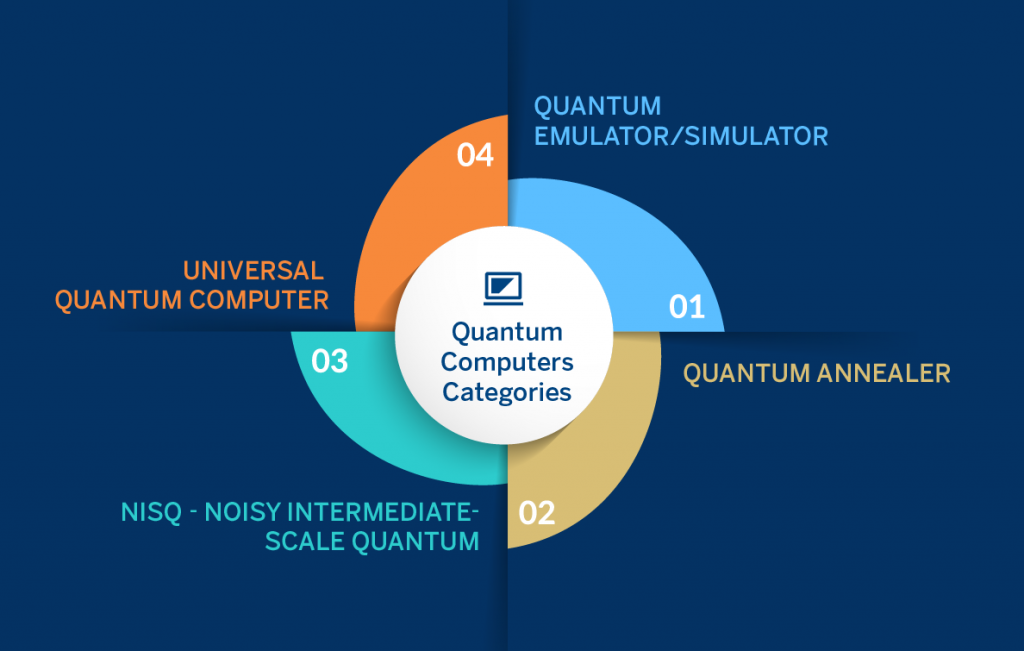 These are classical computers that you can buy today that simulate quantum algorithms. They make it easy to test and debug a quantum algorithm that someday may be able to run on a Universal Quantum Computer (UQC). Since they don’t use any quantum hardware, they are no faster than standard computers.

A special purpose quantum computer designed to only run combinatorial optimization problems, not general-purpose computing, or cryptography problems. While they have more physical Qubits than any other current system they are not organized as gate-based logical qubits. Currently this is a commercial technology in search of a future viable market.

Think of these as prototypes of a Universal Quantum Computer – with several orders of magnitude fewer bits. They currently have 50-100 qubits, limited gate depths, and short coherence times. As they are short several orders of magnitude of Qubits, NISQ computers cannot perform any useful computation, however they are a necessary phase in the learning, especially to drive total system and software learning in parallel to the hardware development. Think of them as the training wheels for future universal quantum computers.

This is the ultimate goal. If you could build a universal quantum computer with fault tolerance (i.e., millions of error- corrected physical qubits resulting in thousands of logical Qubits), you could run quantum algorithms in cryptography, search and optimization, quantum systems simulations, and linear equations solvers.

New cryptographic systems would secure against both quantum and conventional computers and can interoperate with existing communication protocols and networks. The symmetric key algorithms of the Commercial National Security Algorithm (CNSA) Suite were selected to be secure for national security systems usage even if a CRQC is developed. Cryptographic schemes that commercial industry believes are quantum-safe include lattice-based cryptography, hash trees, multivariate equations, and super-singular isogeny elliptic curves. 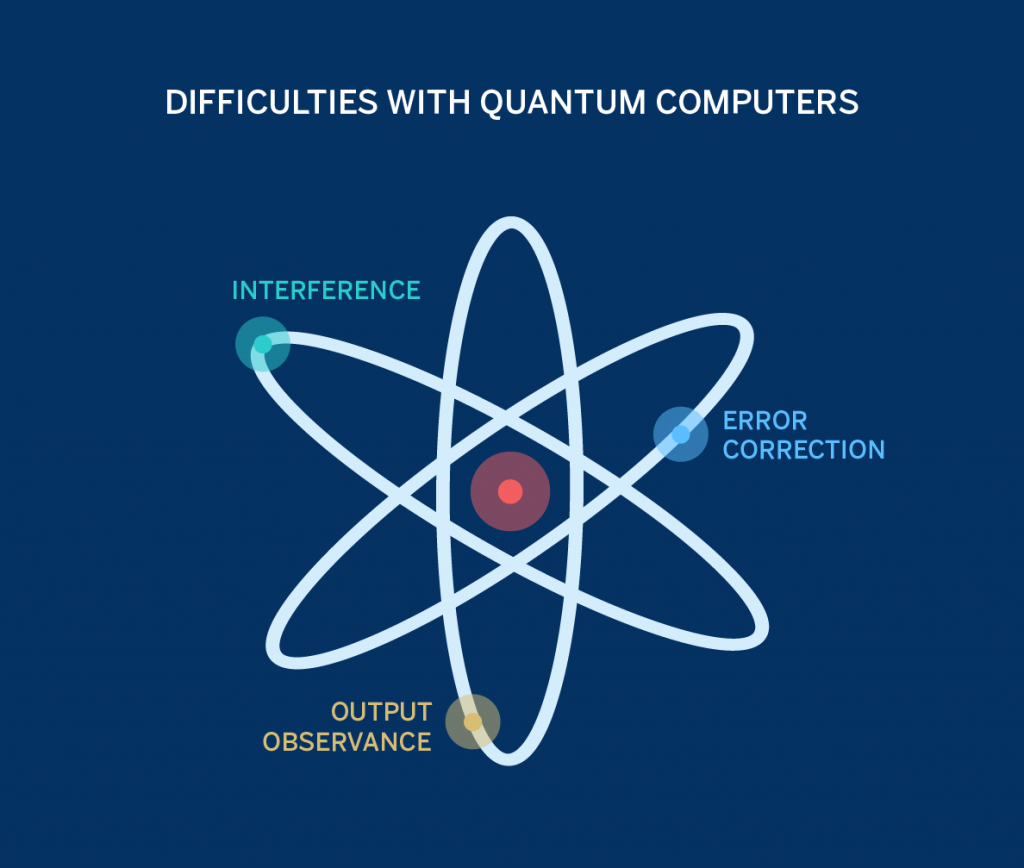