The Most Frequent Doubts When Choosing a Telescope

Find the Mistakes in the Theory of Predictive Coding

We Are Eating Our Planet

July 2 is World UFO Day, not according to the United Nations, but according to a website whose purpose is to “spread the word about World UFO Day”, “share factual and helpful information about the subject” and, in short, “share the truth”, trying to “stay away from speculation as much as possible.” These stated goals may come as something of a shock considering that the date of July 2 was chosen to commemorate the alleged crash of a UFO on that day in 1947 in Roswell (New Mexico, USA), an incident that ranks among the most talked-about conspiracy theories of all time. But believers or sceptics, who doesn’t enjoy watching E.T., and who wouldn’t want to have such friendly cosmic neighbours? 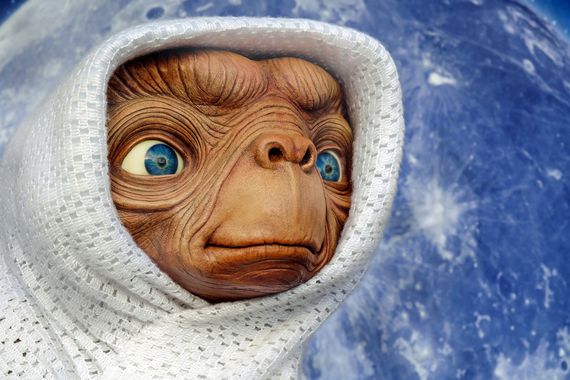 Human belief in intelligent alien life has no identifiable concrete origin, but the UFO phenomenon does: on 24 June 1947, respected businessman and experienced pilot Kenneth Arnold was flying near Mount Rainier, Washington, when he saw what he initially described as nine bright, crescent-shaped objects moving like saucers skipping across the water. Journalist Bill Bequette of the East Oregonian misunderstood and wrote that Arnold had sighted nine saucer-like aircraft flying in formation. And although the pilot himself initially tried to clear up the misunderstanding, he eventually embraced the saucer version; in fact, he went on to make a career out of it, including several more sightings, articles and books.

Just two weeks later, on 8 July, the Roswell Daily Record reported that the military at Roswell Army Airfield in New Mexico had reported the capture of a flying saucer found by a local rancher. The army later retracted the report, claiming that it was a weather balloon, which had been concealed as part of a secret project. The incident was mostly forgotten at the time, but was resurrected in the 1980s, now including an alien autopsy. And interest has endured to this day, with the US Air Force’s “case closed” and all the subsequent investigations that have disproved it failing to convince UFO enthusiasts. Engineer B. D. “Duke” Gildenberg, one of the people responsible for those secret projects, revealed that balloons five times bigger than the Hindenburg were tested and dummies were used. In his 2003 article “A Roswell Requiem” he said that the “Roswell incident was one of the worst candidates ever proposed as proof of alien visitation.”

At the time, the world was abuzz with flying saucer hype, and even scientists were talking about it. It was precisely during a conversation about UFO sightings in the summer of 1950 among four physicists at the Los Alamos laboratory that the Italian Enrico Fermi asked: “But where is everybody?” This apparent discrepancy between the conviction that numerous technological civilisations should exist and the absence of evidence they exist has gone down in history as the Fermi paradox, to which various tentative solutions have been proposed.

The rise of UFOs

This conviction prompted the search for extraterrestrial intelligence (SETI) in 1960 using radio telescopes and other means, which continues today. In the intervening decades, several false alarms and the odd unresolved clue have been left behind, but SETI scientists are not giving up hope. In June 2022, China intrigued the world by announcing that its new Five-hundred-metre Aperture Spherical Radio Telescope (FAST), nicknamed “Sky Eye” and currently the world’s largest and most sensitive, had detected “several cases of possible technological traces and extraterrestrial civilisations from outside the Earth”. The report, published in the official newspaper of the Ministry of Science and Technology, was later withdrawn, but further details are expected.

Proof of this renewed interest in UFOs is that NASA has announced a nine-month independent scientific study of UAPs (Unidentified Aerial Phenomena). Credit: The Conversation

As for UFOs, and although most of the cases have been disproved, it seems that interest is reviving after years of decline: a US survey shows that in just two years, from 2019 to 2021, the percentage of those who believe that some UFO sightings have been alien spacecraft has grown from 33% to 41%. In May 2022, a session of the US Congress reviewed a recent National Intelligence report on what have been renamed UAP (Unidentified Aerial Phenomena). The fact that some cases have not been explained sparked the excitement of the most enthusiastic, but nothing new of particular significance was revealed. Proof of this renewed interest is that NASA has announced a nine-month independent scientific study of UAPs for autumn 2022, the results of which will no doubt be eagerly awaited. In any case, and even if UFOs really do say more about us humans than about other possible beings in the universe, it is clear that we cannot live without them.