Switch on the Christmas lights

Nowadays, when coloured Christmas lights are something inherent to this festive period, the truth is that they are a relatively recent tradition. It is now one hundred years since the entrepreneurial initiative that popularized this tradition, so we take the opportunity to remember its origin and review its evolution.

Before 1917, assembling festive electric lights was virtually mission impossible, only within the reach of electricity experts. That past difficult challenge inspires this today’s brainteaser:

Each of the bulbs of these Christmas lights is connected to a switch with two possible positions: A and B, but as befits the first Christmas lights, the user is responsible for the assembly, and with so many wires and switches, it has ended up a complicated mess. The switches may or may not correspond to the lights above, and the on-off positions are not the same. Now time is pressing as the neighbours are already beginning to congregate around the tree and waiting for you to light it up.

You have the information provided by the three tests carried out to find out which switch and in what position each light bulb turns on so that the public lighting is a success: 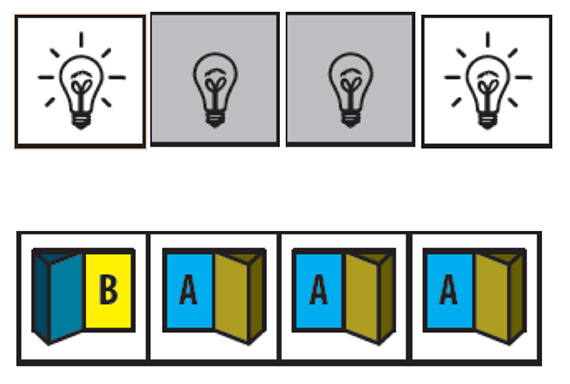 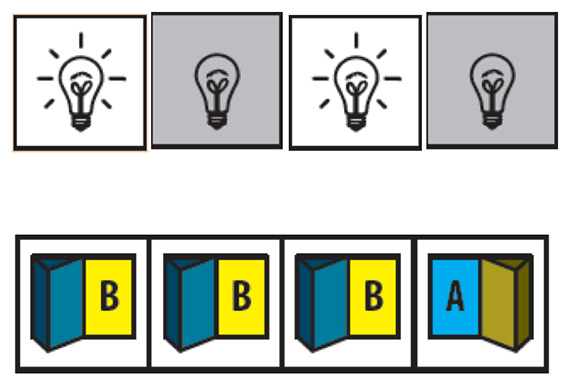 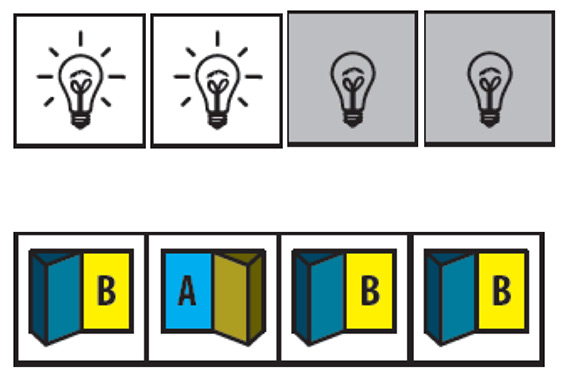 The moment of illumination has arrived! 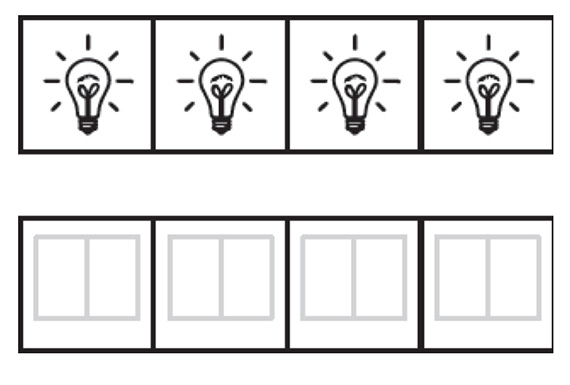 Before looking at the solution, and to discover the birth of this tradition, let’s go back to the Christmas of 1880, just after the light bulb’s invention. Thomas Edison, one of the people given credit for its invention, decided to decorate the exterior of his laboratory in Menlo Park with rows of light bulbs, to the surprise and admiration of the passengers of the train that regularly passed nearby. The lights also served, above all, as a dazzling piece of advertising.

Just two years later, in 1882, Edison’s friend and partner in the Edison Illumination Company, Edward H. Johnson, took the idea and went one step further by manually assembling and wiring a garland of 80 red, blue and white light bulbs with which he decorated a Christmas tree, a tradition that he would renew every year.

Of course, those first Christmas lights had little to do with modern ones—the bulbs had to be connected one by one to the wire, then to each other and finally to the electric generator. This is why it was necessary to have some knowledge of electricity that was not within reach of everyone. Only those who were very electrically handy or were wealthy enough to hire the services of a professional and willing to spend about $300 at the time (equivalent to around $2000 today) were able to enjoy the new lights. One of these people was President Grover Cleveland, who in 1895 became the first president to commission the decorating of the White House Christmas tree with hundreds of multi-coloured electric light bulbs. It was for this reason that, at the beginning of the 20th century, Christmas lights were restricted to events and parties in clubs and high society residences.

In 1903, General Electric pioneered the sale of pre-assembled kits with coloured light bulbs, cables and sockets that were simpler to put up at home, though they did require some electrical expertise. This led to their price being more affordable for all pocketbooks, though still expensive from a modern perspective.

And so we arrive in 1917, when teenager Albert Sadacca had the intuition that Christmas lights could be a good business opportunity and convinced his parents to offer strands of user-friendly Christmas lights in their novelty lighting store. The first year they only managed to sell a hundred or so, but Albert persisted in the endeavour and after replacing the conventional white bulbs with brightly coloured ones, sales soared. It was so successful that in the early 1920s Albert and his two brothers founded the NOMA Electric Co., the largest Christmas lights company in the world until 1965.

Not long after, on Christmas Eve 1923, President Calvin Coolidge inaugurated the tradition of illuminating the Capitol Christmas Tree, installed in Washington, D.C., with Christmas lights, 3000 bulbs on that first occasion, sparking a tradition that would soon spread throughout the country and the rest of the world. 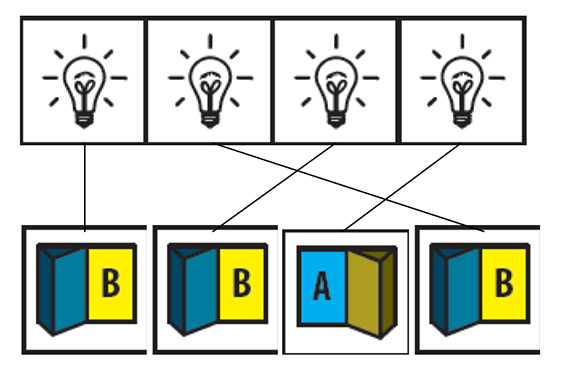