The Complexity of Perplexity: A Journey with no Destination or GPS

The Hybrid Airplane Takes Off

A couple of litres of fuel and 33 cents in electricity—that’s the price to travel 80 kilometres across the sky in an aeroplane designed by the University of Cambridge. Its secret is a hybrid engine developed thanks to funding from Boeing. In 2014, this aircraft took off for the first time on manned test flights as the first hybrid plane capable of recharging its batteries in flight. But it’s not the only project underway: there are currently dozens of initiatives on the same path, with the aim of achieving greener air traffic, capable of reducing CO2 emissions. The most optimistic voices even predict that in the next decade we could see the first commercial models for short-haul flights.

The Cambridge project uses a modified Czech SONG aircraft that reduces fuel consumption by 30%. But this was only a first step. “Yes, we can improve efficiency by optimising the mixture of air and fuel and the helix angle,” explained Paul Robertson, from the Cambridge Department of Engineering and leader of the project. The costs of the aircraft are not dramatically higher either. “It would cost about the same as a conventional aircraft, maybe 5-10% more,” Robertson told OpenMind on the occasion of the first flights of the aircraft. 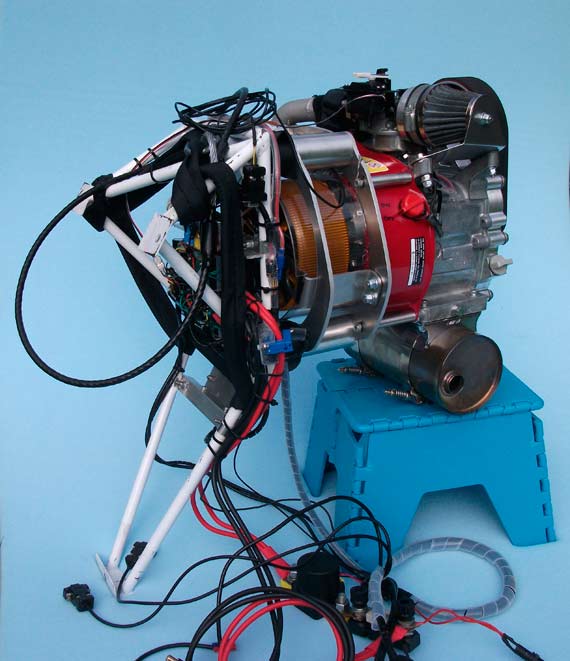 The key to the system lies in the electronic guts of the aircraft. The wings house 16 lithium cells, which are monitored by a computer system. In the engine area, two motors are combined: a Honda GX combustion motor and a Joby JM1 electric motor spinning at 7,000 rpm. And the whole system records its flight data on an SD card to help improve its performance. An unprecedented milestone has also been reached according to the researchers: “The engine can also act as a generator and charge the batteries from the flight. This is the first time this has been achieved,” said Robertson. The system also has other advantages: “The engine is much quieter and, with careful design, there could be safety improvements by having a system of dual power, so the plane could continue flying using only fuel or only electricity.” In other words, in the event of a failure, the aircraft would have another engine available to avoid a crash.

Hybrid aircraft are one of the possible responses to the aviation sector’s impact on climate change. The International Civil Aviation Organisation (ICAO), the UN body responsible for regulating this sector internationally, estimates that air traffic is responsible for at least 2.4% of total CO2 emissions and consumes 13% of fossil fuels annually. It also predicts that this number could multiply by four to six times by 2050.

The University of Cambridge’s hybrid aircraft marks a path towards drastically reducing this source of pollution. But Robertson acknowledges that there is still work to be done in this area because the use of lithium batteries also has an environmental impact: “We have not yet studied this in detail because we are still in the prototype phase. But the environmental drawbacks of this aircraft involve the scarce magnetic materials and the lithium used in the batteries. But as more and more electric vehicles of all kinds are being built, these materials will have to be produced in a sustainable way, including recycling [of the batteries]. On the other hand, burning less fuel is already a benefit.” Researchers at the University of California have analysed the polluting effect that lithium batteries can have, concluding that they pose a risk because they contain elements such as cobalt, nickel, copper and lead. 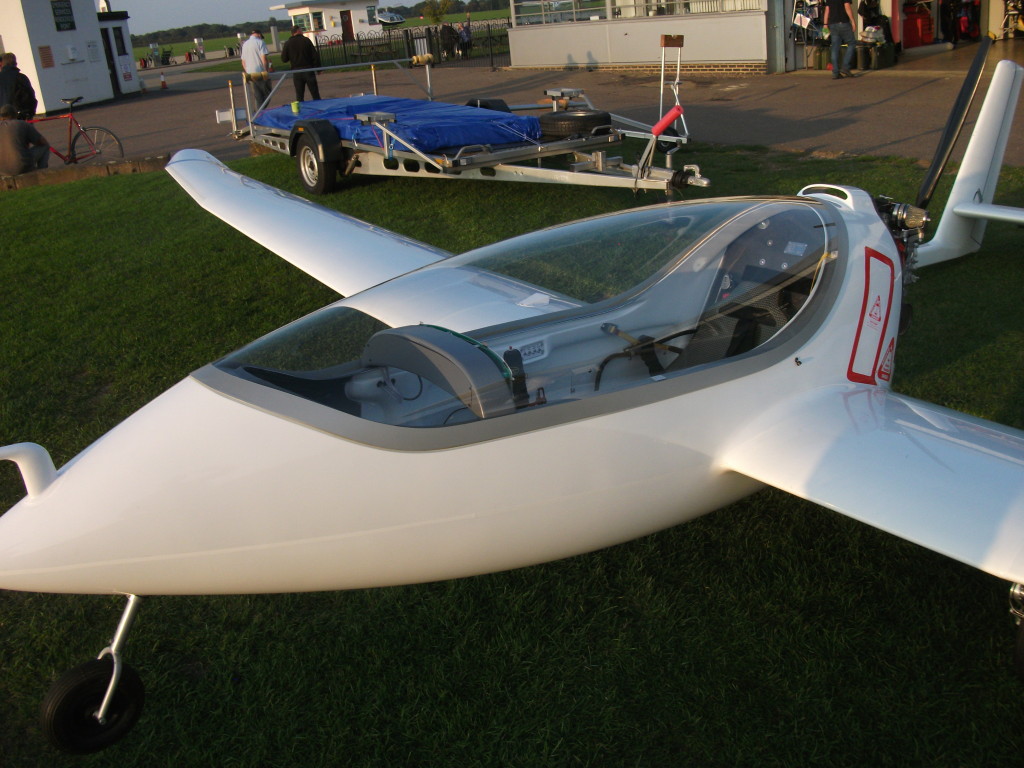 2050 is a key date for the reduction of CO2 emissions worldwide. More than 130 countries have joined the UN-driven coalition that aims to achieve net zero emissions by 2050, in order to meet the target set in the 2015 Paris Agreement to limit the global temperature rise to 1.5°C. In 2019, ICAO reiterated its global goals of improving fuel efficiency by 2% per year until 2050 and achieving carbon neutral growth from 2020; however, the organisation acknowledges that it is still far from these targets.

Since 2011, when Austria’s Diamond Aircraft, in partnership with Siemens and EADS, unveiled the first hybrid aircraft, the Diamond DA36 E-Star, in Paris, there have been numerous developments in this field. At the moment, the Cambridge airplane, as seen in this video, has nowhere near the size or capabilities of a commercial airliner—it weighs just 120 kilograms and flies at a height of about 460 metres—but this could change in the medium term: “For a large aircraft, the energy density of the batteries is the main technological limitation. But this is improving at the rate of 5% per year. So with what will be available 10 to 20 years down the road, it would be feasible to use hybrid propulsion in a much larger aircraft, and in 30 years’ time, in a commercial airliner.”

Following the success of his prototype, Robertson continues to work on hybrid propulsion systems for aircraft of different sizes, a goal also pursued by many other projects. US-based Zunum Aero and UK-based Samad Aerospace are revving up their engines to bring their hybrid models to market. The UK’s Faradair is also working on an aircraft that will evolve from hybrid to pure electric and is described by its creators as a “flying van”, capable of taking off from a 300-metre runway to carry 18 passengers up to 1,150 miles. It aims to start flying in 2026. France’s VoltAero is working on its Cassio 2 model, which will cover journeys of up to 3.5 hours for nine passengers, with a target launch date of 2022.

Some projects are even more ambitious: in 2020, Electric Aviation Group (EAG) presented a design for a 70-seat hybrid aircraft with a range of 800 nautical miles to cover domestic and short-haul international flights. According to Kamran Iqbal, founder and CEO of EAG, only large aircraft will be able to meet the requirements of decarbonisation of air transport. The company expects to bring its aircraft into service in 2028. Among the big players in the sector, Airbus and Rolls Royce launched the E-Fan X project in 2017, a hybrid aircraft with three conventional engines and one electric engine, which has paved the way for future developments along these lines.

Meanwhile, industry experts are following these developments with the utmost interest, but also with caution: electrification is undoubtedly set to revolutionise aviation, but it will not be a smooth or immediate take-off. Hybrid technology may reach small private aircraft and even regional flights in the next decade, but for large medium-haul aircraft, let alone intercontinental ones, experts predict that even in 2050 we will still be flying with traditional engines.

Who will Lead the Fight against Climate Change?