Does Laboratory Meat Have a Future?

Not only is the freshwater supply suitable for human use limited, but also it is unequally distributed, both geographically and temporally. Add to this the fact that man is not only contributing to the contamination of water resources, but is also mismanaging them. For these reasons water, and the so called Water Crisis that we are living, for several decades has been an especially relevant issue for the international community.

What is the Water Footprint?

As a consequence of the special attention given to the water problem, the concept of the Water Footprint has arisen, defined in 2003 by Arjen Hoekstra, expert at the UNESCO-IHE institute. The concept begins with the intention to quantify the accumulated volume of freshwater consumed by any particular person, organization or country during one year, in the production of goods and services, taking into account that it is not referring to the simple volume of water, but at the same time to the type of water being used (green, blue, grey), and when and where it is being used.

It is a tool developed to try to explain virtual water transfers and demonstrate to the consumer the ways in which their patterns of consumption can affect water resources. A common example is to compare the water footprint of coffee with that of tea. To produce a standard cup of coffee in Holland requires 140 liters of water, consumed mainly in the cultivation phase. However, to produce a cup of tea only requires on average 35 liters of water. Thus, our consumption habits determine the impact we have on the water resource system. 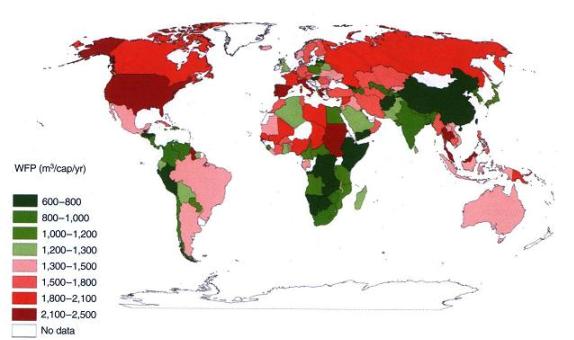 Difficulties in the calculation of the Water Footprint

Being aware of this problem, we decided to develop a project of evaluation of the water footprint of an important Spanish company. Although it is still in the phase of development, this space will be useful for me to share the difficulties which we have encountered up to now, in case it is of interest to some of you.

Over the past few years, various initiatives have been launched with the aim of developing and standardizing analytical tools to measure and evaluate the use of freshwater. One of the initiatives, which we have selected for our project, is that developed by The Water Footprint Network (WFN) in their guide “Water Footprint Assessment Manual” (2011).

This is a relatively recent manual, which one could say is still in “a probationary stage”. It consists of 4 distinct phases:

As one would expect, the greater the scope, the more difficult the calculation. In this sense, the methodology allows the user to decide up to what point he wants to go. If the study covers, apart from the installation itself, the process or activity, and the supply chain,  the difficulties multiply in the following phases of the evaluation.

Water footprint accounting is relatively straightforward. The methodology defines a series of formulas for calculating the green, blue, and grey water footprints. Although the formulas in themselves are simple, the difficulties very often lie finding the necessary data to be applied. Therefore, if the footprint is being evaluated for a company, in part or whole, it is fundamental to count on the collaboration of the company to be able to have access to the data. 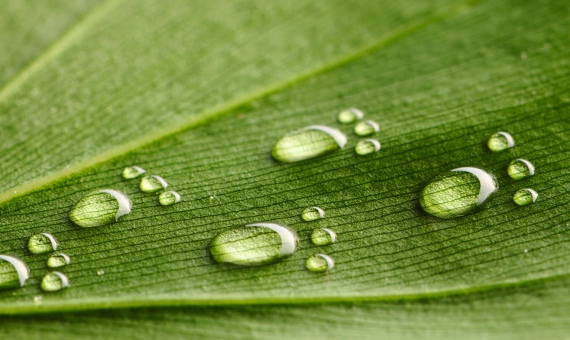 The assessment of the water footprint sustainability is the heart of the methodology. A number by itself doesn’t mean much when we are talking about impact on hydrological resources. To know what the data obtained really means, it has to be placed in its environmental, economic and social context. It is the phase that gives meaning to the accounting. But once again, to carry it out rigorously as it should be done, it becomes more complicated when particular data is needed, and more so if you try to find data for recent years or with a certain degree of detail.

To sum up, the biggest problems we have come across up to now when applying this guide are the aforementioned lack of data, and the scarcity of reference literature to go to for guidance for the correct application. We must take into account that so far there is not much expertise in calculation of water footprints, and a lot of what there is, is not always made public. For these reasons the methodology is being kept open to receive suggestions from those who try to apply it, so that, in time, it could be possible to create a simple, trustworthy methodology that will allow us to obtain useful results which lead to a real improvement in water management.
Other methodologies

Parallel to the methodology developed by the Water Footprint Network, we find others such as that recently launched by the European Union to evaluate the ecological footprint, or the ISO 14046 standard which is currently being drawn up, and which, just like the others, is intended to harmonize the calculation of the footprint and simplify communication of information about the environment. In both cases, there is a clear tendency to set the development of the methods of evaluation of the water footprint in the framework of Life Cycle Analysis.

Evaluation of the water footprint allows us to know how and where pressure is building up on the global water resources, but we shouldn’t stop just there. Evaluation should always be directed towards making a response by implementing improvements. It would seem that interest on the part of businesses and governments iin this concept is constantly growing. It is undeniable that a rational usage of water resources will be “profitable”. This is something that the technical world should take advantage of. We should make use of this “profitability” to motivate businesses and institutions to use these tools and so improve the management of a resource as fundamental as water.

Similarly, clear and understandable information should be transmitted to the consumer, to establish some evaluation methods that can count on worldwide recognition, and that allow comparisons to be made between water footprints within the same productive sector. This is, and should continue to be, the objective of the various initiatives mentioned.

Although it is true that there are still some factors that need to be refined in the evaluation of water footprints, the whole group of existing methods can already help us to understand the challenges which human beings are facing, and serve as a primary basis for taking strategic decisions with respect to water.

This text has been written by Marisa Sánchez Urrea and originally published in the i-Ambiente webste.

Business
Business and the Circular Economy
Environment
Bees and Men, and Vice-versa
Environment
If Aerosols Change, the Climate Changes

Why we Need Public Policies to Curb Greenhouse Gas Emissions