Six Technologies to Look Out For in 2019

Humans have always been fascinated by how language emerges: how do we learn to speak? How is it that children can learn complex grammatical structures and memorize a language’s extensive vocabulary following no method at all, while an adult finds it enormously difficult to master a foreign language? 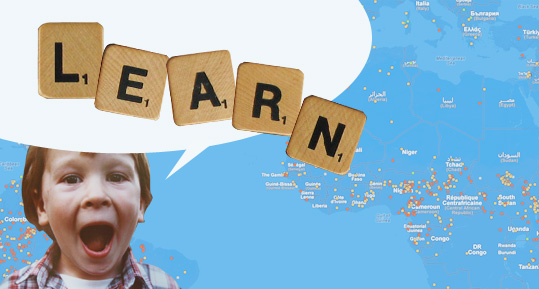 Three year old children the world over know the rules and structures of their languages, no matter how complex they may be, and can even correctly use terms that they have never heard before (which is why they make mistakes with irregular conjunctions), and yet we do not fully understand the process by which language is learnt in the early stages of life.

Noam Chomsky (in his book Syntactic Structures, published in 1957 as a summary of his doctoral thesis The Logical Structure of Linguistic Theory, which was not published until 1975) floats the idea of generative linguistics: assuming that languages are learned in a similar way in all cultures, he suggests that there is formal knowledge prior to experience, something like a genetic predisposition to learning language and universal grammar. This challenged the previously accepted behavioral theories. Generative grammar puts the focus on syntaxes and the set of rules that determine the construction of grammatically correct sentences.

One initiative that aims to discover the mechanisms used for language learning is the Human Speechome Project, run by the MIT Media Lab. The project aims to improve models for communications between man and machines. Researchers recorded a child’s voice in his own environment over the course of his language learning process, up to three years of age, following how the boy naturally began forming linguistic structures, acquiring vocabulary, pronouncing words in an approximate way, correcting his speech and striving to improve communication.

We do not learn a language, it is thrust upon us. We do not choose our own language and we cannot change it in case we are not understood, which would mean language losing its function (synchronic vision). However, languages evolve as culture evolves; language is a direct heritage of culture.

This is why it is so vital that the thousands of languages now spoken across the world be preserved. The Endangered Languages Project, backed by Google, aims to support language preservation, recognizing that each language is distinct and holds the key to different cultures.

Moving Toward Social Change: the Role of Life Experiences