How Many Earth-Like Planets Are There in the Universe?

Working towards the End of Plastic

As Blockchain becomes more widely used in all sorts of different industries, it’ll also start to receive more attention from regulators and lawmakers, especially if governments can find ways to use Blockchain technology on a large scale. And let’s not forget that cryptocurrency is technically classed as a property and not a currency when it comes to taxation, at least in the United States. 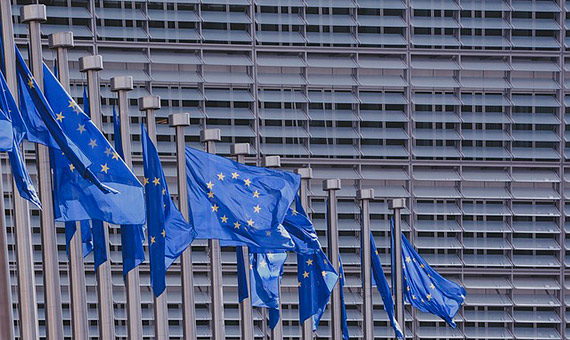 Whenever a new innovation like Blockchain comes along and starts to create large sums of money for those who are able to take advantage of it, it tends to receive intense scrutiny from people in power. But that’s not necessarily bad news for Blockchain, because additional interest in it from powerful organizations may help to increase consumer trust whilst providing the framework needed for further growth. [2]

Unlike other traditional businesses, the banking and finance industries don’t need to introduce radical transformation to their processes for adopting Blockchain technology. After it was successfully applied for the cryptocurrency, financial institutions begin seriously considering Blockchain adoption for traditional banking operations.

In recent PWC report, 77 percent of financial institutions are expected to adopt Blockchain technology as part of an in-production system or process by 2020.

Though the concept of Blockchain is simple, it will bring considerable savings for banks. Blockchain technology will allow banks to reduce excessive bureaucracy, conduct faster transactions at lower costs, and improve its secrecy. One of the Blockchain predictions made by Gartner is that the banking industry will derive 1 billion dollars of business value from the use of Blockchain-based cryptocurrencies by 2020.

It’s inevitable that governments will have to recognize the benefits of Blockchain-derived currencies. At the rise of Bitcoin, governments expressed their skepticism regarding the particular application of cryptocurrencies. However, they had to worry when Bitcoin became a tradeable currency that couldn’t be controlled by any government. 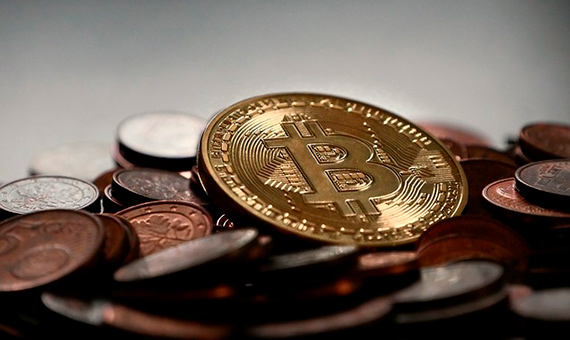 Although, some countries like China still ban Bitcoin exchanges, we should expect that governments will finally accept the Blockchain-based currency in 2019 because of its potential advantages for public and potential services. By 2022, Gartner predicts that at least five countries will issue a national cryptocurrency. [4]

The idea of the distributed ledger is also very attractive to government authorities that have to administrate very large quantities of data. Currently, each agency has its separate database, so they have to constantly require information about residents from each other. However, the implementation of Blockchain technologies for effective data management will improve the functioning of such agencies.

Estonia has already implemented Blockchain technology on the government level. Almost all public services in Estonia have access to X-Road, a decentralized digital ledger that contains information about all residents and citizens. The technology uses an advanced encryption technology and includes 2-factor authentication, enabling people to control their own data and be sure in its security.

According to Gartner, by 2022, more than a billion people will have some data about them stored on a Blockchain, but they may not be aware of it. [4]

Blockchain experts will be in high demand

Despite Blockchain is on the top of its popularity, the job market experiences a lack of Blockchain experts. Upwork, an online freelancing database, has recently reported a fast-increasing demand in people with “Blockchain” skills. While the technology is new, there are a limited number of Blockchain engineers. [4]

One of Blockchain’s most promising use cases lies in the fact that it has to potential to facilitate certain parts of an AI implementation. In order for AI to function, machines require access to big data. Up to now the processing of big data has not been economically viable. However, with the support of the Blockchain, this may all change.

Blockchain can provide the data authentication on which AI models depend since the data stored on the ledger cannot be changed and is available publicly. That makes data stored in a Blockchain more relevant than data that is delivered on unproven platforms that have embedded errors. [6]

The quest for artificial intelligence has been a long-standing one. Ever since the emergence of computers, scientists have been looking for ways to develop thinking machines. AI is basically an algorithm that allows machines to exhibit functions that they weren’t programmed for. The most complex devices on the planet still only work within the limits of their programming algorithms. When successfully implemented, AI will birth machines that can quote “learn how to learn.”

Just like in the case of the IoT, the Blockchain has been identified as having the potential to facilitate certain aspects of the AI implementation. In order to function to its fullest capacity, machines capable of learning require access to “big data.” The majority of the big data available for mainstream use is reserved for analytics. Exchange of big data hasn’t been economically feasible but with the aid of the Blockchain, this could all change.

Blockchains can provide a secure environment for big data owners to connect with AI developers. By so doing, complex machine learning algorithms can be developed to help smart devices take advantage of the data available to them in order to achieve artificial sentience. [7]

Ethereum is a well-known platform for Blockchain technology but it has a major fundamental flaw; its highly inefficient usage of the Blockchain’s processing power, other Blockchain platforms are emerging to fill the gap. Instead of Ethereum, dApp developers are turning to other Blockchains, such as NEO and Hyperledger.

NEO offers an advantage over Ethereum because instead of proof-of-work, it makes use of an energy-efficient consensus mechanism known dBFT (decentralized Byzantium Fault Tolerant). As a result, NEO can process transactions at a much faster rate of 10,000 transactions per second.

Additionally, it also supports more computer languages while developers can only use Solidity for Ethereum developer. NEO supports Java, C#, Python and Go, making it a more accessible option for startups and established businesses who are looking to hire DApp developers.

Hyperledger offers a major advantage over Ethereum because it allows developers to create DApps with private Blockchains, as well as, permissioned Blockchains. Hyperledger offers low node-scalability which enables high performance scalability. With Hyperledger, nodes can also assume different roles and tasks in order to reach consensus which enables fine-grained control over consensus. [6]

While Blockchain projects have mostly been focused on taking advantage of the versatility of Blockchain technology, usability has been severely overlooked. In 2019, you can expect to see new projects that aim to make things easier for everyone, for end-users, as well as, developers.

New platforms are making things easier for developers with functional programming languages and easy-to-deploy and customizable Blockchains. On the user end, the end goal is for users to not even know that they are using Blockchain technology. For example, Blockchain developers are building on platforms, which don’t require users to pay fees. [6]

There’s nothing but opportunity ahead for businesses who want to utilize Blockchain. However, most Blockchain application development trends in 2019 require more than just developers. You’ll also need to make changes to your workforce, as well as, your overall business strategy in order to effectively leverage the benefits of Blockchain technology. [6]

A New Science Fiction to Understand What is Coming