The Enigma of the Mayan Ballgame, Ancestor of Our Ball Sports

5 Tips for Setting Up Your Own Security System

Present and future in the fight against Alzheimer's

We live in a world in constant evolution and with a significant variation in what are key skills to work in teams and systems.

When organizations want to create work teams, they use, in first place, internal resources and seek to equip their employees with the skills to lead their organizations to success.

The skills and abilities that are required today to employees of organizations include the ability to create networks, ability to evolve with new technologies, multilingual domain, cultural sensitivity, ethical behavior, critical thinking and creative problem-solving ability, among others.

Many times, so that organizations can build representative work teams of a diversity that complements each other through the competences referred, it is necessary to recruit their (future) employees, not exclusively on the basis of analytical criteria, but also selecting people who are more prone to creativity and who have certain sets of relevant knowledge and skills for innovation. 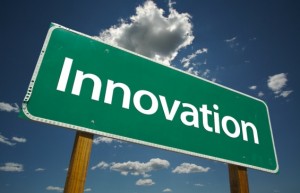 When enabling the diversity of skills and disciplines of its members, organizations build interdisciplinary teams that favor the development of an innovation culture.

There is an advantage in interdisciplinary teams that is worth highlighting, and that results from  the generalist skills of team members , when they have the possibility to discuss third-party interventions in its areas of expertise.

Interdisciplinary teams can be seen as ensembles, which develop environments that

A culture of innovation is developed in confidence and boldness environments despite often also being constrained environments.

As a result of the relationship developed into interdisciplinary teams, learned behaviors are a fundamental difference that they manifest when we talk about a culture of innovation within organizations.

This culture is lived with passion that is fed with the celebration of ideas of all team members who develop autonomy. There failure is not punished and diversity is maximized.

Let’s see what can be a small example:

“Once people have succeeded at a game-changing innovation, the level of energy in the company elevates. Even people who weren’t directly involved are affected through the social networks. It becomes easier for them to expand their idea of what is feasible. Building this sort of capability often has the rhythm of, say, skilled basketball practice: a group of people who gradually learn seamless teamwork, reading one another’s intentions and learning to complement other team members, ultimately creating their own characteristic, effective, and uncopyable style of successful play” – A. G. Lafley

This could be something called pollination of ideas or the “ability to make connections between seemingly unconnected things” that Scott Anthony referred and which translates into four approaches that successful innovators follow:

These findings mentioned by Scott Anthony may mean that the interdisciplinary teams, when they live a culture of innovation, are the favorable conditions for the development of an innovative activity.

However we know that action requires energy and innovative interdisciplinary teams, to develop with success their goals, also require fuel that leverage creativity and innovation.

Daniel Pink on Drive suggests that one of the incentives that we can “create” for people is a sense of autonomy, which allows them to dominate their work, and create a sense of purpose.

Rewards and recognition, especially the balance between intrinsic and extrinsic incentives, influence the way the employees of organizations deal with their responsibilities.

The opportunity to be part of a real world, where each one of us, in its area of expertise, can contribute collaboratively for a common result, is something that organizations should seek to create to provide their real and sustainable development.

Business
Evaluate Ideas without Fear and without Excessive Optimism
Innovation
Do You Believe Innovation Has to Occur Naturally?
Business
There Are Many Ways to Deal with the Mysteries of Innovation

The Four Elements of Modern Chemistry