Music’s Eyes. Beyond the Staff

If we combed the world looking for the most innovative ideas to create a world map of innovation, the result would be “The super nation of innovation”, in Ross C. DeVol’s words, Chief Research Officer at Milken Institute.

This effort to detect, gather and embrace the best innovation in the world, should answer to the challenge of a future economic growth and it would avoid the USA’s having to adopt technology, knowledge and human capital.

According to R. DeVol “Nations with the ability to innovate are better poised to nurture entrepreneurship, attract early-stage risk capital and sustain a diversified ecosystem that bolsters long-term economic growth” 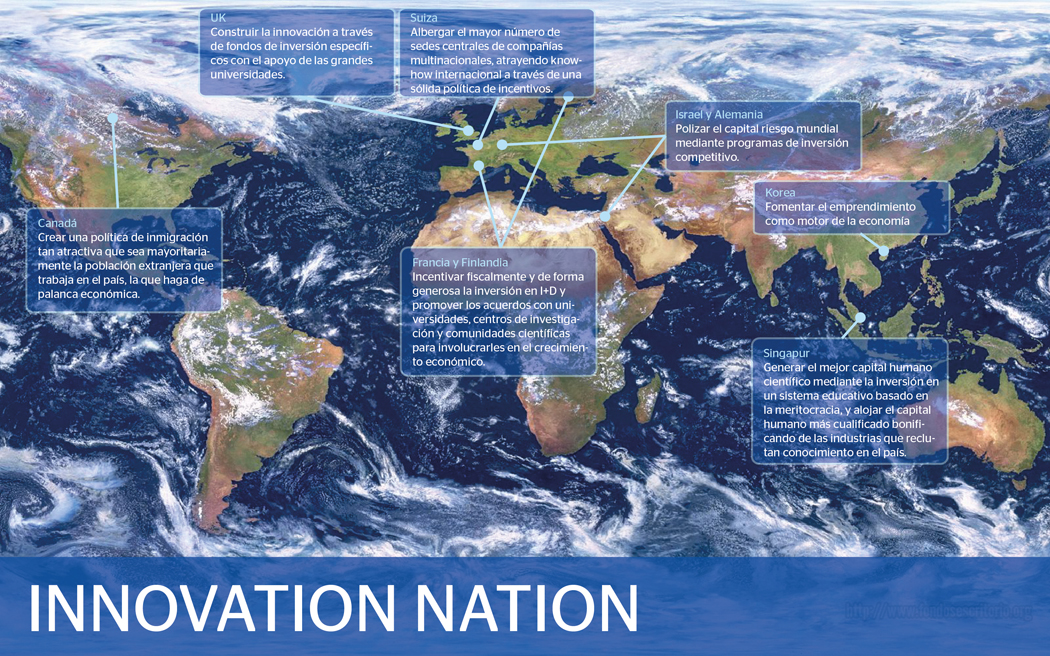 During the State of the Union address Barack Obama set out the same concept: “The first step in winning the future is encouraging American innovation. We need to out-innovate, out-educate, and out-build the rest of the world”

Although some of the answers to this innovation challenge will come from within the USA, for Ross DeVol “Washington`s policies have to take on the cutting-edge advances that are taking place in other countries.

Which are some of these most innovative ideas?

Singapore has been able to generate some of the best scientific human capital through investing in an educational policy based on merit and rewarding local recruitment of human capital by industries.

Canada has such an attractive immigration policy that most of its human capital comes from abroad.

Both countries promote investment in Research and Development (R+D) through an advantageous tax policy and with the signing of agreements between their governments and universities, scientific communities and research centers in order to involve them in a positive evolution.

Today Switzerland is the country where there are more headquarters of multinationals and the reason for is a strong incentive policy.

Both countries are strong in regards to innovation, due to the promotion of venture capital investment through competitive programs.

South Korea is an example of using investment and development in the entrepreneurial system as the engine of the economy.