Whatever Happened to... Mind Reading?

How the COVID-19 Pandemic Will End

Does Smart Clothing Have a Future?

Lazarus Animals: Extinct Species that Have Been Resurrected

From time to time, nature challenges biologists and naturalists with the reappearance of creatures that disappeared centuries ago, condemned by some natural catastrophe or classified as fantastical. These animals, like Lazarus, are resurrected before our very eyes. This photo gallery presents some of the most remarkable resurrections. 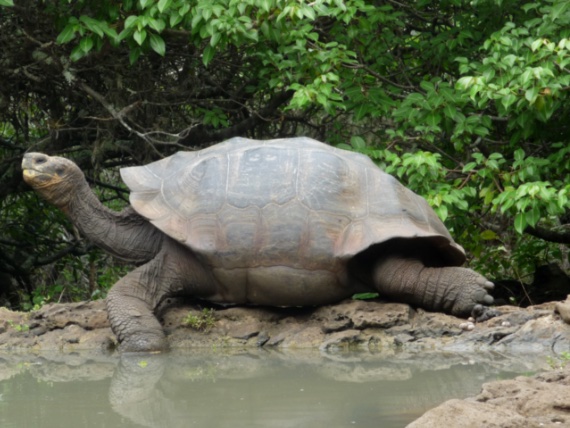 When explorer Rollo Beck landed on Fernandina Island in the Galapagos archipelago in 1906, he discovered a fantastical creature: a giant land tortoise whose voluminous saddle-shaped carapace seemed an invitation to riders. After being captured and killed, the specimen became part of the collection of the California Academy of Sciences, where it has remained ever since. The presence of these turtles on Fernandina was never recorded again, so for many years it was thought to have been a freak of nature, an exceptional specimen that had been carried to the island by a big storm, or been abandoned there by sailors or the inhabitants of a neighbouring island. The discovery of turtle droppings on the island, first in 1964 and again in 2014, kept the intrigue alive.

The mystery was finally resolved in 2019 when another giant tortoise was discovered. It was such an unexpected find that even those responsible for the discovery questioned whether it was really another specimen of the mythical species or a tortoise of one of the species present on the neighbouring islands that had accidentally reached the Fernandina coast. But a comparison of its DNA with that of the museum specimen and thirteen other Galapagos giant tortoise species confirmed that it was indeed the Fernandina Island Galapagos tortoise (Chelonoidis phantasticus). The new tortoise, given the name Fernanda, is a female of about 50 years of age and currently resides at the Galapagos National Park Tortoise Centre. 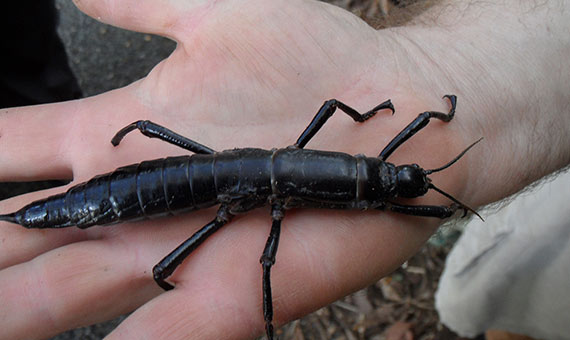 By 1930 it was assumed that this stick insect had been exterminated. Credit: Granitethighs

The Lord Howe Island stick insect (Dryococelus australis)  was discovered in the nineteenth century when the island that gives it its name, located in the Tasman Sea some 600 kilometres off the east coast of Australia, became a whaling settlement. Almost immediately, rats from the whaling ships reached the mainland and began to decimate the population of this imposing phasmid, some 15 centimetres long and weighing 25 grams.

By 1930 it was assumed that this stick insect had been exterminated. However, in 1964 some climbers found the corpse of a presumed specimen on Ball’s Pyramid, a steep island 23 kilometres from Lord Howe Island. In 2001, an expedition managed to locate 24 live specimens.

Two breeding pairs were transferred to the Melbourne Zoo, where by 2012 there were already 9,000 descendants ready for reintroduction onto the island, once it was confirmed that the Dryococelus from the islet was the same species as Lord Howe’s. This was recently verified by comparing the genetic material of the new specimens with that of the specimens collected by nineteenth-century naturalists and present in museum collections. 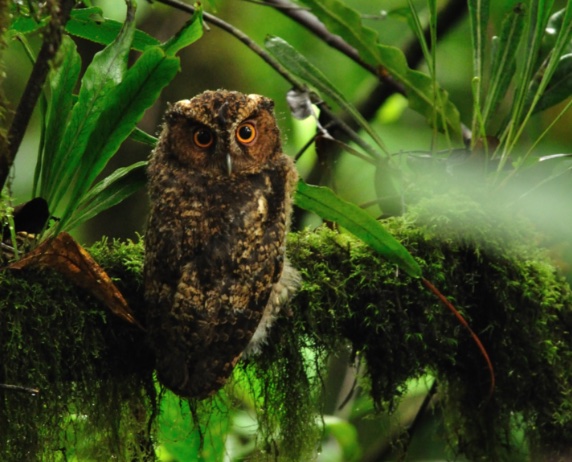 The diminutive Bornean Rajah scops-owl, considered a subspecies related to the Sumatran Raja scops-owl, has not been sighted since 1892. Credit: Wikimedia Commons.

At the end of the 19th century, the mountain rainforests of the island of Borneo, in the Malay archipelago, were still inhabited by a subspecies of Rajah scops-owl. We know this thanks to a single specimen sighted in 1892. Since then, nothing, so the bird had been considered extinct for decades. Then, in 2021, researchers at the Smithsonian Migratory Bird Center announced that they had managed to spot and photograph another specimen.

At just 100 grams in weight, the diminutive Bornean Rajah scops-owl (Otus brookii brookii)— which owes its common and scientific names to James Brooke, Rajah of Sarawak—is directly related to the somewhat less elusive and therefore better studied Sumatran Raja scops-owl. And although the two birds are officially considered subspecies, some experts, including their rediscoverers, suggest that they are distinct species, given the differences they exhibit. These differences are the result of speciation, a phenomenon typical of archipelagos such as Malaysia and caused by the isolation of populations on each island. 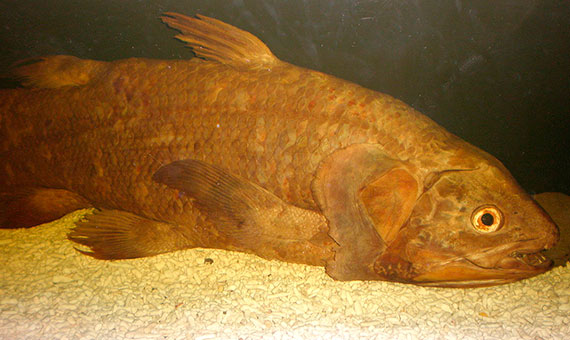 In 1938, the curator of the Museum of Natural History of South Africa discovered unusually fresh specimens of coelacanth among the catches of a local fisherman. Credit: BrokenSphere

From the existing fossil record, the coelacanths were considered a prehistoric order of bony fish. They were situated on an extinct lateral branch of the vertebrate lineage—close, though separate, which led to the common ancestor of all tetrapods, including humans—and would have inhabited the seas of the planet during the Cretaceous, before disappearing 65 million years ago during the great extinction that finished off the dinosaurs.

But in 1938, the curator of the Museum of Natural History of South Africa, Marjorie Courtneay Latimer, discovered unusually fresh specimens of coelacanth among the catches of a local fisherman. The species was named Latimeria chalumnae, and although it was a different genus from the existing fossils, it was part of the order of the coelacanths.

But more surprises were to come. In 1997, new specimens were caught off the coast of Sulawesi, in Indonesian waters, far from the Indian Ocean and the Comoros Islands where the South African fish had been caught. The genetic analysis found that they were two different subspecies that would have split and differentiated millions of years ago. Thus there are currently two varieties of this living fossil: the initial one, from the western Indian Ocean, and the more recent Indonesian coelacanth (Latimeria menadoensis). 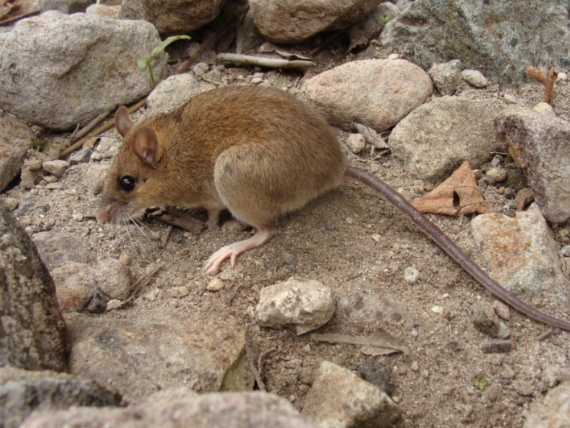 The Pinatubo volcano mouse not only survived the massive volcanic eruption of 1991, but has become the most ubiquitous species on the Philippine island of Luzon. Credit: Field Museum.

In 1991, the massive eruption of Mount Pinatubo—the second most powerful of the 20th century—on the Philippine island of Luzon, spewed out tons of lava, dust and ash that devastated the area around the caldera and buried it under a layer tens of metres thick. Subsequent typhoons and monsoons in the area shook the ground and caused landslides. All this completely destroyed the forests that covered the slopes and which, 30 years later, have barely begun to recover.

In the eyes of biologists, this chain of catastrophic events doomed the endemic flora and fauna of the area, including the Pinatubo volcano mouse (Apomys sacobianus). The survival of this small rodent, discovered in 1962 in the area around the caldera, had been cast into doubt due to the prolonged absence of sightings. However, field surveys carried out to study the surviving fauna have confirmed that the Pinatubo volcano mouse is still alive and kicking. Not only that, but in the absence of competition, it has proliferated to become the most ubiquitous species, demonstrating its ability to escape and survive. 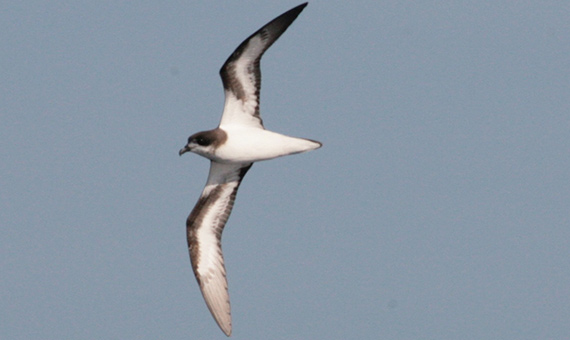 Around 1620, the Bermuda petrel was considered extinct and it retained this status until 1951. Credit: n88n88

There was a time when the Bermuda petrel or cahow (Pterodroma cahow) was so abundant on this Atlantic island that the first European navigators who reached it at the end of the sixteenth century called it an island of demons and shunned it for the fear that the sound of the mating calls of these seabirds inspired in the sailors. However, they soon discovered that the creatures responsible were actually a potential food source, easy to hunt and their delicious eggs were within reach as the birds nested at ground level.

The domestic animals introduced onto the island by the explorers also discovered the birds, and not long afterwards, around 1620, the Bermuda petrel was considered extinct. It retained this status until 1951, when a small colony comprising 18 breeding pairs was rediscovered on 4 neighbouring rocky islets barely one hectare in total.

Since then, efforts to recover the petrel constitute an ode to survival. They have had to overcome everything from hurricanes and tsunamis, which ravaged the islets, to light pollution from a NASA base that for years interfered with nocturnal mating rituals. Despite this, the population of petrels has increased from 18 to more than 90 breeding pairs in three generations. 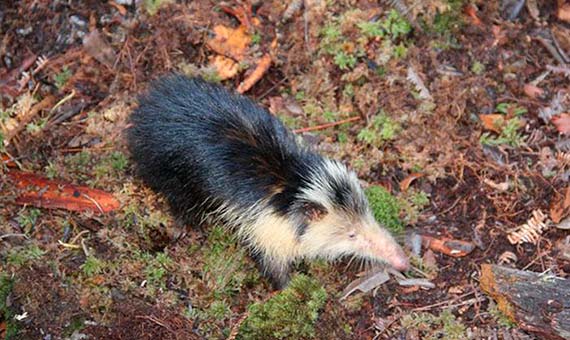 It is believed that a tiny population of almiquís survives in the eastern region of Cuba. Credit: Gerardo Begué Quiala

The Cuban solenodon or almiquí in Spanish (Solenodon cubanus) is a small and primitive mammal characterized by an elongated snout like a proboscis or a trunk and is known for producing toxic saliva, something very unusual in mammals. With its venom, it can kill lizards, frogs, small birds, or even rodents.

According to the fossil record, scientists believe that species of the genus Solenodon inhabited much of the Americas about 30 million years ago. In terms of the almiquí, endemic to Cuba, it is thought that in the pre-Columbian era it still populated the whole island, but with the arrival of the Spanish conquistadors and the introduction of rats and domestic animals that competed with it and/or preyed upon it, its numbers would have declined rapidly.

In 1861, the German naturalist Wilhelm Peters discovered the Cuban solenodon for science. From 1890 to 1970, no other specimens were identified, and just when scientists had resigned themselves to declaring it extinct, three new specimens were captured between 1974 and 1975. Then it promptly disappeared again. In 2003, when it was once again assumed to be extinct, a Cuban farmer caught a new example.

At present it is believed that a tiny population of almiquís survives in the eastern region of the island, in the most remote part of the Sierra de Cristal and the Alejandro de Humboldt National Park. 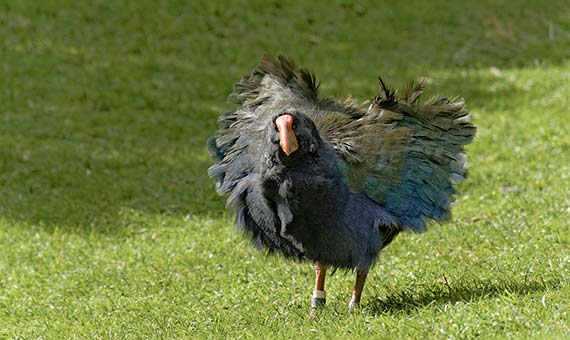 Currently there are about 440 specimens of takahe. Credit: neil.dalphin

The history of the South Island takahē (Porphyrio hochstetteri) could have been the same as that of other birds of the New Zealand fauna, such as the extinct moas. It is believed that the ancestors of the takahē flew to New Zealand from Australia millions of years ago. Once installed in the new territory and in the absence of natural predators, they increased in size while losing their ability to fly.

This circumstance was about to impose its death sentence when the birds became an accessible and tasty food source when Polynesian explorers discovered the lands. Then in the nineteenth century European settlers arrived, bringing with them their “imported” animals: rats, cats, dogs, pigs, sheep, deer… This caused a drastic decline in their population and in 1898 the takahē was declared extinct.

However, as a result of some alleged sightings, an expedition to the Murchison Mountains was organized in 1948, leading to the rediscovery of the takahē in the vicinity of Lake Te Anau. Since then, efforts to recover the species have paid off  and its population now exceeds 440 specimens.

Algorithms that Help Save the Planet