The Viking Technology that Conquered the World

Where Are the Earth’s Real Lungs?

According to Aristotle’s theory of vision, the sense was made possible by the eyes’ ability to receive information from the observed object (its color). The information received (sent through the air from the object to the eye) translated into an understanding of the qualities of the object, which would be sensed by the soul. Manuel de León (ICMAT-CSIC) discusses the Greek philosopher’s thinking in this latest entry of the Mathematics of Light series.

“Once upon a time in the West, in Spain, to be exact, a collection of documents that had lain in darkness for more than one thousand years was brought to light, and the effects of the discovery were truly revolutionary. . . .” 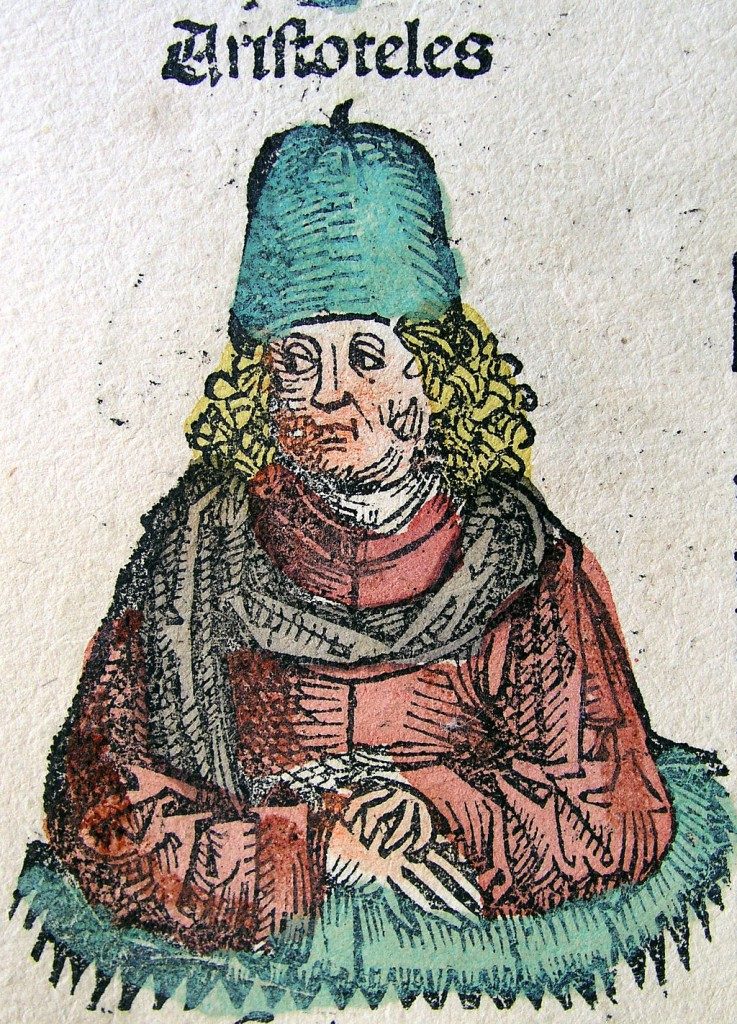 Aristotle is, of course, one of the giants of Western thinking. He was born in 384 BC in Stagira (Macedonia, Greece) and died in Chalcis (Island of Euboea, Greece) in 322 BC, and was tutor to Alexander the Great. He studied at Plato’s Academy and decades later founded the Lyceum in Athens, where he also taught. His disciples were known as the Peripatetics (itinerants), due to their habit of walking about as they spoke and lectured.

Aristotle was interested in all fields of science, and his influence would last well into what became known as the scientific revolution. He counted great discoveries among his achievements, but there were false theories too, and both would endure for centuries.

In the case of vision, Aristotle disagreed with both the theories of emission and intromission. Regarding Democritus’ belief that objects stream images that reach the eye, he contended that vision should therefore be possible via other objects and not just the eyes. There must be something more than a mechanical phenomenon at work.

Nor did he accept the Pythagorean and Platonic theory that the eyes emit a substance, which touches objects and combines with sunlight to produce vision. In that case, argued Aristotle, we should also be able to see in the dark.

He proposed another explanation: when an animal perceives an object, its eyes take the form of said object. Thus, if I look at an orange, my eyes have the potential to perceive the form of an orange. In other words, when I look, my eye acts and changes: “When the eye is activated, it is similar to and has the same character as the sensible object”.

His theory applied to any kind of perception. This was Aristotle’s general understanding:

1) each sense corresponds to a particular organ (vision to the eyes);

2) each sense has a medium for communication (channel), such as water or air;

3) each sense has its own object, such as color in the case of sight;

4) the proper object of a sense is the qualification of an external object. For example, in the case of sight the color red qualifies a tomato;

5) there is a causal process leading from the object to the sense-organ via the medium;

6) the quality of the object is thus transferred to the eye and the soul. Once the quality has reached the eyes, these send information via the blood vessels to the heart, which has the job of distinguishing among all the signals that it receives.

In his writings, Aristotle mentions the typical sight defects caused by lens problems, short and long-sightedness. This is when the image forms behind or in front of the retina, respectively. It is striking that centuries would pass before such phenomena would be subject to study.

This article was posted on the madri+d mathematics blog

Beliefs
What Can a Philosopher Do for your Team?
Research
Resistance to Antibiotics: the Clinical Madness that is to Come
Geopolitics
Zealandia: What is the Interest of Having a New Continent?