Genetics Brings Us Closer to the Mystery of the Atapuerca Man: Was He Our Common Ancestor With the Neanderthals?

We Can Have a Positive Impact on Aging

The History of the Number Pi

The Uberization of Journalism: Blockchain Technology

The columnists of The Guardian, the British cosmopolitan left-wing daily, remind their readers at the end of their articles of the need to contribute financially to the survival of independent journalism. This call for collaboration is linked to the recent election of Donald Trump as U.S. president. They are not the only ones. Several newspapers in Spain also ask their readers for donations to support a form of journalism independent of power.

It has been a quarter of a century since the Internet’s Web, as we know it today, arrived in computers around the world and delivered the first decisive blow to the media industry. The second one arrived ten years later, in 2004, with the emergence of the so-called Web 2.0 and its ability to enable interaction among users. Wikis, blogs and the social media are all offspring of Web 2.0. Facebook was born the same year.

In the ten years elapsed from the emergence of World Wide Web and Web 2.0, the owners and executives of media corporations and companies were unable to appreciate the approaching tsunami. The industry’s inertia, which according to some dates back to the appearance of the printing press, could be guilty of not accepting that information and communication technologies, as the Austrian Peter Drucker wrote, have radically transformed the economies, the markets, the industries, the services and the labor market. 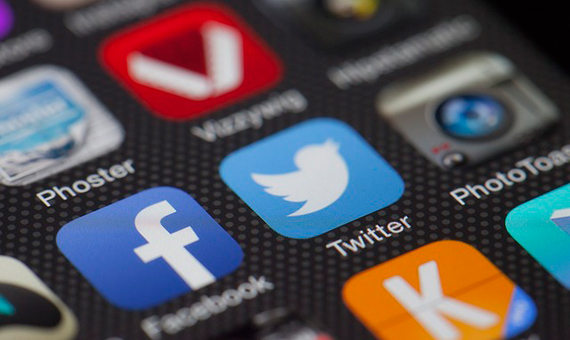 In 2008, just four years after Mark Zukerberg created the social network Facebook to communicate with his friends at Harvard and the great global economic crisis erupted, someone named Satoshi Nakamoto published that he was working on a new e-money system. A year later, in January 2009, the first version of Bitcoin appeared and a few days later the first bitcoin transfer was made. Two years later, Wikileaks, “an international non-profit organization” according to Wikipedia’s definition, announced the acceptance of payments in bitcoins. From that moment on, this cybercurrency, which does not need supervision by any central bank, was the talk of the town. Obviously, before then it had already been on the agenda of banks. Its ability to eliminate third parties when making monetary transactions made banks aware of the technology underpinning the Bitcoin protocol, Blockchain. Nicolas Cary, co-founder in 2013 of Blockchain, the Bitcoin software company that in 2014 raised 30.5 million dollars in its first funding round, referred to this technology as the Holy Grail of Fintech.

There is no doubt that one of the greatest achievements of Blockchain, which Netscape founder Marc Andreessen defines as “the ledger of digital events shared by many different parties”, is having decentralized trust. It is this decentralization that enables the elimination of middlemen in many business processes and services.

Thus, even though banking is one of the industries hardest hit by the emergence of this technology, which many consider as disruptive as the Internet when it appeared, Blockchain has extended its tentacles to nearly all sectors: transportation, energy, video games, insurance or the Internet of Things. Luis Sabarich, head of Blockchain at IBM Spain, said in an interview that this technology will democratize the markets even more than the Internet and lead to more collaborative and decentralized environments.

It is precisely in this new context where the media industry will once again be surprised by a new technological innovation, in this case by Blockchain. There are currently platforms such as Steemit, that rewards users who publish content with steems, which can be exchanged for bitcoins within the platform. Likewise, users must also pay to access the contents.

Another similar platform is DECENT. This website, which defines itself as a distributor of decentralized content, is aimed at journalists or bloggers who want to publish uncensored contents. As happens in Steemit, authors are also remunerated with no middlemen.

Worth mentioning in the audiovisual media is SingularDTV , a digital content platform based on Blockchain and built on the Ethereum network. Like Steemit and DECENT, is also uses a cryptocurrency to pay artists and creators.

In relation to the emergence of these new platforms, Alberto Gómez Toribio, CEO of CLLuc, a startup connected to Grupo Barrabés, explained to CriptoNoticias that within five years the media sector will undergo a major transformation. “A great platform will emerge, similar to Uber or Airbnb, that will disintermediate the media, just like Uber did with taxis”. Góméz Toribio said that he already knows of some agencies that are experimenting with Blockchain technology, not like DECENT or Steemit are doing, but to find out about the profit of an article written and published in a medium. In such a way that the profit can be passed on to the professional. “It is a change of model in the relationship of the communication agencies’ with the media and journalists”.

Asked about how Blockchain technology will affect the profession of journalist, Gómez Toribio said that:

“It will affect centralization and content generation. Platforms can be created for producing contents and although this democratizes and makes it possible to determine which articles generate more profits, it can ultimately be detrimental for journalists because the contents will be linked to the generation of revenue”.

Why is it so difficult for the large media to innovate and adapt to major technological changes? Gómez Toribio argues that “it is very difficult to innovate in these companies because it is not enough to contribute an idea that can change the business model and make them earn money. The issue has to do with matching the personal interests of many people in the organization. For this reason these large companies are creating external instruments, such as laboratories or activities linked to startups”.

Referring to how the media should tackle the emergence of Blockchain technology, Leif Ferreria, the creator of Bit2Me, explained that it might be a good idea to experiment with a specific area, for example, an engine or technology, and see what happens.

Here you can access the original article published in criptonoticias.

A Secure Model of IoT with Blockchain