Sebastian Seung Presents the Results of his Study on “Conectoma”

Can Rainfall and Climate Change Increase the Risk of Volcanic Eruptions?

On the nature of risk: cultural values over time and different societies

The perception and valuation of risk is not only based on “political” beliefs. The socio-religious context also plays an important role in risk perception. The World Values Survey Association (WVSA) is a non-profit association that for thirty years has carried out surveys at a global level on sociocultural and political values, broken down by countries. About every five years, it launches a new wave of surveys (which take another three or four years to be completed), allowing us to observe changes in values at a global level.

Two dimensions are used: religion and survival. The religious dimension orders the different countries according to whether religion has a greater or lesser weight in their sociocultural values. The other dimension shows the state of development of societies: a greater weight of survival values (access to drinking water, basic personal security, etc.) at one end; and values of individual expression at the other (freedom of the press, cultural freedom, etc.). 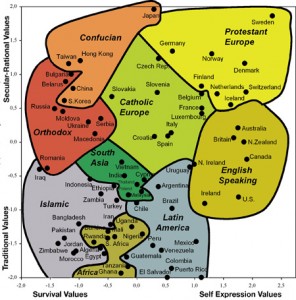 Table 2 (Source: WVSA) shows the distribution according to the two dimensions.

The values of Sweden are very different from, for example, those of Ghana. Thus the risks inherent to achieving and maintaining these values will be very different.

The studies that have arisen from this system of surveys are extremely enriching. The article “How Selfish are Self-Expression Values? A Civicness Test” (Welzel, 2009) investigates whether “self-expression” values, i.e. those that consider the self-expression of an individual, conceal a selfish behavior compatible with the civicness needed in a society. On numerous occasions people say (not exempt of cynicism) that selfishness is the driving force of capitalist society, and that this selfishness is good, to the extent that it pushes society to make progress and improve. The article mentioned above separates selfishness clearly from individualism, and from the benefits that individualism contributes to society. Thus individualism is not a risk for a society that is socially responsible and that aims for sustainable development, but a creative force for innovation, efficiency and economic growth.

To sum up: there is no single definition of risk. From the financial point of view we can quantify it, and there are numerous mathematical models that show us how to do this. However, a broader concept of risk, that actually has profound implications from the economic point of view, has its roots in a socio-economic reality that depends to a large extent on each society and each individual.

If you missed the previous part of this theory, click here.

Business
Getting it Right, the Wrong Way: the Gump Trap
Business
Threats: How to Successfully Survive Ourselves
Business
Risk Perception and Linguistic Relativity