Quantified Self, a Technology that Improves our Well-being

Socio-Neuro-Biology and Prospects for Our Collective Global Future

Estimated reading time Time 6 to read
Although in recent years the study of human social behaviour has gained momentum, its biological and evolutionary aspects remain underexplored. While specific notions such as group selection in evolutionary theory have experienced episodic popularity since Darwin’s best-known publications, what E.O. Wilson called “sociobiology” has been with us for just over half a century. Genetic explanations of social behavior have long been controversial. Criticism largely originates from the assumption that such explanations are determinist and may be used to reinforce discrimination.This was never Wilson’s intention, as he readily acknowledged that genetically-informed instincts were nonetheless significantly susceptible to environmental influences.

Although in recent years the study of human social behaviour has gained momentum, its biological and evolutionary aspects remain underexplored. While specific notions such as group selection in evolutionary theory have experienced episodic popularity since Darwin’s best-known publications, what E.O. Wilson called “sociobiology” has been with us for just over half a century.

Genetic explanations of social behavior have long been controversial. Criticism largely originates from the assumption that such explanations are determinist and may be used to reinforce discrimination.This was never Wilson’s intention, as he readily acknowledged that genetically-informed instincts were nonetheless significantly susceptible to environmental influences.

Recent neuroscientific research has delved into the neurochemical underpinnings and evolutionary influences behind these emotions. Specifically, research on evolving neurochemistry has shown the value in orchestrating environments conducive to positive cooperation—and the consequences of failing to do so.

These recent developments in our understanding of human nature cannot be disassociated from the exponential growth in biotechnological innovation, specifically in synthetic biology. Technological advances have opened new possibilities in physical and cognitive enhancements. Simultaneously, our deepening understanding of neuroscience has provided new applications for technological interventions and entertained the possibility that through neurochemistry, human nature itself could be harnessed. Given these developments, we are rapidly becoming the authors of our own nature. It is critical to comprehend the evolutionary path by which humanity has reached its present state, while simultaneously recognize our growing capacity to tinker with the forces that shape our humanity as well as formulate policy to regulate such manipulation.This is especially true given that our evolutionary inheritance provides us with powerful emotionality, but leaves much to be determined by the contingent circumstances into which we are thrust.

Evolution, Sociobiology and Neuroscience: The Way We Are

Cognitive research and comparative cultural studies have disproved the notion of an innate morality. We do however seem to possess what is known as “genetic memory,” which comprises inherited intuitions such as numerosity, which is proof of inherited numerical aptitudes. Nevertheless, further notions of morality are developed in the course of our existence and are largely dependent on the set of circumstances in which we find ourselves.

The arguments of John Locke drew to a close the long philosophical debate over the presence or absence of innate ideas in untutored human beings, but it was contemporary neuroscientific research that influenced the debate more decisively. Because emotions are neurochemically-induced, they do not vary significantly across cultures. Far from constituting a set of inborn fixed ideas or anything like an innate moral system, our emotionality is a conditioned suite of response mechanisms closely bound up with instincts for individual survival. I have explained this configuration in terms of a predisposed tabula rasa, implying that while we are largely “blank slates,” we are also minimally fitted with basic instincts that always guide us toward survival, or those actions which we perceive as ensuring survival. 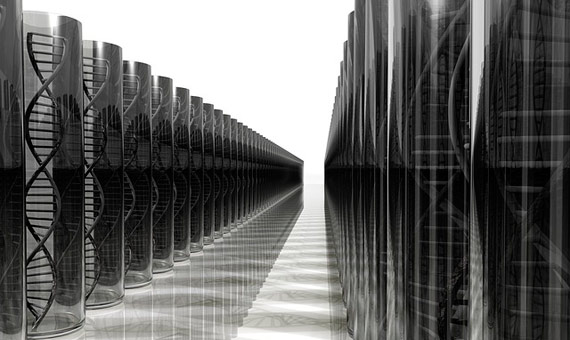 This means that we are significantly egoistic insofar as we are always driven to fulfil our own goal of survival. While it has often been mistakenly inferred that cooperation or a tendency towards sociality disproves this, egoism does not rule out cooperative behaviour. Proof of this lies in our evolution: it has been shown that the same selection pressures responsible for individual survival instincts have also produced a measure of cooperative behaviour, even in very young children. Evidence shows that a rudimentary sense of sociality is part of the set of evolved instincts with which human beings are born, leading some to conclude that a moral sense is inborn after all. Others, however, rightly caution that these same instincts are bound by normative limitations. Such instincts encourage the kind of collaboration with family or closely-knit group members that would be favoured by natural selection, while simultaneously promoting the exclusion and devaluation of “outsiders.” It may therefore be argued that the potential for recognizably moral behaviour occurs at an age prior to significant social conditioning/learning, but it would be a mistake to claim that anything approaching a sense of universal human dignity is built into our nature.

In neurochemical terms, the evolutionary explanation of this proto-social behaviour and its shortcomings are even clearer. Emotions like joy, fear, outrage, and disgust are all neurochemically mediated. They have evolved over the last 200,000 years, and for the majority of the time, impacted human beings in very small groups requiring localized cooperation in order to survive. Both our positive and emotionally-rewarding behaviours have a neurochemical explanation; they correspond to certain neurochemical responses and processes within brain cells. Our emotions, while crucial to our survival and psychological well-being, are thus primitive in an important sense. If a balanced and inclusive society is to be built, our emotions would require a great deal of reflexivity and alignment to social mores.

It is critical to observe that a sustainable and functional social order needs to provide the necessary conditions in which positive emotions can exist. Since our emotions and reactions are mainly products of our environments, we are most likely to be immoral in contexts of deprivation, fear and insecurity, where our first emotions and immediate goals will revert to our pre-programmed survival instincts. The understanding of these predispositions should guide public policy to ensure that the proper conditions are created for humans to develop an interest in social cooperation while avoiding those conditions that bring our survival instinct to the forefront.

Enhancement and Our Global Future: The Way We Will Become

For all the importance of our genetic inheritance in determining much of our behaviour, biotechnology and synthetic biology in particular have progressed to the extent that it could be possible for many of the determinants of our nature to be rewritten, or at least altered. The neurochemical basis of our emotions suggests that they can be readily manipulated, which of course results in significant ethical, societal and political consequences. A simple and evocative example is the deployment of aerosol oxytocin, which is being marketed commercially, and has been suggested for use in police and military interrogation.

Such facts alone cry out for regulatory oversight given the sordid history of interrogation and the various technologies (such as the polygraph) that have been overused to great harm and little positive effect. More generally, the possibility of introducing synthesized neurochemicals to a population or group of people is a cause for concern; undermining the agency of all those affected, and hence directly threatening their dignity and the future of humanity.

Enhancement technologies,which promise to improve physical and cognitive capacities, are bound to figure prominently in the future. They will especially favour those with the necessary resources, who will be able to take advantage of what was, until recently, impossible. Since people with limited resources would be unable to acquire the biotechnological enhancements afforded by the wealthy, there would be a broadening of society’s opportunity and equality gap would only be exacerbated. Examples of the aforementioned technology range from simple and relatively basic procedures such as laser eye surgery to more sophisticated technologies, such as brain-computer interfaces.

A pharmacological example, the medicine Adderall is used as treatment for patients diagnosed with variations of attention disorders, but increasingly it is ubiquitous on college campuses as a concentration enhancer, giving distinct advantages to users. Adderall and its advantages pale in comparison, however, to those nootropics currently in development and others inevitable in the near future relating to cognitive enhancement.

The concern and need for oversight goes in both directions: while those without resources will be disempowered, those with means could also be harmed by products that are unsafe or insufficiently regulated. Furthermore, many such products can be alienating in another, more disconcerting way. They can alter cognitive functions or physical processes beyond recovery, radically changing behaviour or emotions. The move toward greater use of technologies of human enhancement can swiftly degenerate into more profound alterations, bringing us to the stage of transhumanism. At such a stage, humans will have lost essential traits that define them, as well as instincts and emotions developed in the course of our evolution. This is a real possibility as our neurochemistry pre-programs us to feel good. We are essentially driven by what I call the ‘NeuroP5’, a set of five gratification needs which guide our actions: power, profit, pleasure, pride and permanency. Technologies that promise to fulfil or maximize these needs are most likely to gain ground, even if they might be alienating the very same needs in the long-run.

The widening range of possibilities for enhancement demands accompanying caution in their deployment, commercialization and regulation. Our evolutionary inheritance leaves human nature significantly unfinished, in the sense that there is much scope for our moral compass to evolve and develop notions of human dignity and positive win-win cooperation across groups and cultures. It is social, political, and cultural circumstances that will largely determine how we define our morality and the likely survival of our species.

Nayef Al-Rodhan is an Honorary Fellow at St Antony’s College, University of Oxford, and Senior Fellow and Head of the Geopolitics and Global Futures Programme at the Geneva Centre for Security Policy. Author of Sustainable History and the Dignity of Man. A Philosophy of History and Civilisational Triumph (Berlin: LIT, 2009) and “emotional amoral egoism”. A Neurophilosophical Theory of Human Nature and its Universal Security Implications (Berlin: LIT, 2008).
See the original publication of this article here.

More publications related to this article

Leading Figures
Oswald Avery, the Greatest Injustice in the History of the Nobel
Environment
The New Energy Scenarios After the COVID-19 Crisis
Physics
50 Years of European Cooperation into Space Research
Leading Figures
How Much do You Know about Isaac Newton

Proposal of a Dignity Scale for Sustainable Governance

Start Socio-Neuro-Biology and Prospects for Our Collective Global Future