Bakelite, the First Synthetic Plastic to Transform the World

Clowns, Placebos and the Future of the Care Effect

Brain | Health | Medicine | Research
OpenMind
BBVA’s knowledge community
Estimated reading time Time 2 to read
A couple days ago, I came across this slightly old study exploring the effects of having trained clowns participate in the care of fertility patients. The findings, as Time Magazine noted at the time, were striking:

A study of 229 Israeli women undergoing in-vitro fertilization (IVF) to treat infertility found that a 15-minute visit from a trained “medical clown” immediately after the embryos were placed in the womb increased the chance of pregnancy to 36%, compared with 20% for women whose embryo transfer was comedy-free. After controlling for factors such as the women’s age, the nature and duration of their infertility, the number of embryos used and the day on which they were transferred into the uterus, researchers found an even greater effect of therapeutic laughter: the women who were entertained by a clown were 2.67 times more likely to get pregnant than those in the control group…. In the trial, the professional medical clown — who was dressed as a chef and performed the same light routine each time — visited patients during the half-hour after embryo transfer, when women typically stay lying down and allow the embryos to settle in. The idea was to help reduce women’s stress, which laughter has been shown to do, and, hopefully, reap the physiological benefits.

The story reminded me of a burgeoning interest in the idea of strategically optimizing the placebo effect. In just the last month, long features have popped up here, here, and here that offer various flavors of the following argument: Rather than view the placebo effect as statistical noise, why not understand how to harness it to benefit patients? 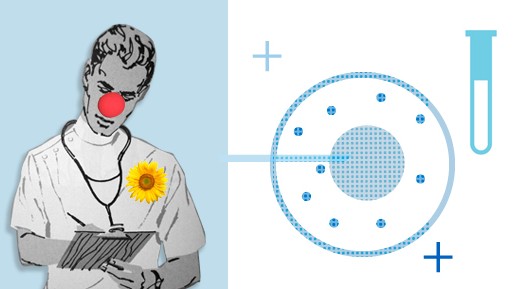 Over at Wired Nathaniel Johnson notes that care providers are coming to think of this not as a placebo effect, but as the “care effect.” Think of this as the effect of the conditions of medical care–how empathetic is the provider, the conditions and context of how the patient is being treated, and so on–which, researchers are coming to realize, really matters. It can, as the Israeli study on medical clowns suggests, mean the difference between whether or not a couple gets to have a child.

What’s interesting here is that while these kinds of effects are undoubtedly not new, our ability to actually measure and understand them is. And what I’m guessing we’ll find is that very little of our health system is actually optimized for the care effect, suggesting that one of the big opportunities in the next decade will be to optimize and enhance the conditions around medical interactions to enhance health.

Evaluate Ideas without Fear and without Excessive Optimism

José Antonio Baldaia
Start Clowns, Placebos and the Future of the Care Effect