Ten Trends of Internet of Things in 2020

Sebastian Seung Presents the Results of his Study on “Conectoma”

Are we a Simulation?

Bichara Khader is Professor Emeritus at the Catholic University of Louvain and Founder of the Study and Research Centre on the Contemporary Arab World. He has been member of the Group of High Experts on European Foreign Policy and Common Security (European Commission) and Member of the Group of Wisemen on cultural dialogue in the Mediterranean (European Presidency). Currently he is visiting professor in various Arab and European universities. He has published almost 30 books on the Arab World, the Euro-Arab, Euro-Mediterranean and the Euro-Palestinian relations. 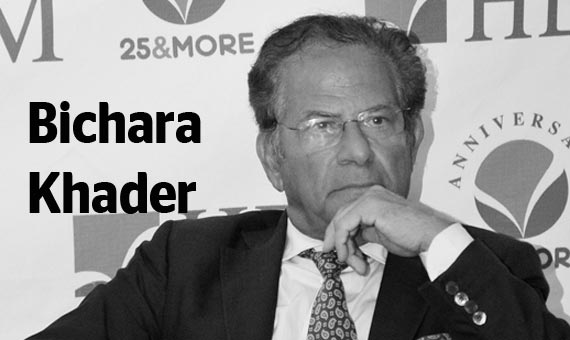 Muslims in Europe: The Construction of a “Problem”

Some 25 million Muslims live in the 28 Member States of the European Union. The vast majority of these Muslims came seeking work and they were needed as they worked in sectors usually referred to as “difficult, dirty and dangerous”. In the 80’s, they started to be perceived not as Immigrants from Morocco, Pakistan or Turkey but as “Muslims”, eventually threatening the social fabric of European societies. The terrorist attacks by tiny groups of Islamist fanatics and the radicalisation of “thousands” of native Muslim Europeans added fuel to the surging anti-Muslim sentiment in Europe. Unless there is a simultaneous effort by immigrants to better integrate in European societies and by European Societies to show openness, tensions may become worrisome.